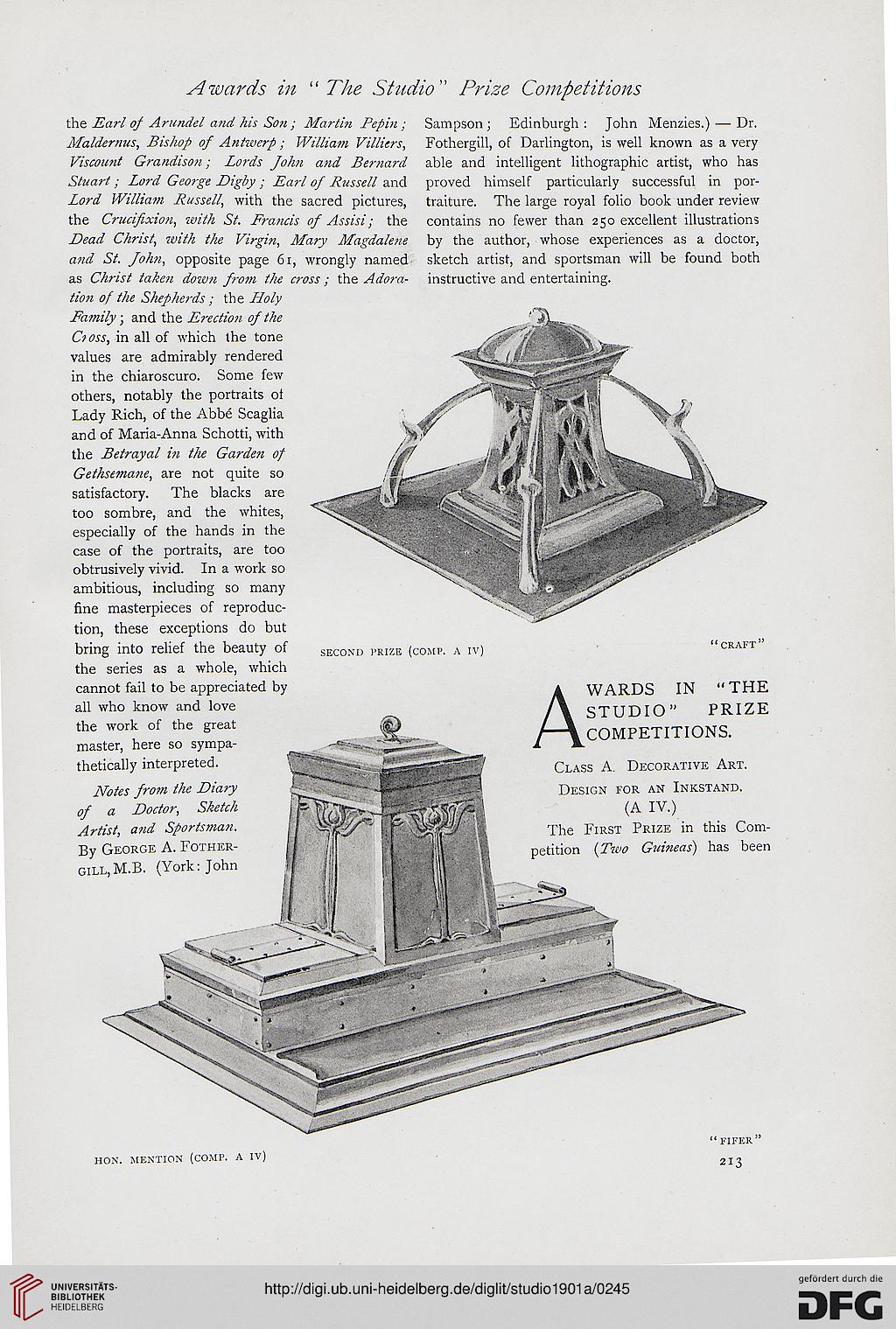 Information about OCR text
Awards in "The Studio" Prise Competitions

the Earl of Arundel and his Son ; Martin Pepin ; Sampson ; Edinburgh : John Menzies.) — Dr.
Maldernus, Bishop of Antwerp ; William Villiers, Fothergill, of Darlington, is well known as a very
Viscount Grandison; Lords John and Bernard able and intelligent lithographic artist, who has
Stuart; Lord George Digby ; Earl of Russell and proved himself particularly successful in por-
Lord William Russell, with the sacred pictures, traiture. The large royal folio book under review
the Crucifixion, with St. Francis of Assist'; the contains no fewer than 250 excellent illustrations
Dead Christ, 701th the Virgin, Mary Magdalene by the author, whose experiences as a doctor,
and St. John, opposite page 61, wrongly named sketch artist, and sportsman will be found both
as Christ taken down from the cross ; the Adora- instructive and entertaining.
Hon of the Shepherds; the Holy
Family; and the Erection of the
Ctoss, in all of which the tone
values are admirably rendered
in the chiaroscuro. Some few
others, notably the portraits ot
Lady Rich, of the Abbe Scaglia
and of Maria-Anna Schotti, with
the Betrayal in the Garden of
Gethsemane, are not quite so
satisfactory. The blacks are
too sombre, and the whites,
especially of the hands in the
case of the portraits, are too
obtrusively vivid. In a work so
ambitious, including so many
fine masterpieces of reproduc-
tion, these exceptions do but
bring into relief the beauty of second prize (comp. a iv) "craft'
the series as a whole, which
cannot fail to be appreciated by * WARDS IN " THE

all who know and love f\ STUDIO" PRIZE

Notes from the Diary ; *" Design for an Inkstand.

Artist, and Sportsman. ; 1 ^jfy* |Hflji||dHl The First Prize in this Corn-