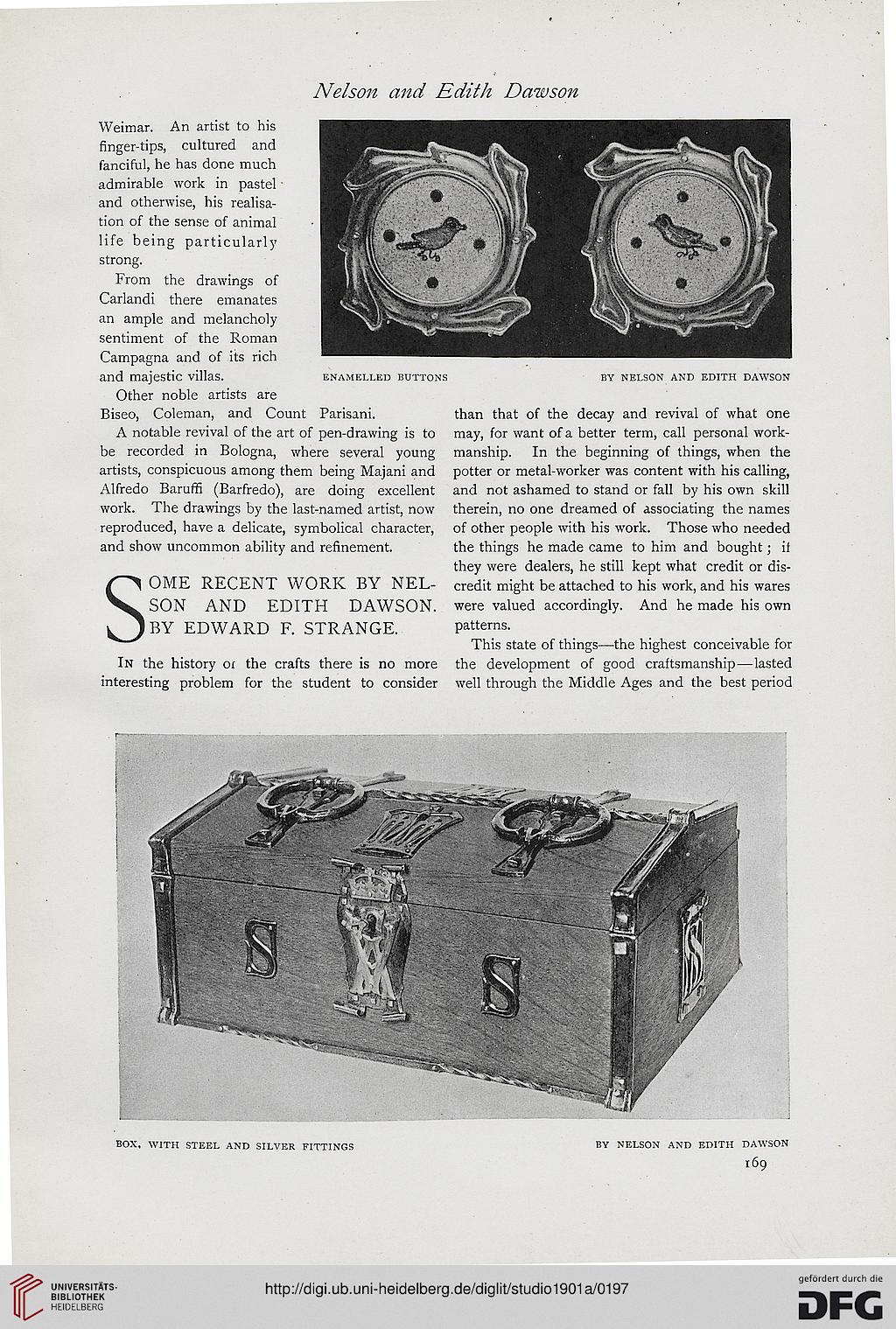 Weimar. An artist to his
finger-tips, cultured and
fanciful, he has done much
admirable work in pastel
and otherwise, his realisa-
tion of the sense of animal
life being particularly
strong.

From the drawings of
Carlandi there emanates
an ample and melancholy
sentiment of the Roman
Campagna and of its rich
and majestic villas. enamelled buttons by nelson and edith dawson

Other noble artists are

Biseo, Coleman, and Count Parisani. than that of the decay and revival of what one

A notable revival of the art of pen-drawing is to may, for want of a better term, call personal work-
be recorded in Bologna, where several young manship. In the beginning of things, when the
artists, conspicuous among them being Majani and potter or metal-worker was content with his calling,
Alfredo Baruffi (Barfredo), are doing excellent and not ashamed to stand or fall by his own skill
work. The drawings by the last-named artist, now therein, no one dreamed of associating the names
reproduced, have a delicate, symbolical character, of other people with his work. Those who needed
and show uncommon ability and refinement. the things he made came to him and bought; if

they were dealers, he still kept what credit or dis-

SOME RECENT WORK BY NEL- credit might be attached to his work, and his wares
SON AND EDITH DAWSON, were valued accordingly. And he made his own
BY EDWARD F. STRANGE. patterns.
This state of things—the highest conceivable for
In the history or the crafts there is no more the development of good craftsmanship—lasted
interesting problem for the student to consider well through the Middle Ages and the best period

box, with steel and silver fittings

by nelson and edith dawson
169