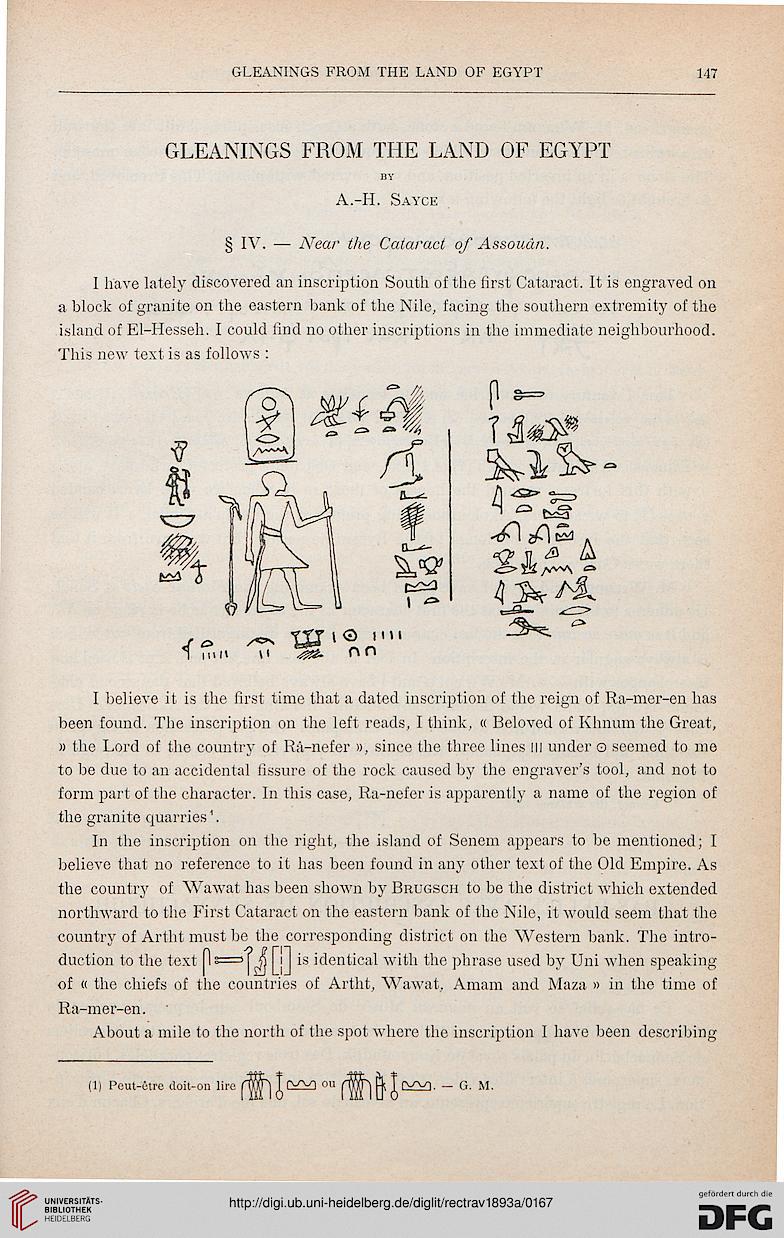 Information about OCR text
GLEANINGS FROM THE LAND OF EGYPT

GLEANINGS FROM THE LAND OF EGYPT

I have lately discovered an inscription South of the first Cataract. It is engraved on
a block of granité on the eastern bank of the Nile, facing the southern extremity of the
island of El-Hesseh. I could find no other inscriptions in the immédiate neighbourhood.
This new text is as follows :

I believe it is the first time that a dated inscription of the reign of Ra-mer-en bas
been found. The inscription on the left reads, I think, « Beloved of Khnum the Great,
» the Lord of the country of Ra-nefer », since the three Lines III under o seemed to me
to be due to an accidentai fissure of the rock caused by the engraver's tool, and not to
form part of the character. In this case, Ra-nefer is apparently a naine of the région of
the granité quarries1.

In the inscription on the right, the island of Senem appears to be mentioned; I
believe that no référence to it bas been found in any other text of the Old Empire. As
the country of Wawat bas been shown by Brugsch to be the district which extended
northward to the First Cataract on the eastern bank of the Nile, it would seem that the
country of Artht must be the corresponding district on the Western bank. The intro-
duction to the text P3^3^^ [| x% identical with the phrase used by Uni when speaking
of « the chiefs of the countries of Artht, Wawat, Amam and Maza » in the time of
Ra-mer-en. '