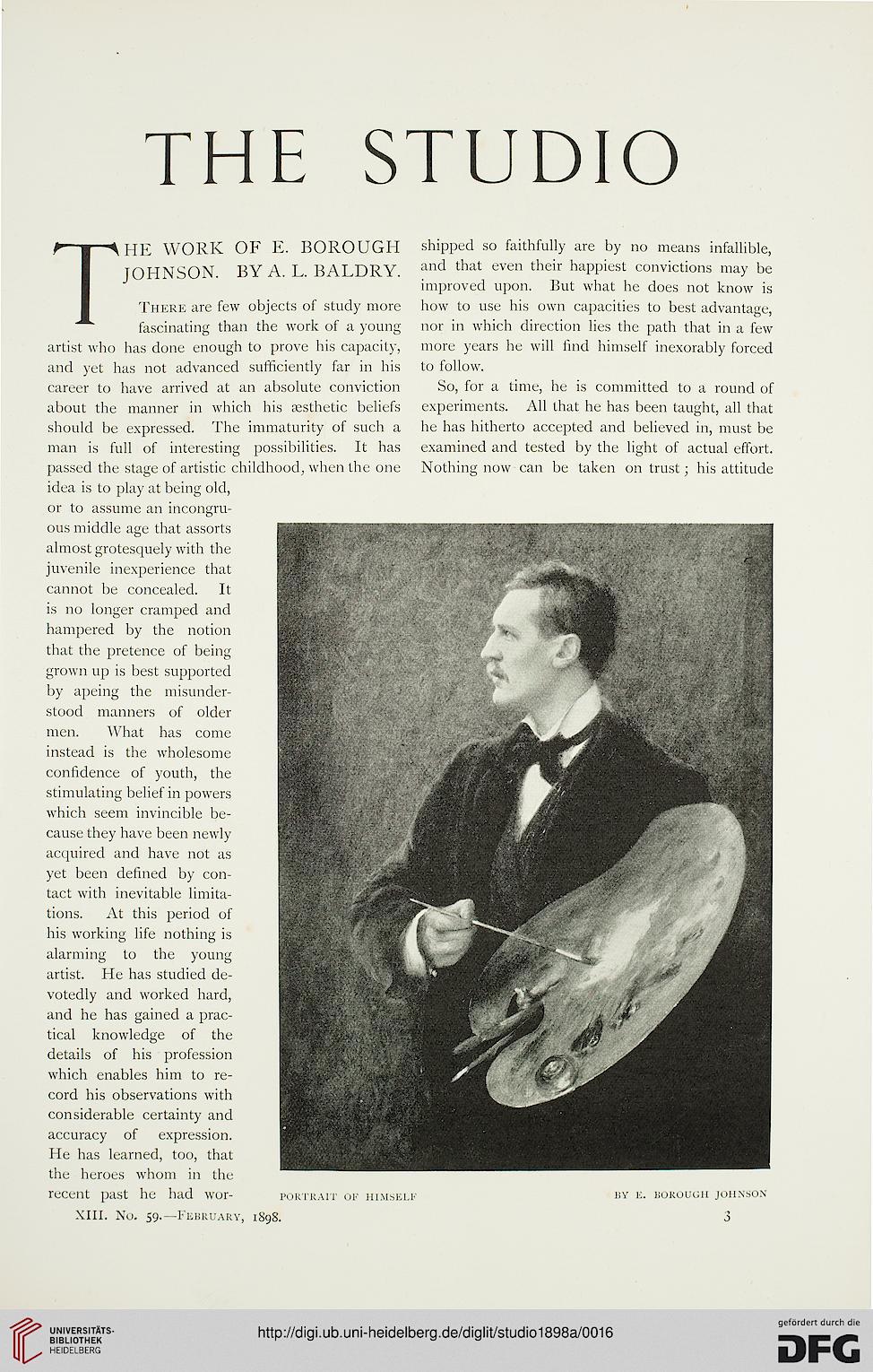 HE WORK OF E. BOROUGH shipped so faithfully are by no means infallible,

improved upon. But what he does not know is

There are few objects of study more how to use his own capacities to best advantage,
fascinating than the work of a young nor in which direction lies the path that in a few

artist who has done enough to prove his capacity, more years he will find himself inexorably forced

and yet has not advanced sufficiently far in his to follow.

career to have arrived at an absolute conviction So, for a time, he is committed to a round of
about the manner in which his aesthetic beliefs experiments. All that he has been taught, all that
should be expressed. The immaturity of such a he has hitherto accepted and believed in, must be
man is full of interesting possibilities. It has examined and tested by the light of actual effort,
passed the stage of artistic childhood, when the one Nothing now can be taken on trust; his attitude
idea is to play at being old,
or to assume an incongru-
ous middle age that assorts
almost grotesquely with the
juvenile inexperience that
cannot be concealed. It
is no longer cramped and
hampered by the notion
that the pretence of being
grown up is best supported
by apeing the misunder-
stood manners of older
men. What has come
instead is the wholesome
confidence of youth, the
stimulating belief in powers
which seem invincible be-
cause they have been newly
acquired and have not as
yet been defined by con-
tact with inevitable limita-
tions. At this period of
his working life nothing is
alarming to the young
artist. He has studied de-
votedly and worked hard,
and he has gained a prac-
tical knowledge of the
details of his profession
which enables him to re-
cord his observations with
considerable certainty and
accuracy of expression.
He has learned, too, that
the heroes whom in the
recent past he had wur- portrait of himself by k. borough johnson