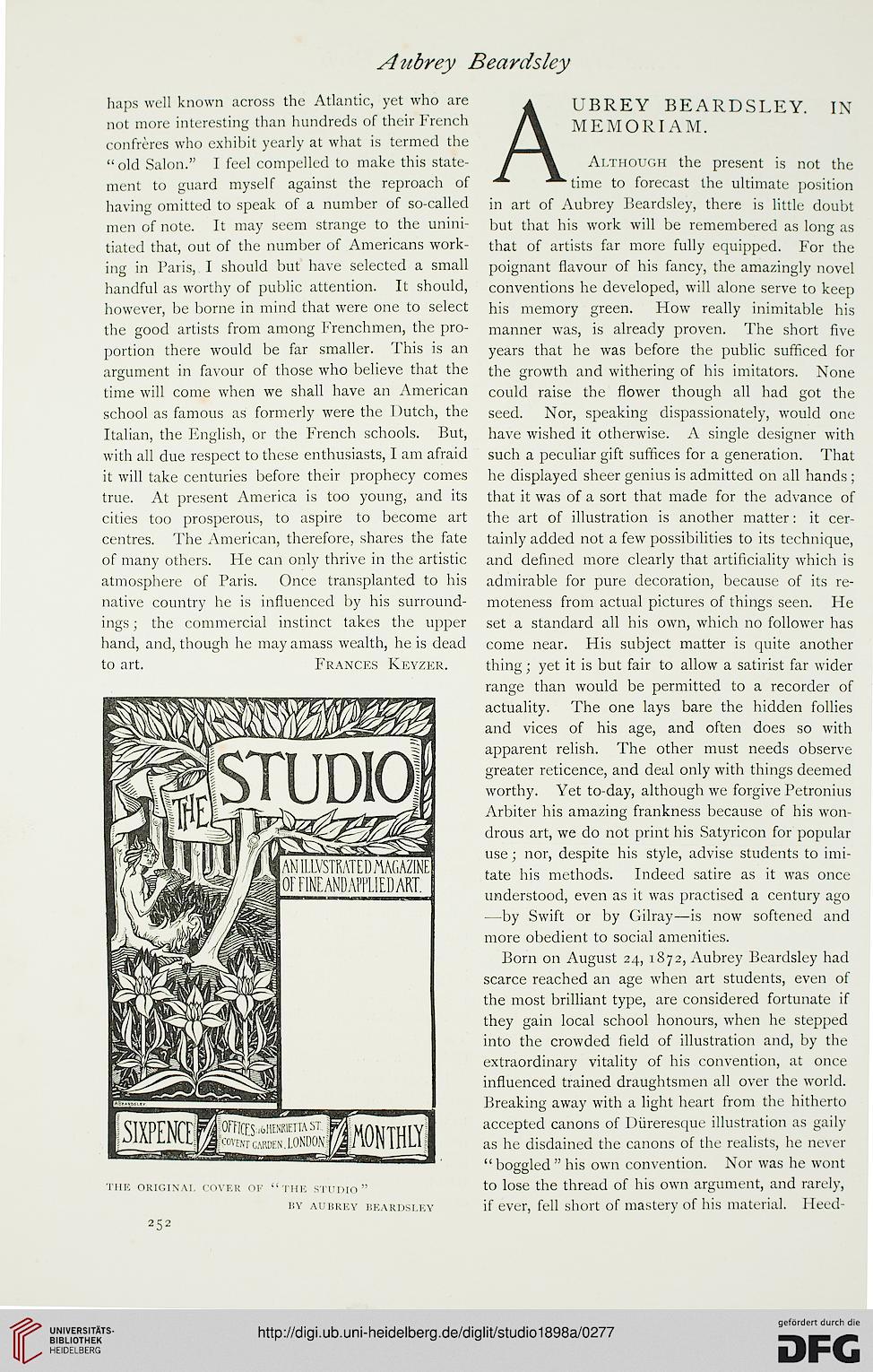 haps well known across the Atlantic, yet who are
not more interesting than hundreds of their French
confreres who exhibit yearly at what is termed the
" old Salon." I feel compelled to make this state-
ment to guard myself against the reproach of
having omitted to speak of a number of so-called
men of note. It may seem strange to the unini-
tiated that, out of the number of Americans work-
ing in Paris, I should but have selected a small
handful as worthy of public attention. It should,
however, be borne in mind that were one to select
the good artists from among Frenchmen, the pro-
portion there would be far smaller. This is an
argument in favour of those who believe that the
time will come when we shall have an American
school as famous as formerly were the I )utch, the
Italian, the English, or the French schools. But,
with all due respect to these enthusiasts, I am afraid
it will take centuries before their prophecy comes
true. At present America is too young, and its
cities too prosperous, to aspire to become art
centres. The American, therefore, shares the fate
of many others. He can only thrive in the artistic
atmosphere of Paris. Once transplanted to his
native country he is influenced by his surround-
ings ; the commercial instinct takes the upper
hand, and, though he may amass wealth, he is dead
to art. Frances Keyzer.

THE ORIGINAL COVER OF "THE STUDIO"

AUBREY BEARDSLEY. IX
MEMORIAL
Although the present is not the
time to forecast the ultimate position
in art of Aubrey Beardsley, there is little doubt
but that his work will be remembered as long as
that of artists far more fully equipped. For the
poignant flavour of his fancy, the amazingly novel
conventions he developed, will alone serve to keep
his memory green. How really inimitable his
manner was, is already proven. The short five
years that he was before the public sufficed for
the growth and withering of his imitators. None
could raise the flower though all had got the
seed. Nor, speaking dispassionately, would one
have wished it otherwise. A single designer with
such a peculiar gift suffices for a generation. That
he displayed sheer genius is admitted on all hands ;
that it was of a sort that made for the advance of
the art of illustration is another matter: it cer-
tainly added not a few possibilities to its technique,
and defined more clearly that artificiality which is
admirable for pure decoration, because of its re-
moteness from actual pictures of things seen. He
set a standard all his own, which no follower has
come near. His subject matter is quite another
thing; yet it is but fair to allow a satirist far wider
range than would be permitted to a recorder of
actuality. The one lays bare the hidden follies
and vices of his age, and often does so with
apparent relish. The other must needs observe
greater reticence, and deal only with things deemed
worthy. Yet to-day, although we forgive Petronius
Arbiter his amazing frankness because of his won-
drous art, we do not print his Satyricon for popular
use; nor, despite his style, advise students to imi-
tate his methods. Indeed satire as it was once
understood, even as it was practised a century ago
—by Swift or by Gilray—is now softened and
more obedient to social amenities.

Born on August 24, 1872, Aubrey Beardsley had
scarce reached an age when art students, even of
the most brilliant type, are considered fortunate if
they gain local school honours, when he stepped
into the crowded field of illustration and, by the
extraordinary vitality of his convention, at once
influenced trained draughtsmen all over the world.
Breaking away with a light heart from the hitherto
accepted canons of Diireresque illustration as gaily
as he disdained the canons of the realists, he never
"boggled" his own convention. Nor was he wont
to lose the thread of his own argument, and rarely,
if ever, fell short of mastery of his material. I [eed