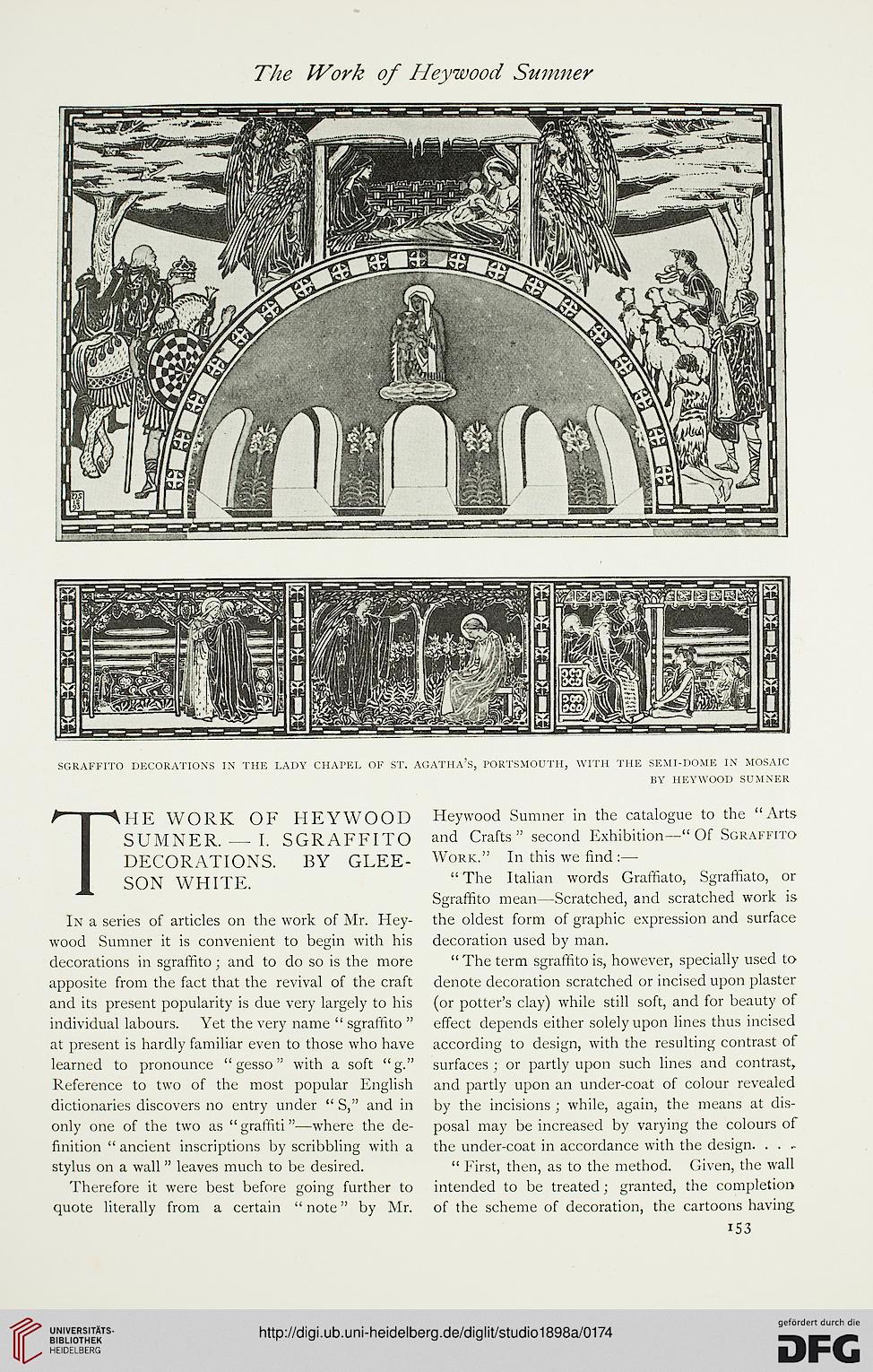 Scroll
OCR fulltext
Information about OCR text
SGRAFFITO DECORATIONS IN THE LADY CHAPEL OF ST. AGATHA'S, PORTSMOUTH, WITH THE SEMI-DOME IN MOSAIC

SUMNER. _ I. SGRAFFITO and Crafts" second Exhibition—" Of Sgraffito

DECORATIONS. BY GLEE- Work." In this we find :—

Sgraffito mean—Scratched, and scratched work is

In a series of articles on the work of Mr. Hey- the oldest form of graphic expression and surface

wood Sumner it is convenient to begin with his decoration used by man.

decorations in sgraffito ; and to do so is the more " The term sgraffito is, however, specially used to

and its present popularity is due very largely to his (or potter's clay) while still soft, and for beauty of

at present is hardly familiar even to those who have according to design, with the resulting contrast of

learned to pronounce "gesso" with a soft "g." surfaces; or partly upon such lines and contrast,

dictionaries discovers no entry under " S," and in by the incisions ; while, again, the means at dis-

finition " ancient inscriptions by scribbling with a the under-coat in accordance with the design.....

stylus on a wall " leaves much to be desired. " l^irst, then, as to the method. Given, the wall

Therefore it were best before going further to intended to be treated; granted, the completion

quote literally from a certain "note" by Mr. of the scheme of decoration, the cartoons having