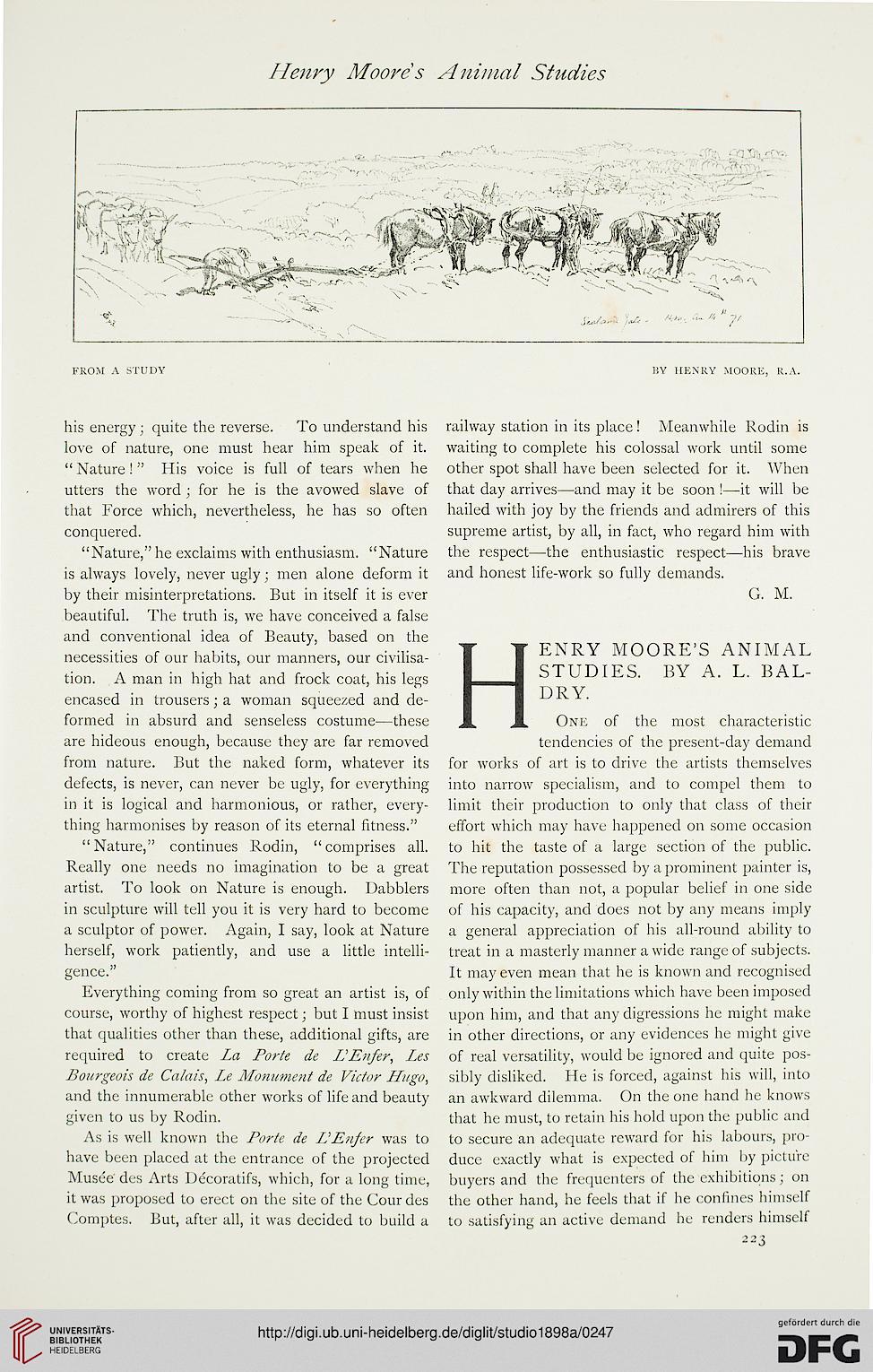 his energy; quite the reverse. To understand his railway station in its place! Meanwhile Rodin is

love of nature, one must hear him speak of it. waiting to complete his colossal work until some

" Nature ! " His voice is full of tears when he other spot shall have been selected for it. When

utters the word ; for he is the avowed slave of that day arrives—and may it be soon !—it will be

that Force which, nevertheless, he has so often hailed with joy by the friends and admirers of this

conquered. supreme artist, by all, in fact, who regard him with

by their misinterpretations. But in itself it is ever G. M.
beautiful. The truth is, we have conceived a false
and conventional idea of Beauty, based on the
necessities of our habits, our manners, our civilisa-
tion. A man in high hat and frock coat, his legs

encased in trousers; a woman squeezed and de- DRY

are hideous enough, because they are far removed tendencies of the present-day demand

from nature. But the naked form, whatever its for works of art is to drive the artists themselves

defects, is never, can never be ugly, for everything into narrow specialism, and to compel them to

in it is logical and harmonious, or rather, every- limit their production to only that class of their

thing harmonises by reason of its eternal fitness." effort which may have happened on some occasion

"Nature," continues Rodin, "comprises all. to hit the taste of a large section of the public.

Really one needs no imagination to be a great The reputation possessed by a prominent painter is,

artist. To look on Nature is enough. Dabblers more often than not, a popular belief in one side

in sculpture will tell you it is very hard to become of his capacity, and does not by any means imply

a sculptor of power. Again, I say, look at Nature a general appreciation of his all-round ability to

herself, work patiently, and use a little intelli- treat in a masterly manner a wide range of subjects,

gence." It may even mean that he is known and recognised

Everything coming from so great an artist is, of only within the limitations which have been imposed

course, worthy of highest respect; but I must insist upon him, and that any digressions he might make

that qualities other than these, additional gifts, are in other directions, or any evidences he might give

required to create La Porte de UEnfer, Les of real versatility, would be ignored and quite pos-

Bourgeois de Calais, Le Monument de Victor Hugo, sibly disliked. He is forced, against his will, into

and the innumerable other works of life and beauty an awkward dilemma. On the one hand he knows

given to us by Rodin. that he must, to retain his hold upon the public and

As is well known the Porte de L'Enfer was to to secure an adequate reward for his labours, pro-
have been placed at the entrance of the projected duce exactly what is expected of him by picture
Musee des Arts Decoratifs, which, for a long time, buyers and the frequenters of the exhibitions; on
it was proposed to erect on the site of the Cour des the other hand, he feels that if he confines himself
Comptes. But, after all, it was decided to build a to satisfying an active demand he renders himself