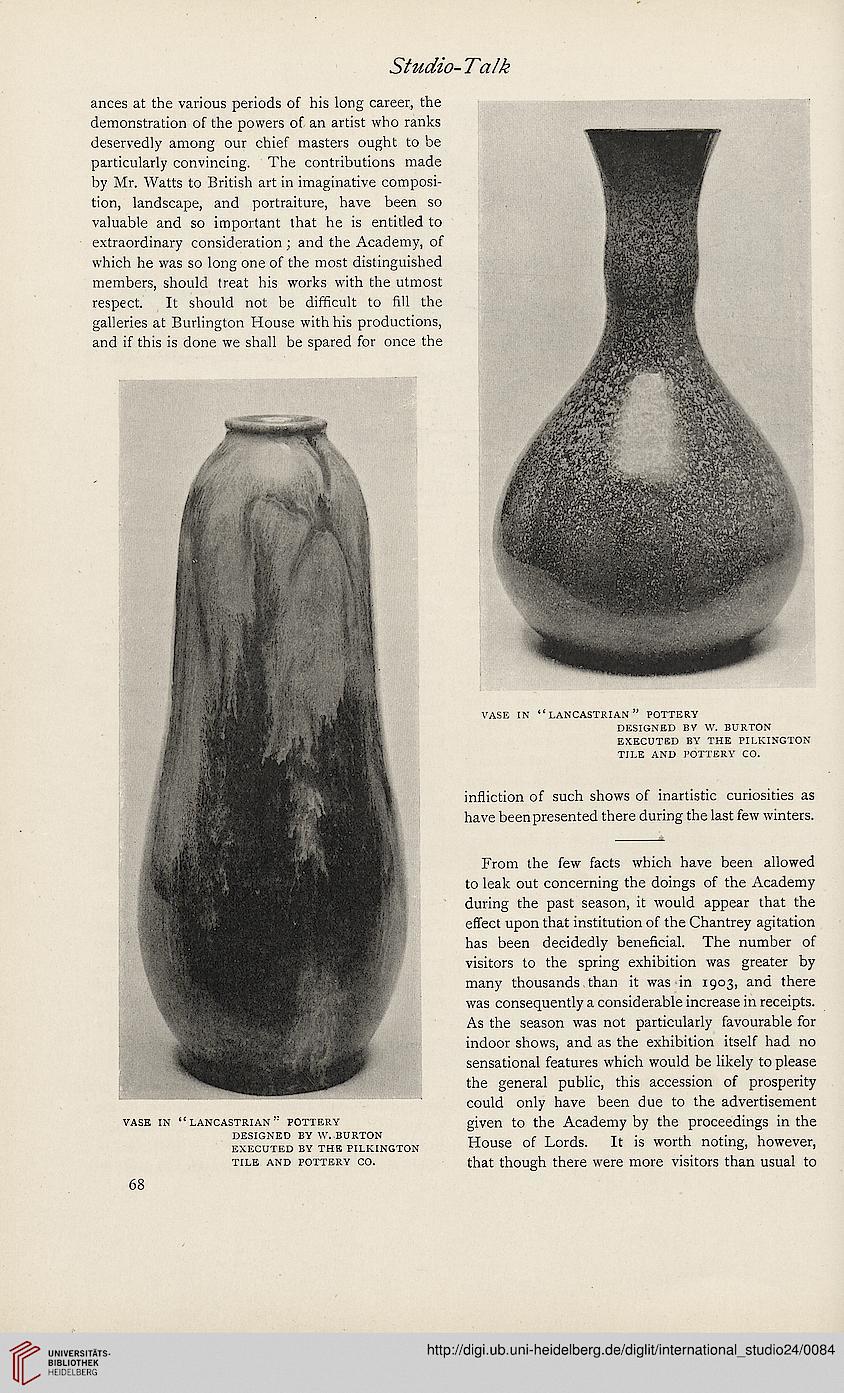 
VASE IN “LANCASTRIAN” POTTERY
DESIGNED BY W. BURTON
EXECUTED BY THE PILKINGTON
TILE AND POTTERY CO.

VASE IN “LANCASTRIAN” POTTERY
DESIGNED BY W. BURTON
EXECUTED BY THE PILKINGTON
TILE AND POTTERY CO.
infliction of such shows of inartistic curiosities as
have been presented there during the last few winters.

From the few facts which have been allowed
to leak out concerning the doings of the Academy
during the past season, it would appear that the
effect upon that institution of the Chantrey agitation
has been decidedly beneficial. The number of
visitors to the spring exhibition was greater by
many thousands than it was in 1903, and there
was consequently a considerable increase in receipts.
As the season was not particularly favourable for
indoor shows, and as the exhibition itself had no
sensational features which would be likely to please
the general public, this accession of prosperity
could only have been due to the advertisement
given to the Academy by the proceedings in the
House of Lords. It is worth noting, however,
that though there were more visitors than usual to

ances at the various periods of his long career, the
demonstration of the powers of an artist who ranks
deservedly among our chief masters ought to be
particularly convincing. The contributions made
by Mr. Watts to British art in imaginative composi-
tion, landscape, and portraiture, have been so
valuable and so important that he is entitled to
extraordinary consideration; and the Academy, of
which he was so long one of the most distinguished
members, should treat his works with the utmost
respect. It should not be difficult to fill the
galleries at Burlington House with his productions,
and if this is done we shall be spared for once the