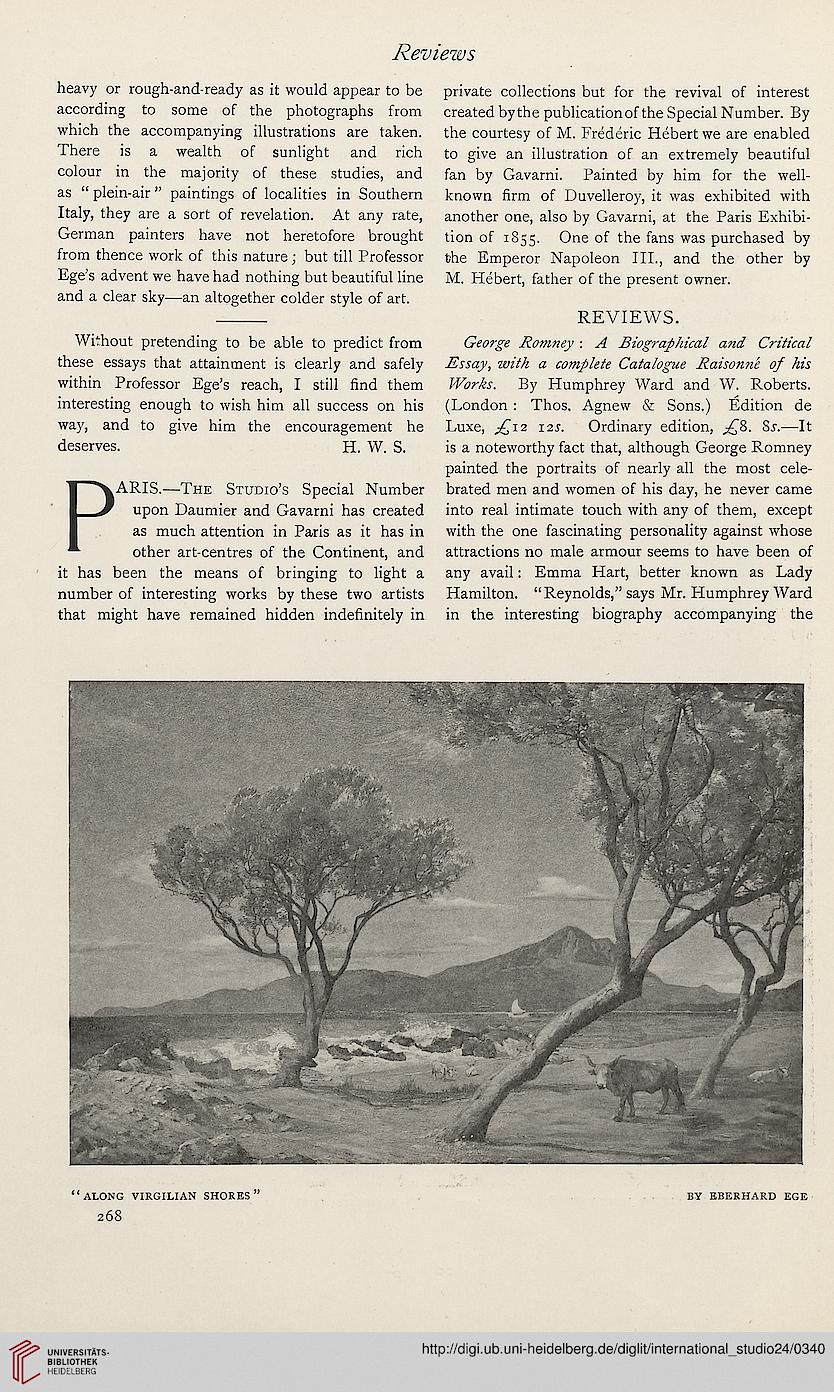 heavy or rough-and-ready as it would appear to be
according to some of the photographs from
which the accompanying illustrations are taken.
There is a wealth of sunlight and rich
colour in the majority of these studies, and
as “plein-air” paintings of localities in Southern
Italy, they are a sort of revelation. At any rate,
German painters have not heretofore brought
from thence work of this nature; but till Professor
Ege’s advent we have had nothing but beautiful line
and a clear sky—an altogether colder style of art.

Without pretending to be able to predict from
these essays that attainment is clearly and safely
within Professor Ege’s reach, I still find them
interesting enough to wish him all success on his
way, and to give him the encouragement he
deserves. H. W. S.
PARIS.—The Studio’s Special Number
upon Daumier and Gavarni has created
as much attention in Paris as it has in
other art-centres of the Continent, and
it has been the means of bringing to light a
number of interesting works by these two artists
that might have remained hidden indefinitely in

private collections but for the revival of interest
created by the publication of the Special Number. By
the courtesy of M. Frederic Hebert we are enabled
to give an illustration of an extremely beautiful
fan by Gavarni. Painted by him for the well-
known firm of Duvelleroy, it was exhibited with
another one, also by Gavarni, at the Paris Exhibi-
tion of 1855. One of the fans was purchased by
the Emperor Napoleon III., and the other by
M. Hebert, father of the present owner.
REVIEWS.
George Romney : A Biographical and Critical
Essay, with a complete Catalogue Raisonne of his
Works. By Humphrey Ward and W. Roberts.
(London : Thos. Agnew & Sons.) Edition de
Luxe, 12s. Ordinary edition, £8. S^.—It
is a noteworthy fact that, although George Romney
painted the portraits of nearly all the most cele-
brated men and women of his day, he never came
into real intimate touch with any of them, except
with the one fascinating personality against whose
attractions no male armour seems to have been of
any avail: Emma Hart, better known as Lady
Hamilton. “ Reynolds,” says Mr. Humphrey Ward
in the interesting biography accompanying the