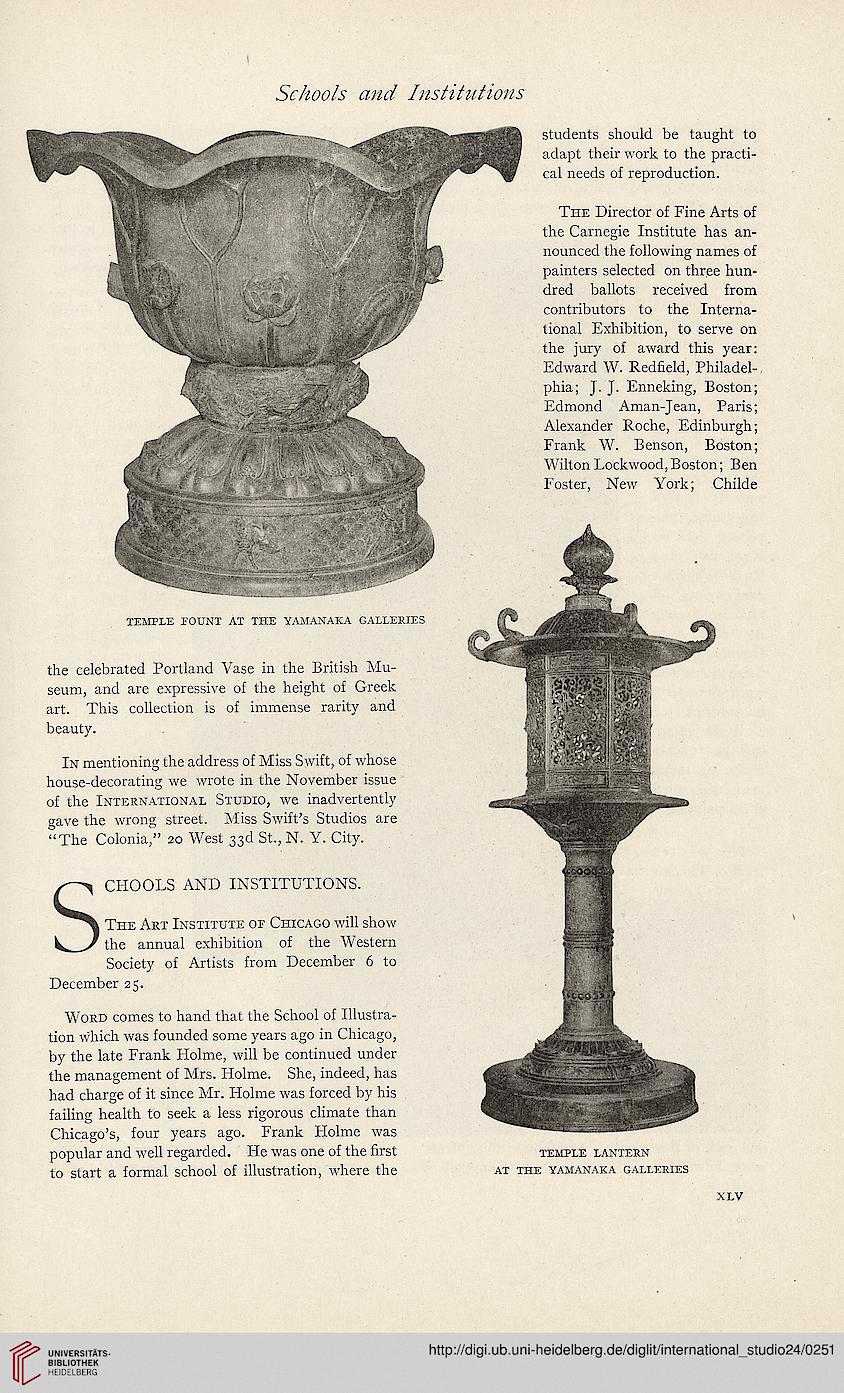 students should be taught to
adapt their work to the practi-
cal needs of reproduction.


TEMPLE Eoxnsrx AT THE YAMANAKA GALLERIES
the celebrated Portland Vase in the British Mu-
seum, and are expressive of the height of Greek
art. This collection is of immense rarity and
beauty.
In mentioning the address of Miss Swift, of whose
house-decorating we wrote in the November issue
of the International Studio, we inadvertently
gave the wrong street. Miss Swift’s Studios are
“The Colonia,” 20 West 33d St., N. Y. City.

Schools and institutions.
The Art Institute of Chicago will show
the annual exhibition of the Western
Society of Artists from December 6 to
December 25.
Word comes to hand that the School of Illustra-
tion which was founded some years ago in Chicago,
by the late Frank Holme, will be continued under
the management of Mrs. Holme. She, indeed, has
had charge of it since Mr. Holme was forced by his
failing health to seek a less rigorous climate than
Chicago’s, four years ago. Frank Plolme was
popular and well regarded. He was one of the first
to start a formal school of illustration, where the

TEMPLE LANTERN
AT THE YAMANAKA GALLERIES