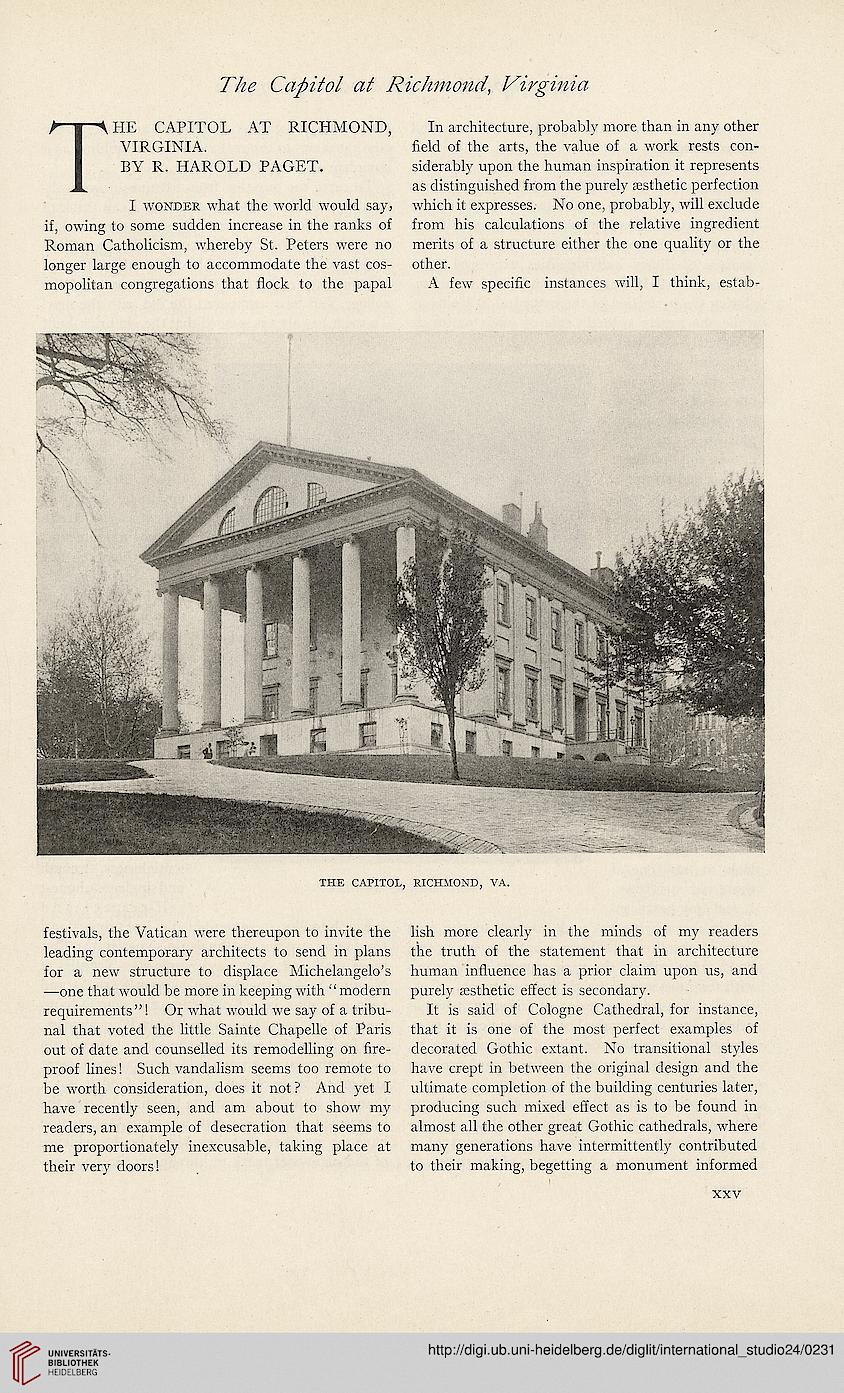 Information about OCR text
The Capitol at Richmond, Virginia

THE CAPITOL AT RICHMOND,
VIRGINIA.
BY R. HAROLD PAGET.
I wonder what the world would say,
if, owing to some sudden increase in the ranks of
Roman Catholicism, whereby St. Peters were no
longer large enough to accommodate the vast cos-
mopolitan congregations that flock to the papal

In architecture, probably more than in any other
field of the arts, the value of a work rests con-
siderably upon the human inspiration it represents
as distinguished from the purely aesthetic perfection
which it expresses. No one, probably, will exclude
from his calculations of the relative ingredient
merits of a structure either the one quality or the
other.
A few specific instances will, I think, estab-

festivals, the Vatican were thereupon to invite the
leading contemporary architects to send in plans
for a new structure to displace Michelangelo’s
■—one that would be more in keeping with “modern
requirements ”! Or what would we say of a tribu-
nal that voted the little Sainte Chapelle of Paris
out of date and counselled its remodelling on fire-
proof lines! Such vandalism seems too remote to
be worth consideration, does it not? And yet I
have recently seen, and am about to show my
readers, an example of desecration that seems to
me proportionately inexcusable, taking place at
their very doors!

lish more clearly in the minds of my readers
the truth of the statement that in architecture
human influence has a prior claim upon us, and
purely lesthetic effect is secondary.
It is said of Cologne Cathedral, for instance,
that it is one of the most perfect examples of
decorated Gothic extant. No transitional styles
have crept in between the original design and the
ultimate completion of the building centuries later,
producing such mixed effect as is to be found in
almost all the other great Gothic cathedrals, where
many generations have intermittently contributed
to their making, begetting a monument informed