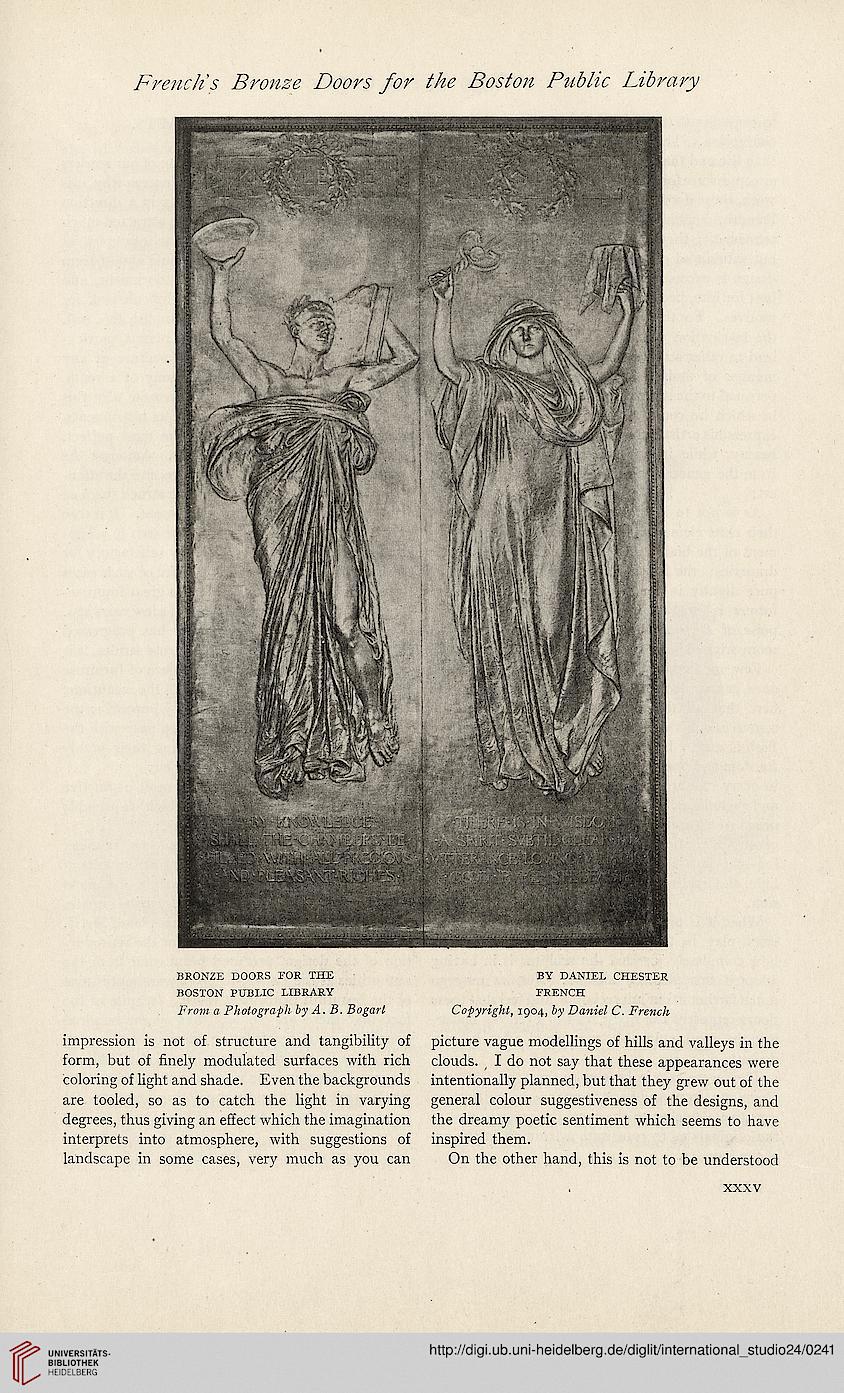 
BRONZE DOORS EOR THE
BOSTON PUBLIC LIBRARY
Front a Photograph by A. B. Bogart
impression is not of structure and tangibility of
form, but of finely modulated surfaces with rich
coloring of light and shade. Even the backgrounds
are tooled, so as to catch the light in varying
degrees, thus giving an effect which the imagination
interprets into atmosphere, with suggestions of
landscape in some cases, very much as you can

BY DANIEL CHESTER
FRENCH
Copyright, 1904, by Daniel C. French
picture vague modellings of hills and valleys in the
clouds. , I do not say that these appearances were
intentionally planned, but that they grew out of the
general colour suggestiveness of the designs, and
the dreamy poetic sentiment which seems to have
inspired them.
On the other hand, this is not to be understood