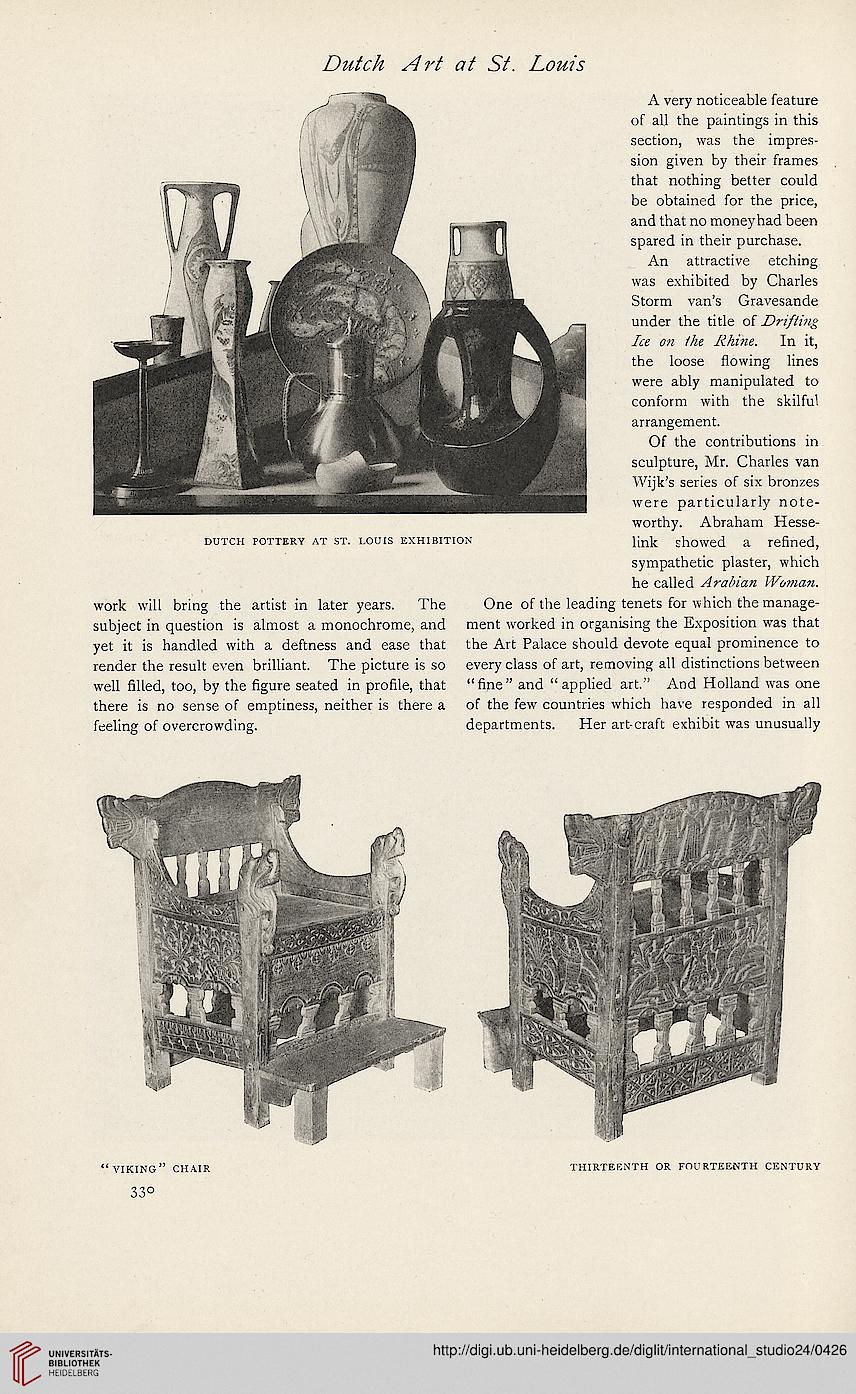 work will bring the artist in later years. The
subject in question is almost a monochrome, and
yet it is handled with a deftness and ease that
render the result even brilliant. The picture is so
well filled, too, by the figure seated in profile, that
there is no sense of emptiness, neither is there a
feeling of overcrowding.

A very noticeable feature
of all the paintings in this
section, was the impres-
sion given by their frames
that nothing better could
be obtained for the price,
and that no money had been
spared in their purchase.
An attractive etching
was exhibited by Charles
Storm van’s Gravesande
under the title of Drifting
Ice on the Rhine. In it,
the loose flowing lines
were ably manipulated to
conform with the skilful
arrangement.
Of the contributions in
sculpture, Mr. Charles van
Wijk’s series of six bronzes
were particularly note-
worthy. Abraham Hesse-
link showed a refined,
sympathetic plaster, which
he called Arabian Woman.
One of the leading tenets for which the manage-
ment worked in organising the Exposition was that
the Art Palace should devote equal prominence to
every class of art, removing all distinctions between
“fine” and “applied art.” And Holland was one
of the few countries which have responded in all
departments. Her art-craft exhibit was unusually