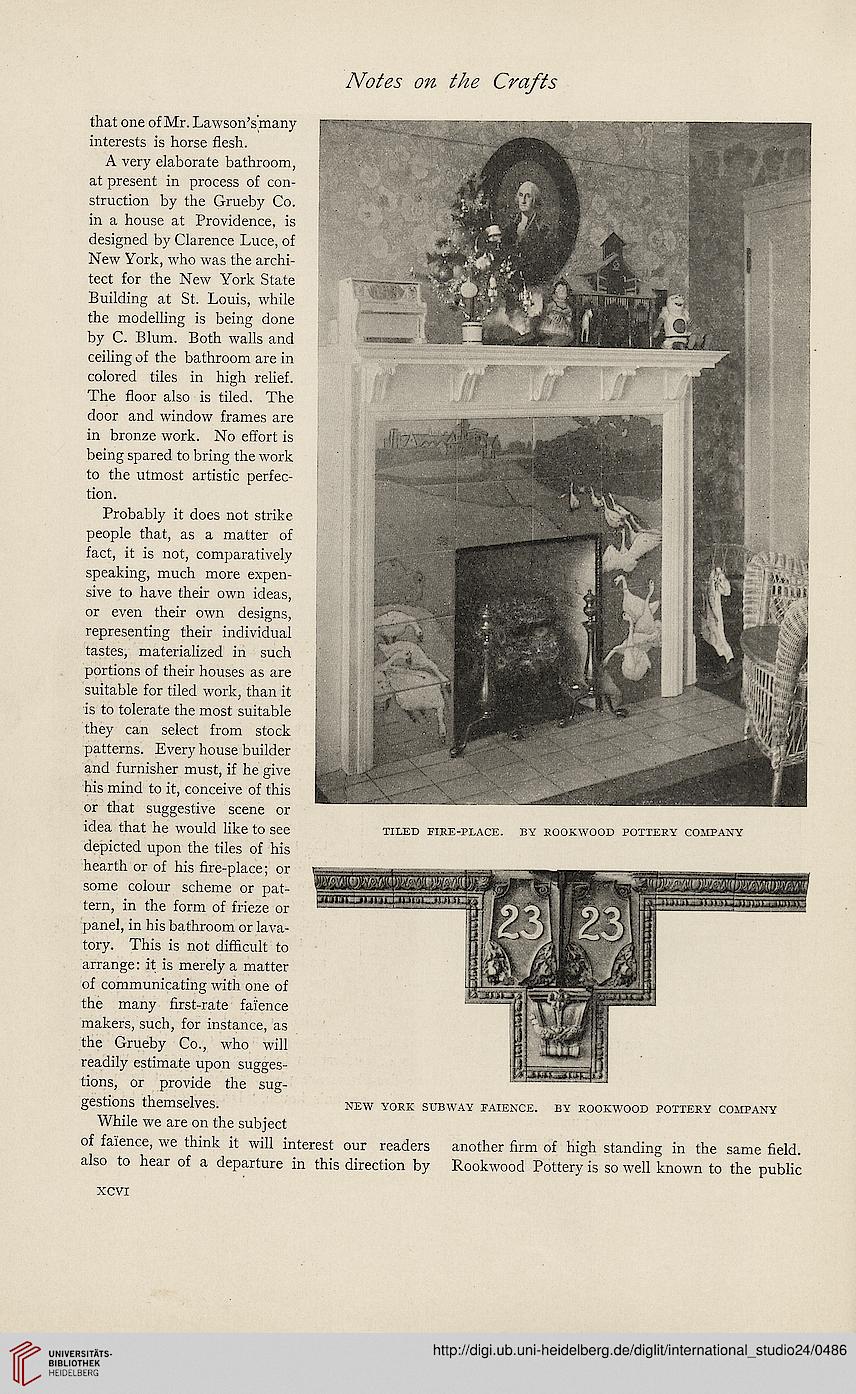 that one of Mr. Lawson’s'many
interests is horse flesh.
A very elaborate bathroom,
at present in process of con-
struction by the Grueby Co.
in a house at Providence, is
designed by Clarence Luce, of
New York, who was the archi-
tect for the New York State
Building at St. Louis, while
the modelling is being done
by C. Blum. Both walls and
ceiling of the bathroom are in
colored tiles in high relief.
The floor also is tiled. The
door and window frames are
in bronze work. No effort is
being spared to bring the work
to the utmost artistic perfec-
tion.
Probably it does not strike
people that, as a matter of
fact, it is not, comparatively
speaking, much more expen-
sive to have their own ideas,
or even their own designs,
representing their individual
tastes, materialized in such
portions of their houses as are
suitable for tiled work, than it
is to tolerate the most suitable
they can select from stock
patterns. Every house builder
and furnisher must, if he give
his mind to it, conceive of this
or that suggestive scene or
idea that he would like to see tiled fire-place, by rookwood pottery company
depicted upon the tiles of his
hearth or of his fire-place; or
some colour scheme or pat-
tern, in the form of frieze or
panel, in his bathroom or lava-
tory. This is not difficult to
arrange: it is merely a matter
of communicating with one of
the many first-rate faience
makers, such, for instance, as
the Grueby Co., who will
readily estimate upon sugges-
tions, or provide the sug-
gestions themselves. new York subway faience, by rookwood pottery company
While we are on the subject
of faience, we think it will interest our readers another firm of high standing in the same field,
also to hear of a departure in this direction by Rookwood Pottery is so well known to the public