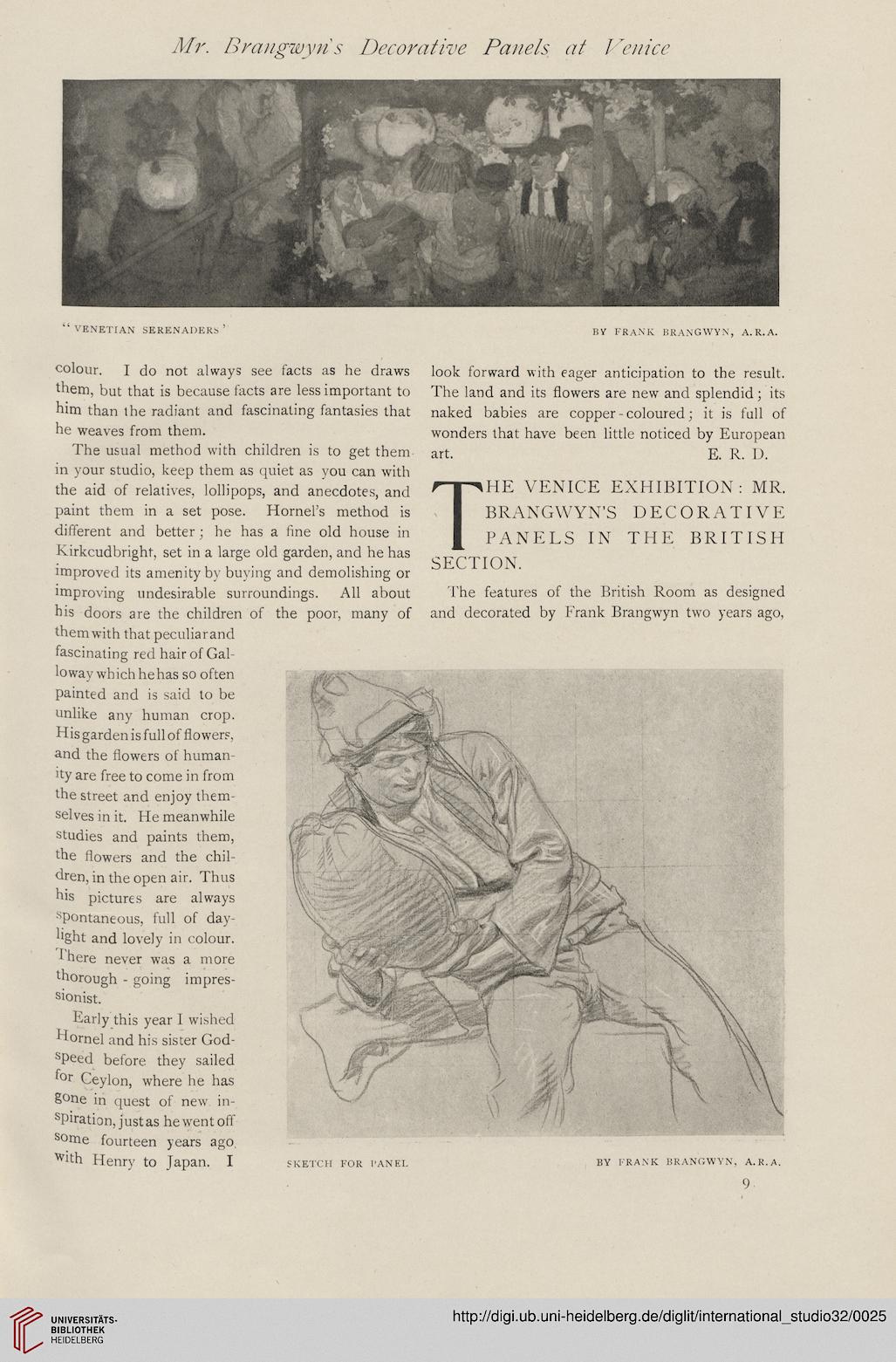 colour. I do not always see facts as he draws
them, but that is because facts are less important to
him than the radiant and fascinating fantasies that
he weaves from them.

The usual method with children is to get them
in your studio, keep them as quiet as you can with
the aid of relatives, lollipops, and anecdotes, and
paint them in a set pose. Hornel’s method is
different and better; he has a fine old house in
Kirkcudbright, set in a large old garden, and he has
improved its amenity by buying and demolishing or
improving undesirable surroundings. All about
his doors are the children of the poor, many of
them with that peculiarand
fascinating red hair of Gal-
loway wh ich he has so often
painted and is said to be
unlike any human crop.

His garden is full of flowers,
and the flowers of human-
ity are free to come in from
the street and enjoy them-
selves in it. He meanwhile
studies and paints them,
the flowers and the chil-
dren, in the open air. Thus
his pictures are always
spontaneous, full of day-
hght and lovely in colour,
fhere never was a more
thorough - going impres-
sionist.

Early this year I wished
Hornel and his sister God-
sPeed before they sailed
for. Ceylon, where he has
gone in quest of new in-
spiration, just as hewentoff
some fourteen years ago.
with Henry to Japan. I

look forward with eager anticipation to the result.
The land and its flowers are new and splendid; its
naked babies are copper - coloured; it is full of
wonders that have been little noticed by European
art. E. R. D.

The features of the British Room as designed
and decorated by Frank Brangwyn two years ago,