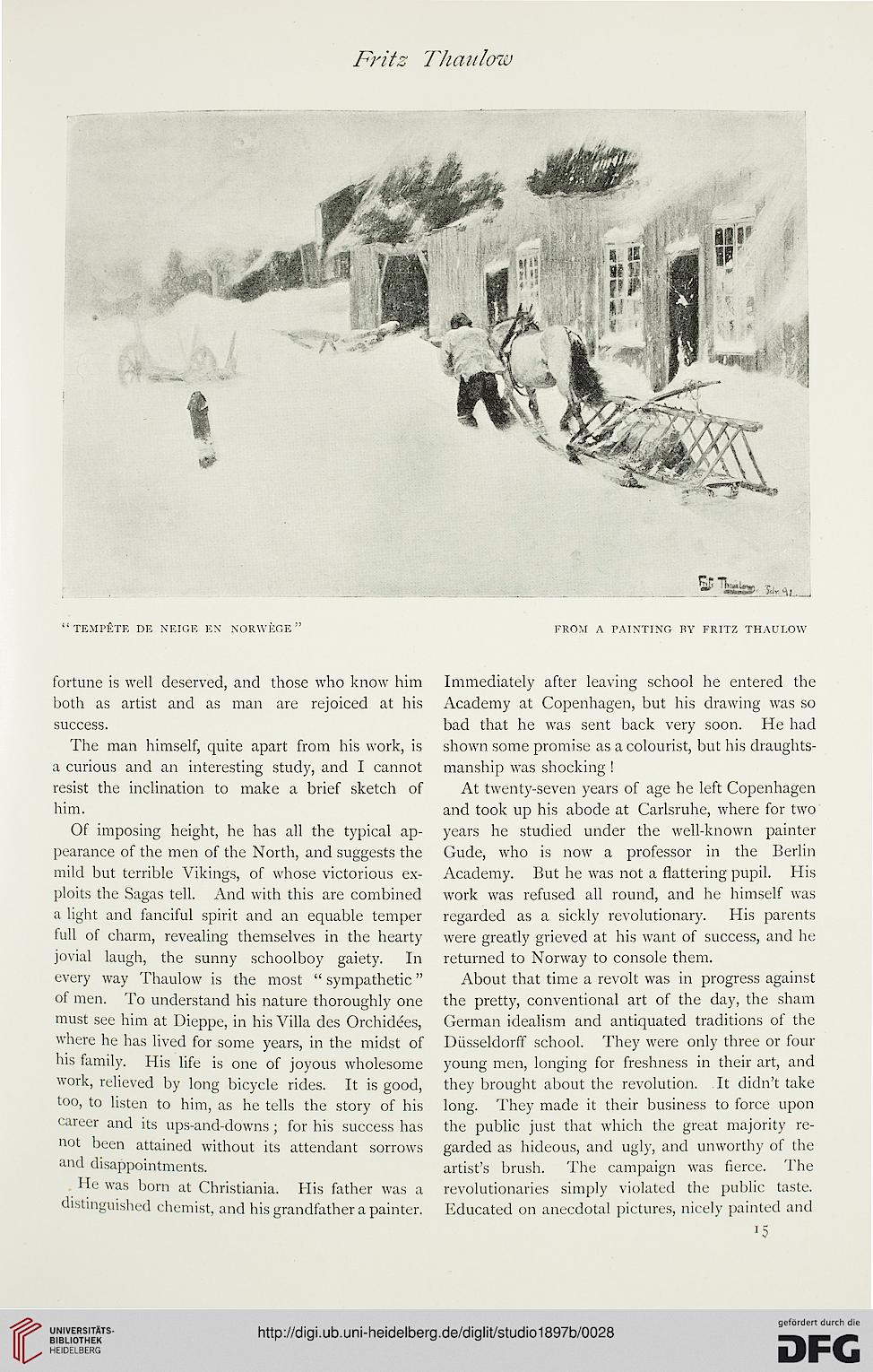 fortune is well deserved, and those who know him Immediately after leaving school he entered the

both as artist and as man are rejoiced at his Academy at Copenhagen, but his drawing was so

success. bad that he was sent back very soon. He had

The man himself, quite apart from his work, is shown some promise as a colourist, but his draughts-

a curious and an interesting study, and I cannot manship was shocking !

him. and took up his abode at Carlsruhe, where for two

Of imposing height, he has all the typical ap- years he studied under the well-known painter

pearance of the men of the North, and suggests the Gude, who is now a professor in the Berlin

mild but terrible Vikings, of whose victorious ex- Academy. But he was not a flattering pupil. His

ploits the Sagas tell. And with this are combined work was refused all round, and he himself was

a light and fanciful spirit and an equable temper regarded as a sickly revolutionary. His parents

full of charm, revealing themselves in the hearty were greatly grieved at his want of success, and he

jovial laugh, the sunny schoolboy gaiety. In returned to Norway to console them,

of men. To understand his nature thoroughly one the pretty, conventional art of the day, the sham

must see him at Dieppe, in his Villa des Orchidees, German idealism and antiquated traditions of the

where he has lived for some years, in the midst of Dusseldorff school. They were only three or four

his family. His life is one of joyous wholesome young men, longing for freshness in their art, and

work, relieved by long bicycle rides. It is good, they brought about the revolution. It didn't take

too, to listen to him, as he tells the story of his long. They made it their business to force upon

career and its ups-and-downs; for his success has the public just that which the great majority re-

not been attained without its attendant sorrows garded as hideous, and ugly, and unworthy of the

and disappointments. artist's brush. The campaign was fierce. The

He was born at Christiania. His father was a revolutionaries simply violated the public taste,

distinguished chemist, and his grandfather a painter. Educated on anecdotal pictures, nicely painted and