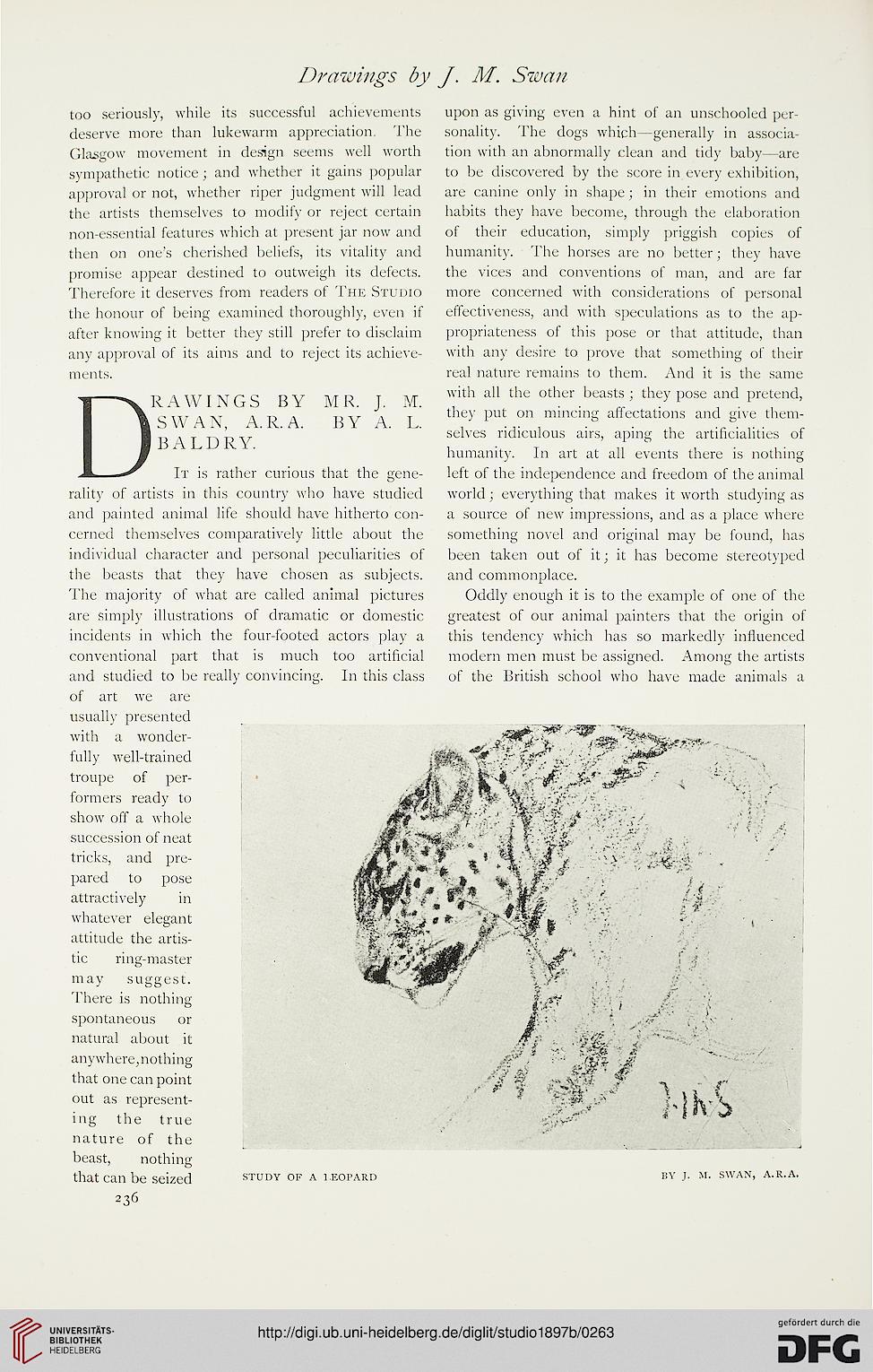 too seriously, while its successful achievements upon as giving even a hint of an unschooled per

deserve more than lukewarm appreciation The sonality. The dogs which—generally in associa-

sympathetic notice ; and whether it gains popular to be discovered by the score in every exhibition,

approval or not, whether riper judgment will lead are canine only in shape; in their emotions and

the artists themselves to modify or reject certain habits they have become, through the elaboration

non-essential features which at present jar now and of their education, simply priggish copies of

then on one's cherished beliefs, its vitality and humanity. The horses are no better; they have

promise appear destined to outweigh its defects. the vices and conventions of man, and are far

the honour of being examined thoroughly, even if effectiveness, and with speculations as to the ap-

after knowing it better they still prefer to disclaim propriateness of this pose or that attitude, than

ments. real nature remains to them. And it is the same

RAWINGS BY MR T M w^ a^ otner Deasts \ they Pose an^ pretend,

humanity, in art at all events there is nothing
It is rather curious that the gene- left of the independence and freedom of the animal
rality of artists in this country who have studied world; everything that makes it worth studying as
and painted animal life should have hitherto con- a source of new impressions, and as a place where
cerned themselves comparatively little about the something novel and original may be found, has
individual character and personal peculiarities of been taken out of it; it has become stereotyped
the beasts that they have chosen as subjects. and commonplace.

The majority of what are called animal pictures Oddly enough it is to the example of one of the
are simply illustrations of dramatic or domestic greatest of our animal painters that the origin of
incidents in which the four-footed actors play a this tendency which has so markedly influenced
conventional part that is much too artificial modern men must be assigned. Among the artists
and studied to be really convincing. In this class of the British school who have made animals a
of art we are

nature of the
beast, nothing