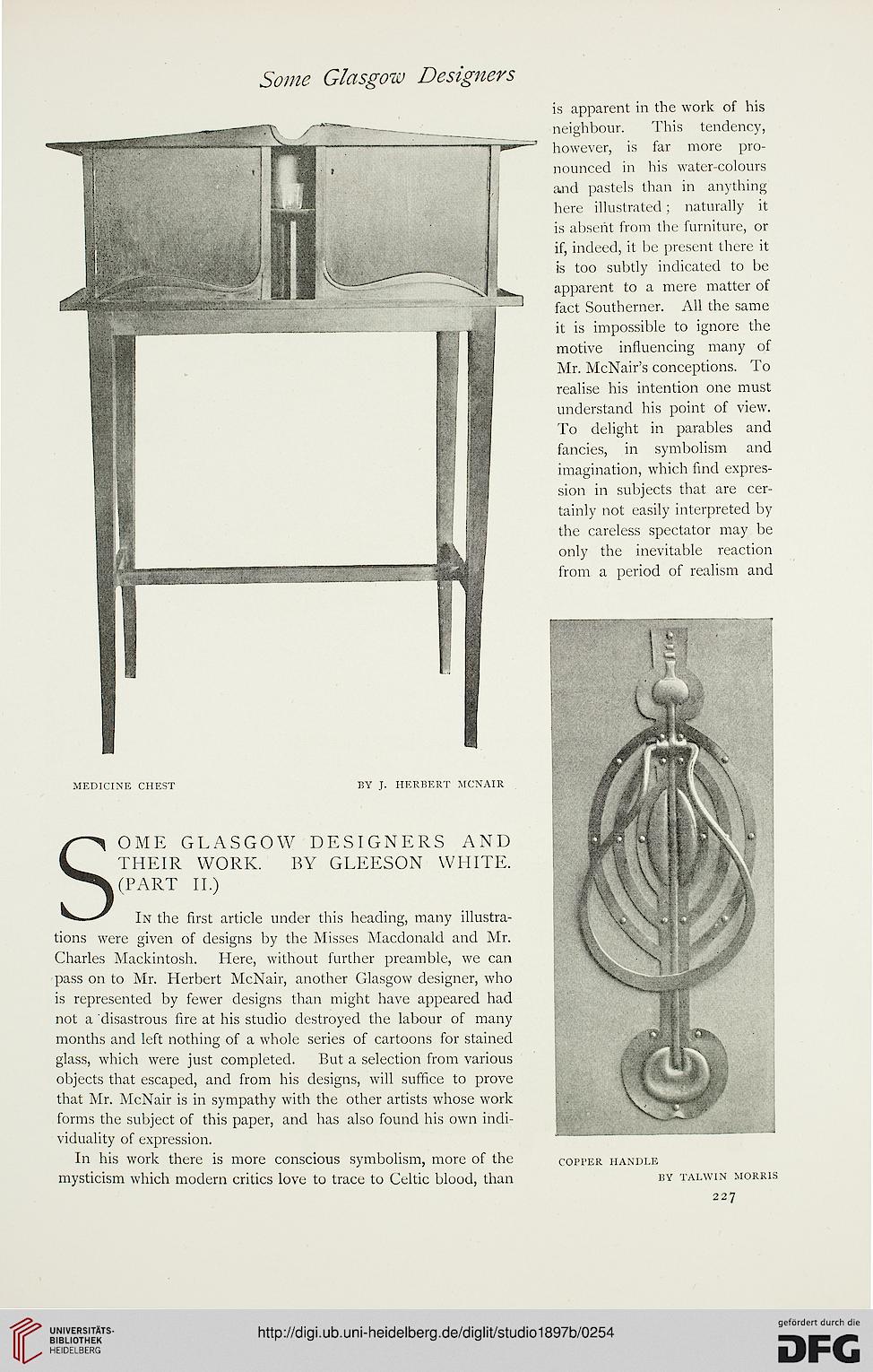 is apparent in the work of his
neighbour. This tendency,
however, is far more pro-
nounced in his water-colours
and pastels than in anything
here illustrated; naturally it
is absent from the furniture, or
if, indeed, it be present there it
is too subtly indicated to be
apparent to a mere matter of
fact Southerner. All the same
it is impossible to ignore the
motive influencing many of
Mr. McNair's conceptions. To
realise his intention one must
understand his point of view.
To delight in parables and
fancies, in symbolism and
imagination, which find expres-
sion in subjects that are cer-
tainly not easily interpreted by
the careless spectator may be
only the inevitable reaction
from a period of realism and

In the first article under this heading, many illustra-
tions were given of designs by the Misses Macdonald and Mr.
Charles Mackintosh. Here, without further preamble, we can
pass on to Mr. Herbert McNair, another Glasgow designer, who
is represented by fewer designs than might have appeared had
not a disastrous fire at his studio destroyed the labour of many
months and left nothing of a whole series of cartoons for stained
glass, which were just completed. But a selection from various
objects that escaped, and from his designs, will suffice to prove
that Mr. McNair is in sympathy with the other artists whose work
forms the subject of this paper, and has also found his own indi-
viduality of expression.

In his work there is more conscious symbolism, more of the copper handle
mysticism which modern critics love to trace to Celtic blood, than by talwin morris