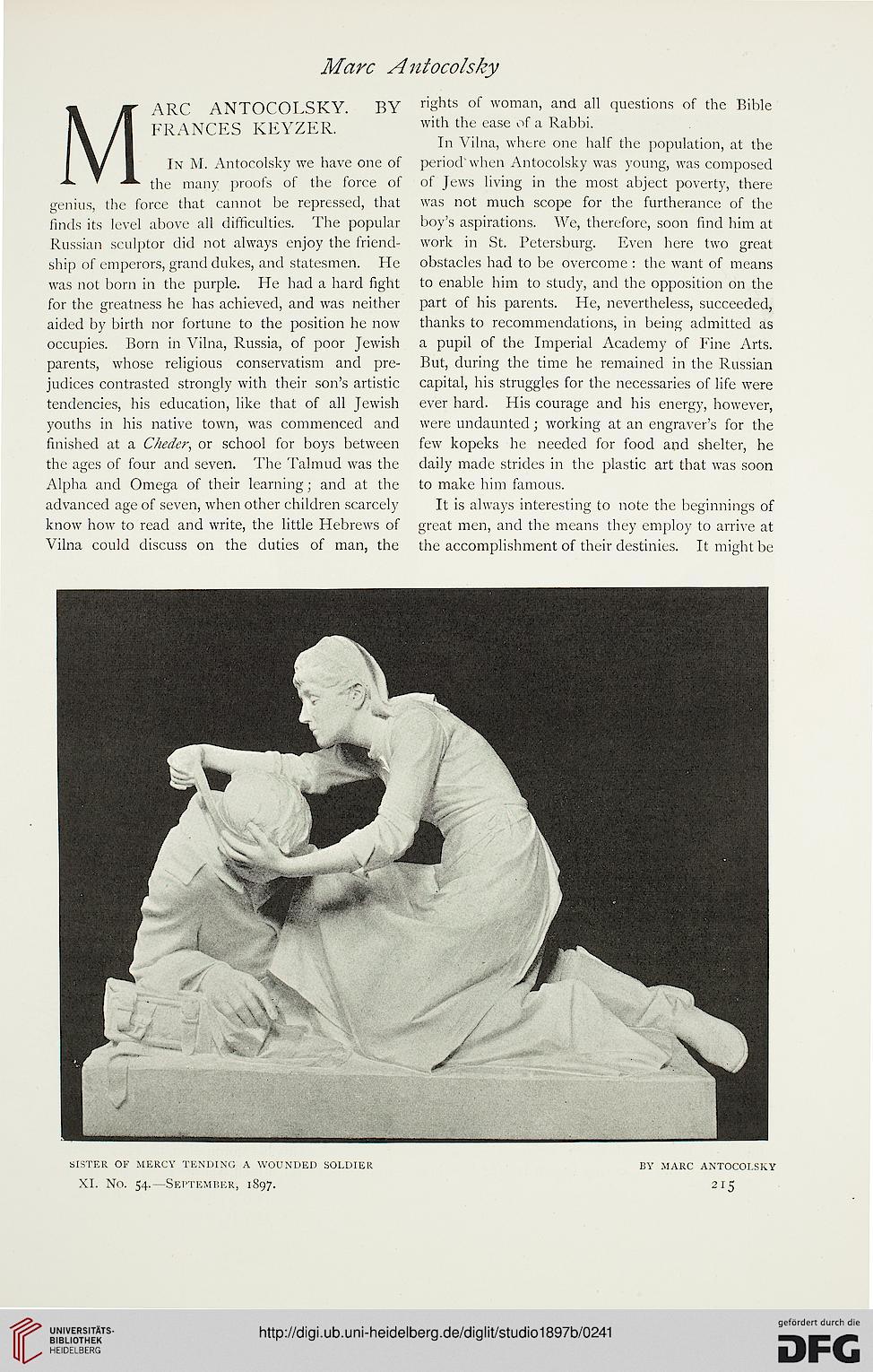 In M. Antocolsky we have one of
the many proofs of the force of

genius, the force that cannot be repressed, that
finds its level above all difficulties. The popular
Russian sculptor did not always enjoy the friend-
ship of emperors, grand dukes, and statesmen. He
was not born in the purple. He had a hard fight
for the greatness he has achieved, and was neither
aided by birth nor fortune to the position he now
occupies. Born in Vilna, Russia, of poor Jewish
parents, whose religious conservatism and pre-
judices contrasted strongly with their son's artistic
tendencies, his education, like that of all Jewish
youths in his native town, was commenced and
finished at a Cheder, or school for boys between
the ages of four and seven. The Talmud was the
Alpha and Omega of their learning; and at the
advanced age of seven, when other children scarcely
know how to read and write, the little Hebrews of
Vilna could discuss on the duties of man, the

rights of woman, and all questions of the Bible
with the ease of a Rabbi.

In Vilna, where one half the population, at the
period when Antocolsky was young, was composed
of Jews living in the most abject poverty, there
was not much scope for the furtherance of the
boy's aspirations. We, therefore, soon find him at
work in St. Petersburg. Even here two great
obstacles had to be overcome : the want of means
to enable him to study, and the opposition on the
part of his parents. He, nevertheless, succeeded,
thanks to recommendations, in being admitted as
a pupil of the Imperial Academy of Fine Arts.
But, during the time he remained in the Russian
capital, his struggles for the necessaries of life were
ever hard. His courage and his energy, however,
were undaunted; working at an engraver's for the
few kopeks he needed for food and shelter, he
daily made strides in the plastic art that was soon
to make him famous.

It is always interesting to note the beginnings of
great men, and the means they employ to arrive at
the accomplishment of their destinies. It might be