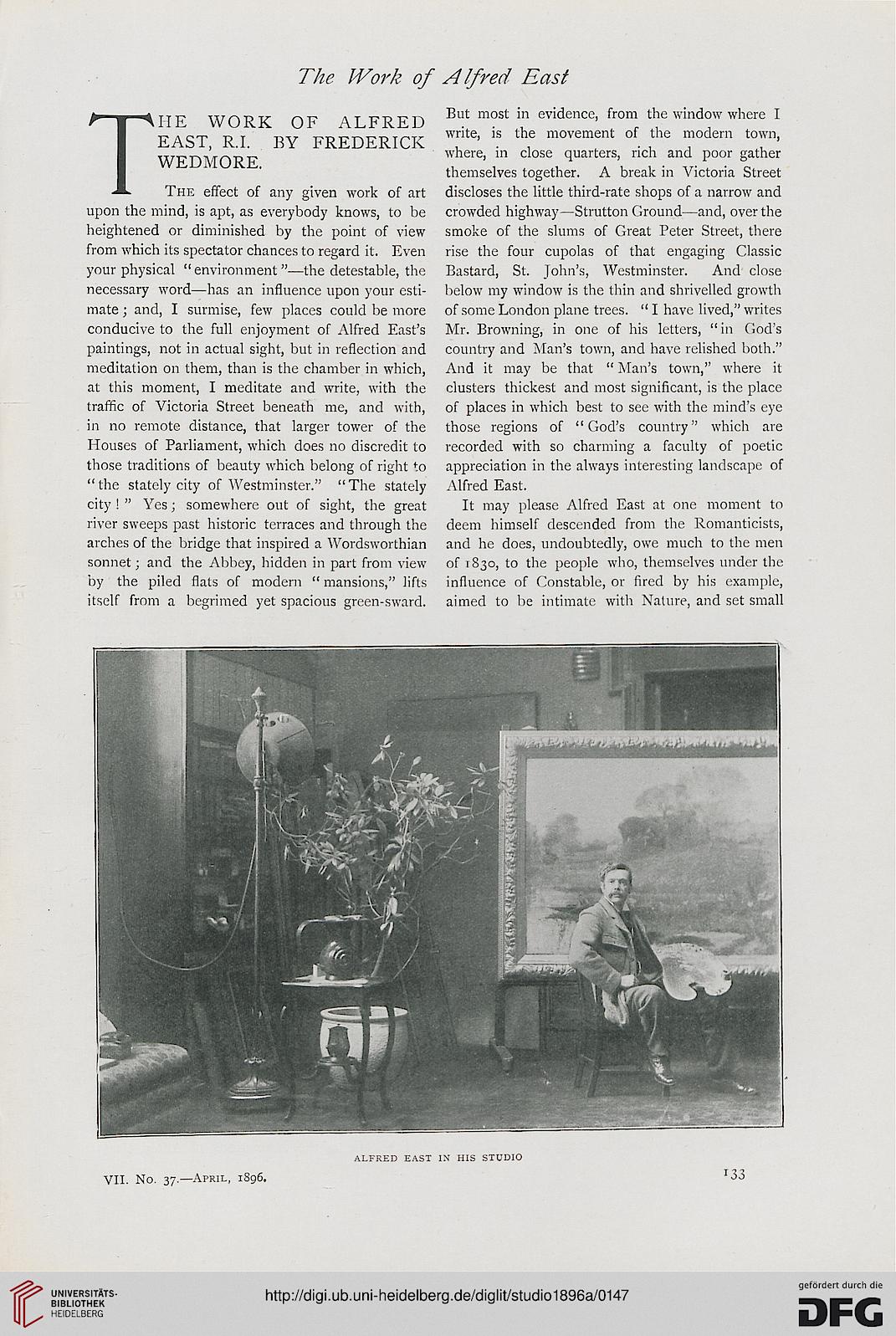 Information about OCR text
The Work of A If red East

nr umnT, . T But most in evidence, from the window where I

WEDMORE where, in close quarters, rich and poor gather

themselves together. A break in Victoria Street

upon the mind, is apt, as everybody knows, to be crowded highway—Strutton Ground—and, over the

heightened or diminished by the point of view smoke of the slums of Great Peter Street, there

from which its spectator chances to regard it. Even rise the four cupolas of that engaging Classic

mate; and, I surmise, few places could be more of some London plane trees. " I have lived," writes

conducive to the full enjoyment of Alfred East's Mr. Browning, in one of his letters, " in God's

paintings, not in actual sight, but in reflection and country and Man's town, and have relished both."

meditation on them, than is the chamber in which, And it may be that " Man's town," where it

at this moment, I meditate and write, with the clusters thickest and most significant, is the place

traffic of Victoria Street beneath me, and with, of places in which best to see with the mind's eye

in no remote distance, that larger tower of the those regions of "God's country" which are

Houses of Parliament, which does no discredit to recorded with so charming a faculty of poetic

"the stately city of Westminster." "The stately Alfred East.

city ! " Yes; somewhere out of sight, the great It may please Alfred East at one moment to

river sweeps past historic terraces and through the deem himself descended from the Romanticists,

arches of the bridge that inspired a Wordsworthian and he does, undoubtedly, owe much to the men

sonnet; and the Abbey, hidden in part from view of 1830, to the people who, themselves under the

by the piled flats of modern " mansions," lifts influence of Constable, or fired by his example,

itself from a begrimed yet spacious green-sward, aimed to be intimate with Nature, and set small

alfred east in his studio