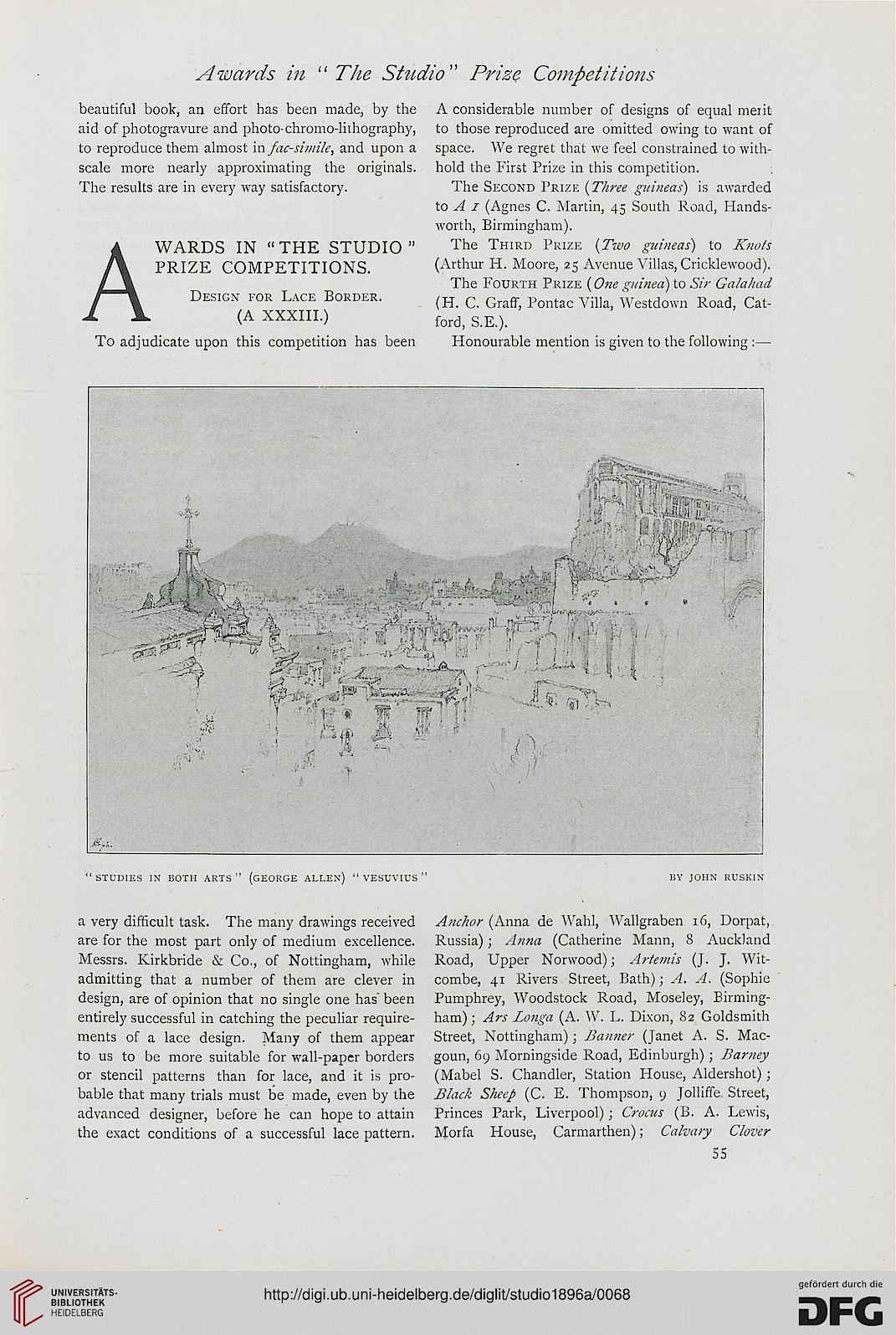 beautiful book, an effort has been made, by the A considerable number of designs of equal merit
aid of photogravure and photo-chromo-lhhography, to those reproduced are omitted owing to want of
to reproduce them almost in facsimile, and upon a space. We regret that we feel constrained to with-
scale more nearly approximating the originals, hold the First Prize in this competition.
The results are in every way satisfactory. The Second Prize (Three guineas) is awarded

To adjudicate upon this competition has been Honourable mention is given to the following :—

a very difficult task. The many drawings received
are for the most part only of medium excellence.
Messrs. Kirkbride & Co., of Nottingham, while
admitting that a number of them are clever in
design, are of opinion that no single one has' been
entirely successful in catching the peculiar require-
ments of a lace design. Many of them appear
to us to be more suitable for wall-paper borders
or stencil patterns than for lace, and it is pro-
bable that many trials must be made, even by the
advanced designer, before he can hope to attain
the exact conditions of a successful lace pattern.