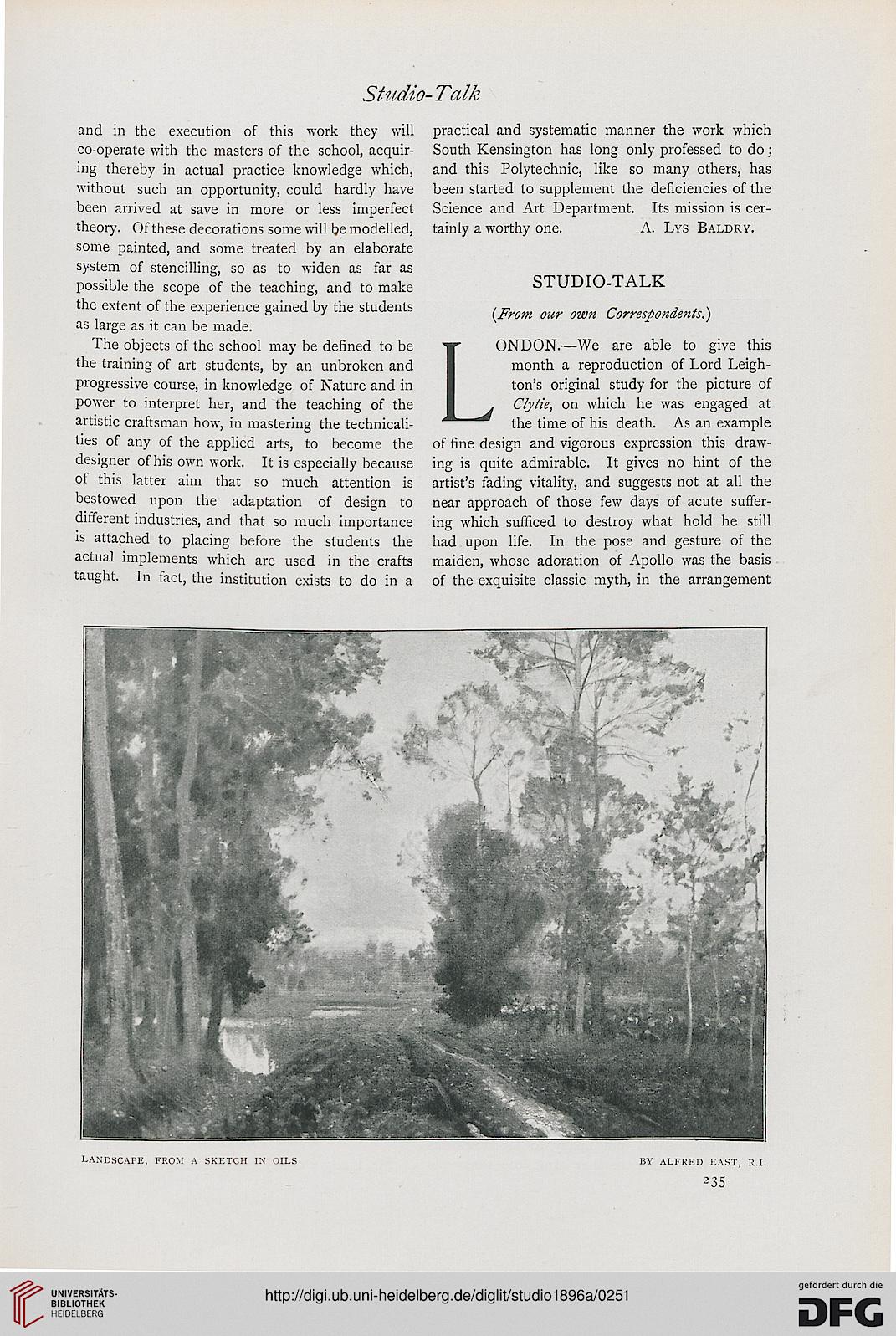 and in the execution of this work they will
co-operate with the masters of the school, acquir-
ing thereby in actual practice knowledge which,
without such an opportunity, could hardly have
been arrived at save in more or less imperfect
theory. Of these decorations some will be modelled,
some painted, and some treated by an elaborate
system of stencilling, so as to widen as far as
possible the scope of the teaching, and to make
the extent of the experience gained by the students
as large as it can be made.

The objects of the school may be defined to be
the training of art students, by an unbroken and
progressive course, in knowledge of Nature and in
power to interpret her, and the teaching of the
artistic craftsman how, in mastering the technicali-
ties of any of the applied arts, to become the
designer of his own work. It is especially because
of this latter aim that so much attention is
bestowed upon the adaptation of design to
different industries, and that so much importance
is attached to placing before the students the
actual implements which are used in the crafts
taught. In fact, the institution exists to do in a

practical and systematic manner the work which
South Kensington has long only professed to do;
and this Polytechnic, like so many others, has
been started to supplement the deficiencies of the
Science and Art Department. Its mission is cer-
tainly a worthy one. A. Lys Baldry.

[From our own Correspondents.)

LONDON.—We are able to give this
month a reproduction of Lord Leigh-
ton's original study for the picture of
Clytie, on which he was engaged at
the time of his death. As an example
of fine design and vigorous expression this draw-
ing is quite admirable. It gives no hint of the
artist's fading vitality, and suggests not at all the
near approach of those few days of acute suffer-
ing which sufficed to destroy what hold he still
had upon life. In the pose and gesture of the
maiden, whose adoration of Apollo was the basis
of the exquisite classic myth, in the arrangement

LANDSCAPE, FROM A SKETCH IN OILS