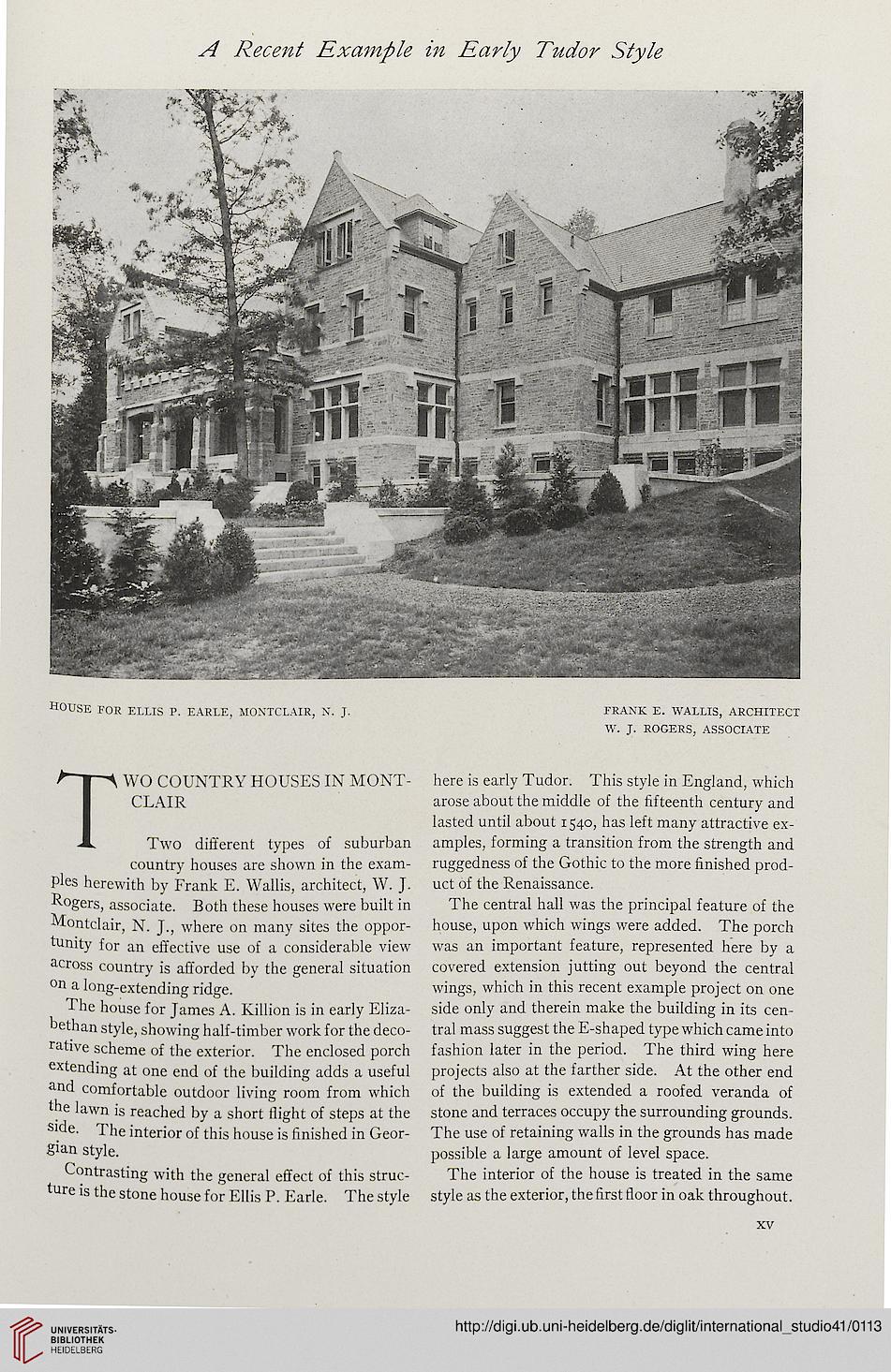 TWO COUNTRY HOUSES IN MONT- here is early Tudor. This style in England, which
£L^IR arose about the middle of the fifteenth century and
lasted until about 1540, has left many attractive ex-
Two different types of suburban amples, forming a transition from the strength and
country houses are shown in the exam- ruggedness of the Gothic to the more finished prod-
Ples herewith by Frank E. Wallis, architect, W. J. uct of the Renaissance.

Rogers, associate. Both these houses were built in The central hall was the principal^feature of the

Montclair, N. J., where on many sites the oppor- house, upon which wings were added. The porch

tunity for an effective use of a considerable view was an important feature, represented here by a

The house for James A. Killion is in early Eliza- side only and therein make the building in its cen-

rative scheme of the exterior. The enclosed porch fashion later in the period. The third wing here

extending at one end of the building adds a useful projects also at the farther side. At the other end

the lawn is reached by a short flight of steps at the stone and terraces occupy the surrounding grounds,

side. The interior of this house is finished in Geor- The use of retaining walls in the grounds has made

ture is the stone house for Ellis P. Earle. The style style as the exterior, the first floor ,n oak throughout.