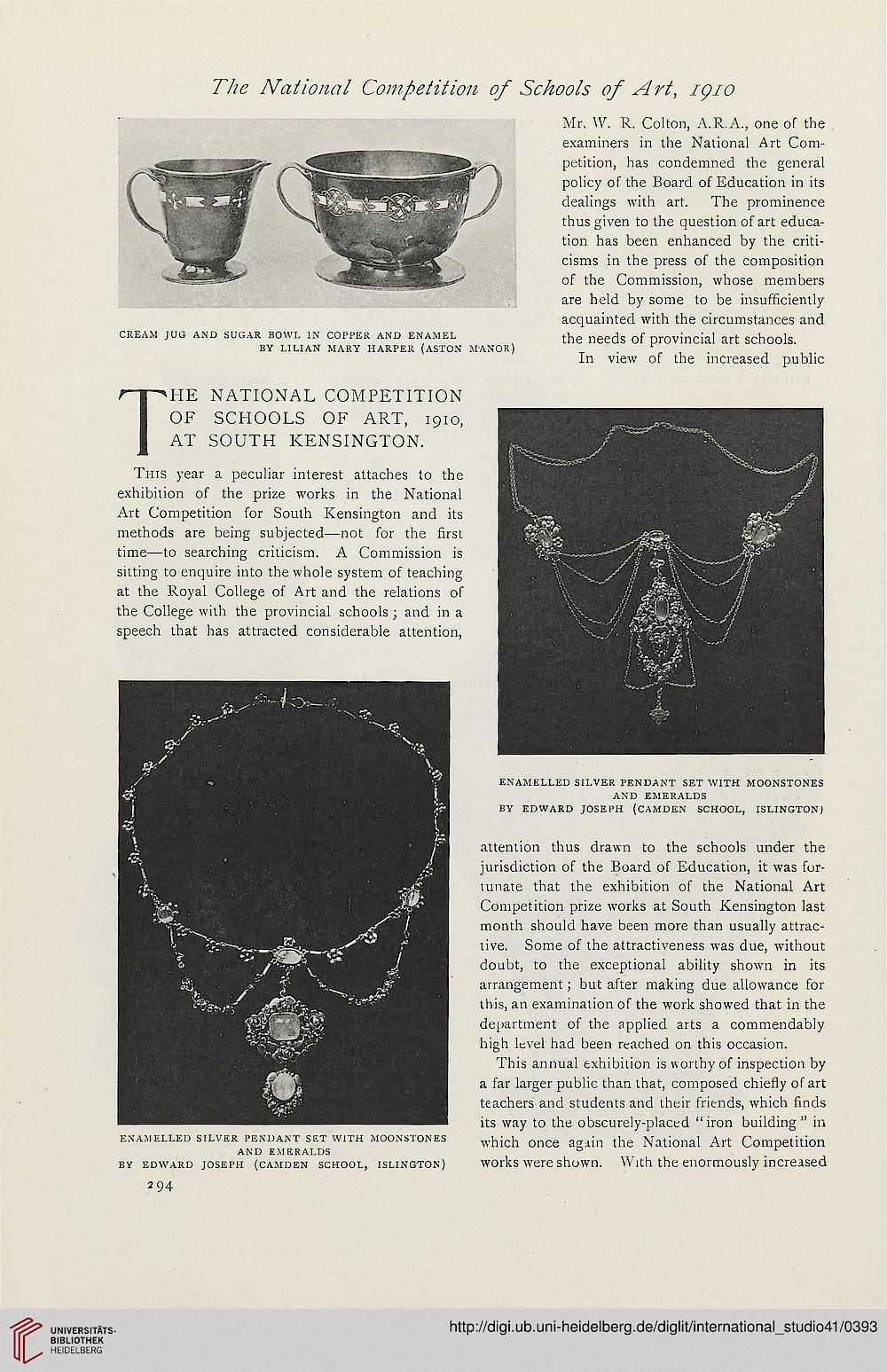 Information about OCR text
The National Competition of Schools of Art, igio

Mr. W. R. Colton, A.R.A., one of the
examiners in the National Art Com-
petition, has condemned the general
policy of the Board of Education in its
dealings with art. The prominence
thus given to the question of art educa-
tion has been enhanced by the criti-
cisms in the press of the composition
of the Commission, whose members
are held by some to be insufficiently
acquainted with the circumstances and

CREAM JUG AND SUGAR BOWL IN COPPER AND ENAMEL the needg of provincial art sch00ls.

In view of the increased public

HE NATIONAL COMPETITION
OF SCHOOLS OF ART, 19.10,
AT SOUTH KENSINGTON.

This year a peculiar interest attaches to the
exhibition of the prize works in the National
Art Competition for South Kensington and its
methods are being subjected—not for the first
time—to searching criticism. A Commission is
sitting to enquire into the whole system of teaching
at the Royal College of Art and the relations of
the College with the provincial schools ; and in a
speech that has attracted considerable attention,

attention thus drawn to the schools under the
jurisdiction of the Board of Education, it was for-
tunate that the exhibition of the National Art
Competition prize works at South Kensington last
month should have been more than usually attrac-
tive. Some of the attractiveness was due, without
doubt, to the exceptional ability shown in its
arrangement; but after making due allowance for
this, an examination of the work showed that in the
department of the applied arts a commendably
high level had been reached on this occasion.

This annual exhibition is worthy of inspection by
a far larger public than that, composed chiefly of art
teachers and students and their friends, which finds
its way to the obscurely-placed " iron building " in
enamelled silver pendant set with moonstones which once again lhe National Art Competition

by edward Joseph (camden school, Islington) works were shown. With the enormously increased
294