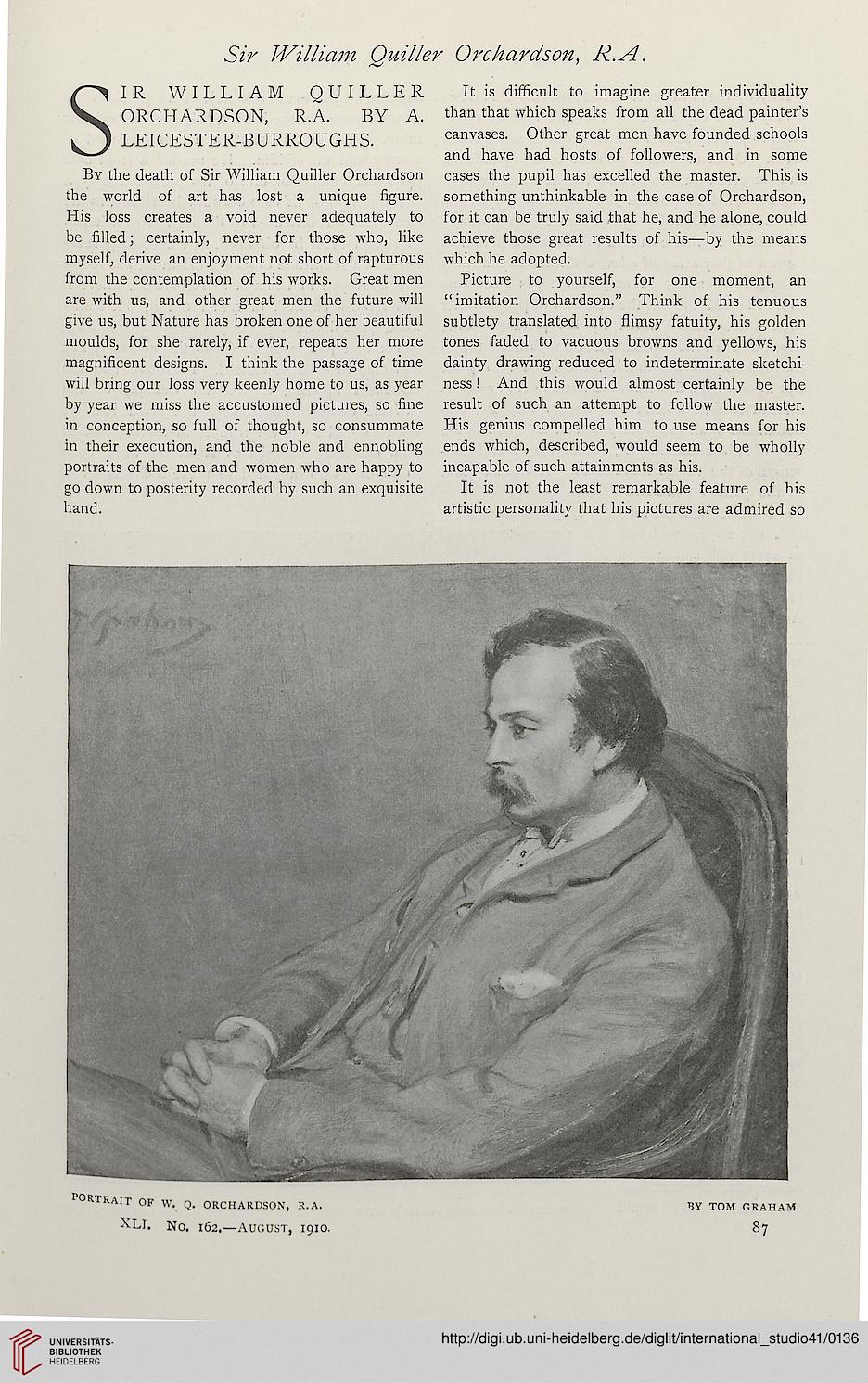 I R WILLIAM QUILLER
ORCHARDSON, R.A. BY A.
LEICESTER-BURROUGHS.

By the death of Sir William Quiller Orchardson
the world of art has lost a unique figure.
His loss creates a void never adequately to
be filled; certainly, never for those who, like
myself, derive an enjoyment not short of rapturous
from the contemplation of his works. Great men
are with us, and other great men the future will
give us, but Nature has broken one of her beautiful
moulds, for she rarely, if ever, repeats her more
magnificent designs. I think the passage of time
will bring our loss very keenly home to us, as year
by year we miss the accustomed pictures, so fine
in conception, so full of thought, so consummate
in their execution, and the noble and ennobling
portraits of the men and women who are happy to
go down to posterity recorded by such an exquisite
hand.

It is difficult to imagine greater individuality
than that which speaks from all the dead painter's
canvases. Other great men have founded schools
and have had hosts of followers, and in some
cases the pupil has excelled the master. This is
something unthinkable in the case of Orchardson,
for it can be truly said that he, and he alone, could
achieve those great results of his—by the means
which he adopted.

Picture to yourself, for one moment, an
"imitation Orchardson." Think of his tenuous
subtlety translated into flimsy fatuity, his golden
tones faded to vacuous browns and yellows, his
dainty drawing reduced to indeterminate sketchi-
ness! And this would almost certainly be the
result of such an attempt to follow the master.
His genius compelled him to use means for his
ends which, described, would seem to be wholly
incapable of such attainments as his.