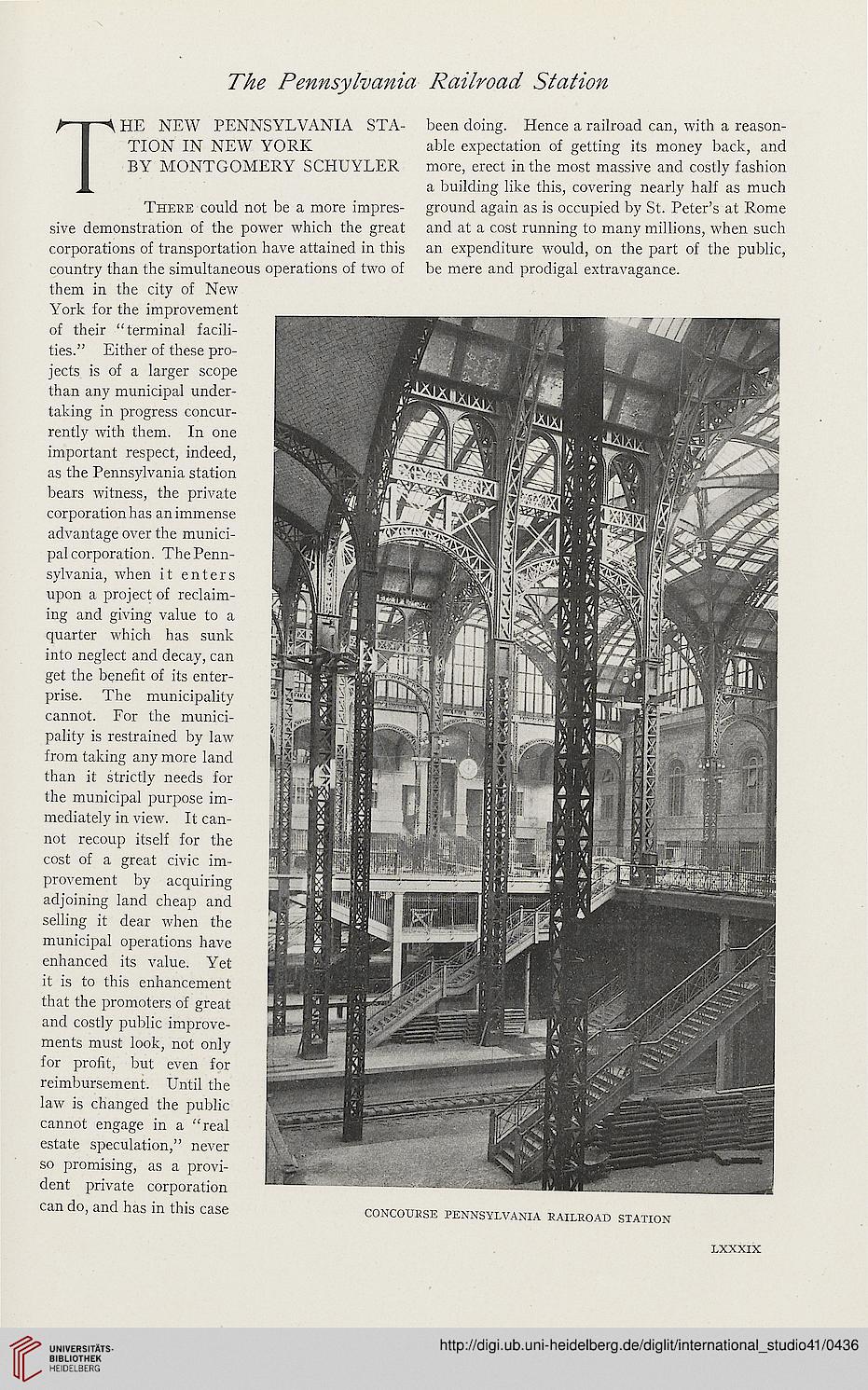 THE NEW PENNSYLVANIA STA- been doing. Hence a railroad can, with a reason-
TION IN NEW YORK able expectation of getting its money back, and

BY MONTGOMERY SCHUYLER more, erect in the most massive and costly fashion
a building like this, covering nearly half as much
There could not be a more impres- ground again as is occupied by St. Peter's at Rome
sive demonstration of the power which the great and at a cost running to many millions, when such
corporations of transportation have attained in this an expenditure would, on the part of the public,
country than the simultaneous operations of two of be mere and prodigal extravagance,
them in the city of New

ties." Either of these pro-
jects is of a larger scope EMMw
than any municipal under- '''^^Bftr^P^tflKK^nK' ' M

advantage over the munici-
pal corporation. The Penn-
sylvania, when it enters
upon a project of reclaim-
ing and giving value to a
quarter which has sunk
into neglect and decay, can
get the benefit of its enter-
prise. The municipality
cannot. For the munici-
pality is restrained by law
from taking any more land
than it strictly needs for
the municipal purpose im-
mediately in view. It can-
not recoup itself for the

it is to this enhancement

reimbursement. Until the
law is changed the public

estate speculation," never
so promising, as a provi-

can do, and has in this case concourse Pennsylvania railroad station