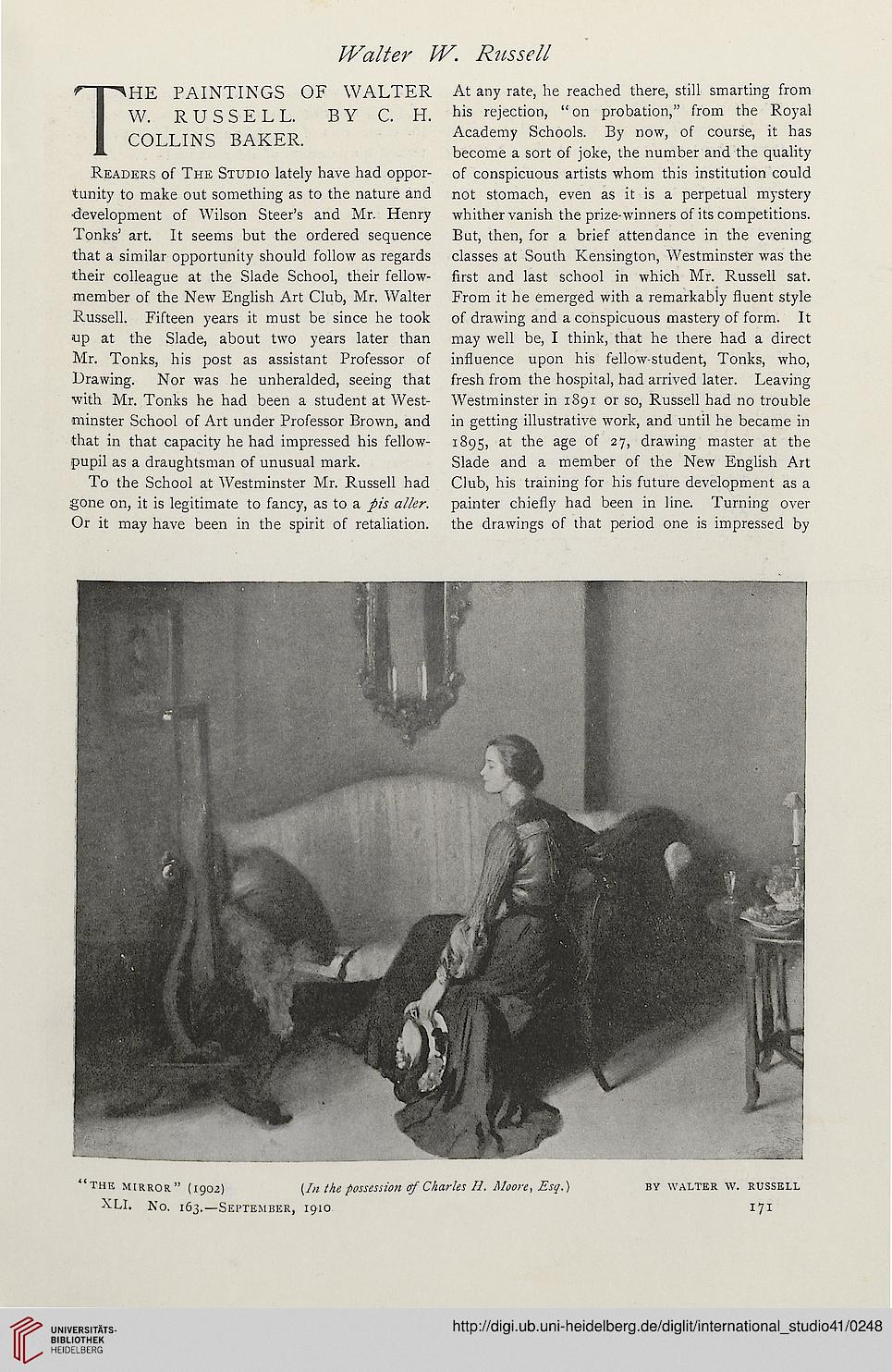 At any rate, he reached there, still smarting from
his rejection, " on probation," from the Royal
Academy Schools. By now, of course, it has
become a sort of joke, the number and the quality
of conspicuous artists whom this institution could
not stomach, even as it is a perpetual mystery
whither vanish the prize-winners of its competitions.
But, then, for a brief attendance in the evening
classes at South Kensington, Westminster was the
first and last school in which Mr. Russell sat.
From it he emerged with a remarkably fluent style
of drawing and a conspicuous mastery of form. It
may well be, I think, that he there had a direct
influence upon his fellow-student, Tonks, who,
fresh from the hospital, had arrived later. Leaving
Westminster in 1891 or so, Russell had no trouble
in getting illustrative work, and until he became in
1895, at the age of 27, drawing master at the
Slade and a member of the New English Art
Club, his training for his future development as a
painter chiefly had been in line. Turning over
the drawings of that period one is impressed by

Readers of The Studio lately have had oppor-
tunity to make out something as to the nature and
■development of Wilson Steer's and Mr. Henry
Tonks' art. It seems but the ordered sequence
that a similar opportunity should follow as regards
their colleague at the Slade School, their fellow-
member of the New English Art Club, Mr. Walter
Russell. Fifteen years it must be since he took
up at the Slade, about two years later than
Mr. Tonks, his post as assistant Professor of
Drawing. Nor was he unheralded, seeing that
■with Mr. Tonks he had been a student at West-
minster School of Art under Professor Brown, and
that in that capacity he had impressed his fellow-
pupil as a draughtsman of unusual mark.

To the School at Westminster Mr. Russell had
gone on, it is legitimate to fancy, as to a pis aller.
Or it may have been in the spirit of retaliation.