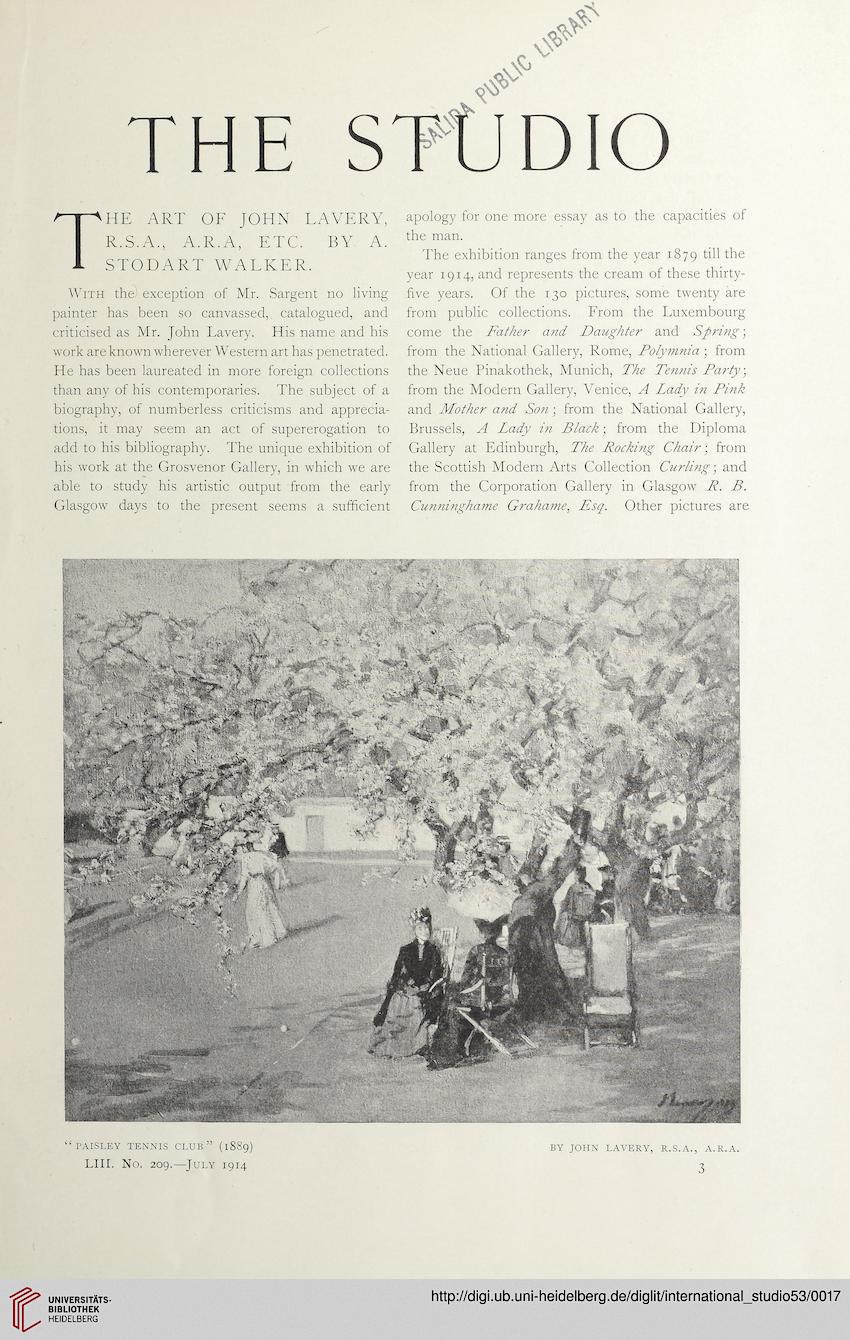 The art of john lavery,
R.S.A., A.R.A, ETC. BY A.
STODART WALKER.
With the exception of Mr. Sargent no living
painter has been so canvassed, catalogued, and
criticised as Mr. John Lavery. His name and his
work are known wherever Western art has penetrated.
He has been laureated in more foreign collections
than any of his contemporaries. The subject of a
biography, of numberless criticisms and apprecia-
tions, it may seem an act of supererogation to
add to his bibliography. The unique exhibition of
his work at the Grosvenor Gallery, in which we are
able to study his artistic output from the early
Glasgow days to the present seems a sufficient

apology for one more essay as to the capacities of
the man.
The exhibition ranges from the year 1879 4 the
year 1914, and represents the cream of these thirty-
five years. Of the 130 pictures, some twenty are
from public collections. From the Luxembourg
come the Father and Daughter and Spring-,
from the National Gallery, Rome, Polymnia; from
the Neue Pinakothek, Munich, The Tennis Party,
from the Modern Gallery, Venice, A Lady in Pink
and Mother and Son -, from the National Gallery,
Brussels, A Lady in Black; from the Diploma
Gallery at Edinburgh, The Rocking Chair-, from
the Scottish Modern Arts Collection Curling-, and
from the Corporation Gallery in Glasgow R. B.
Cunninghame Grahame, Esq. Other pictures are