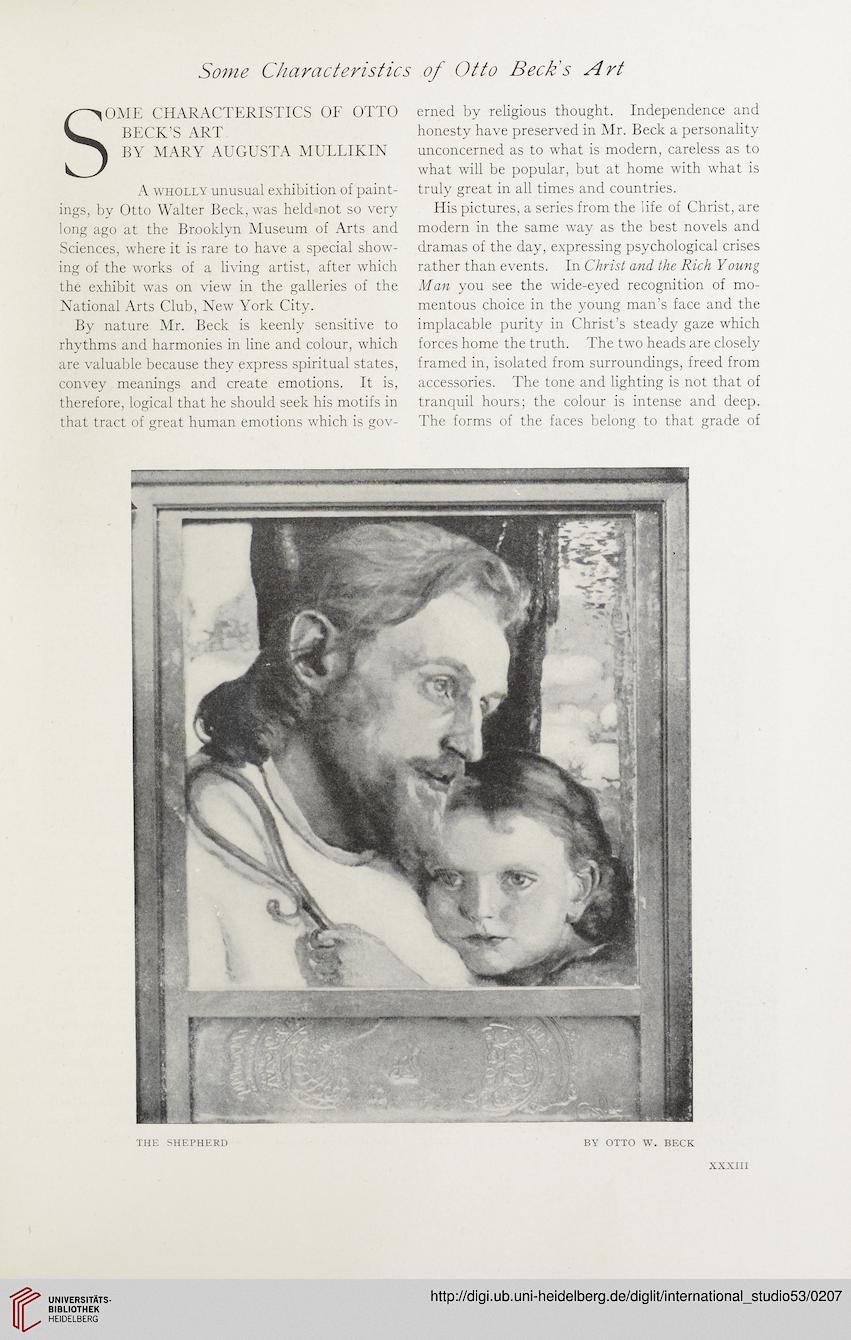 Information about OCR text
Some Characteristics of Otto Beck's Art

SOME CHARACTERISTICS OF OTTO
BECK’S ART
| BY MARY AUGUSTA MULLIKIN
A wholly unusual exhibition of paint-
ings, by Otto Walter Beck, was held not so very
long ago at the Brooklyn Museum of Arts and
Sciences, where it is rare to have a special show-
ing of the works of a living artist, after which
the exhibit was on view in the galleries of the
National Arts Club, New York City.
By nature Air. Beck is keenly sensitive to
rhythms and harmonies in line and colour, which
are valuable because they express spiritual states,
convey meanings and create emotions. It is,
therefore, logical that he should seek his motifs in
that tract of great human emotions which is gov-

erned by religious thought. Independence and
honesty have preserved in Mr. Beck a personality
unconcerned as to what is modern, careless as to
what will be popular, but at home with what is
truly great in all times and countries.
His pictures, a series from the life of Christ, are
modern in the same way as the best novels and
dramas of the day, expressing psychological crises
rather than events. In Christ and the Rich Young
Man you see the wide-eyed recognition of mo-
mentous choice in the young man’s face and the
implacable purity in Christ’s steady gaze which
forces home the truth. The two heads are closely
framed in, isolated from surroundings, freed from
accessories. The tone and lighting is not that of
tranquil hours; the colour is intense and deep.
The forms of the faces belong to that grade of


THE SHEPHERD BY OTTO W. BECK