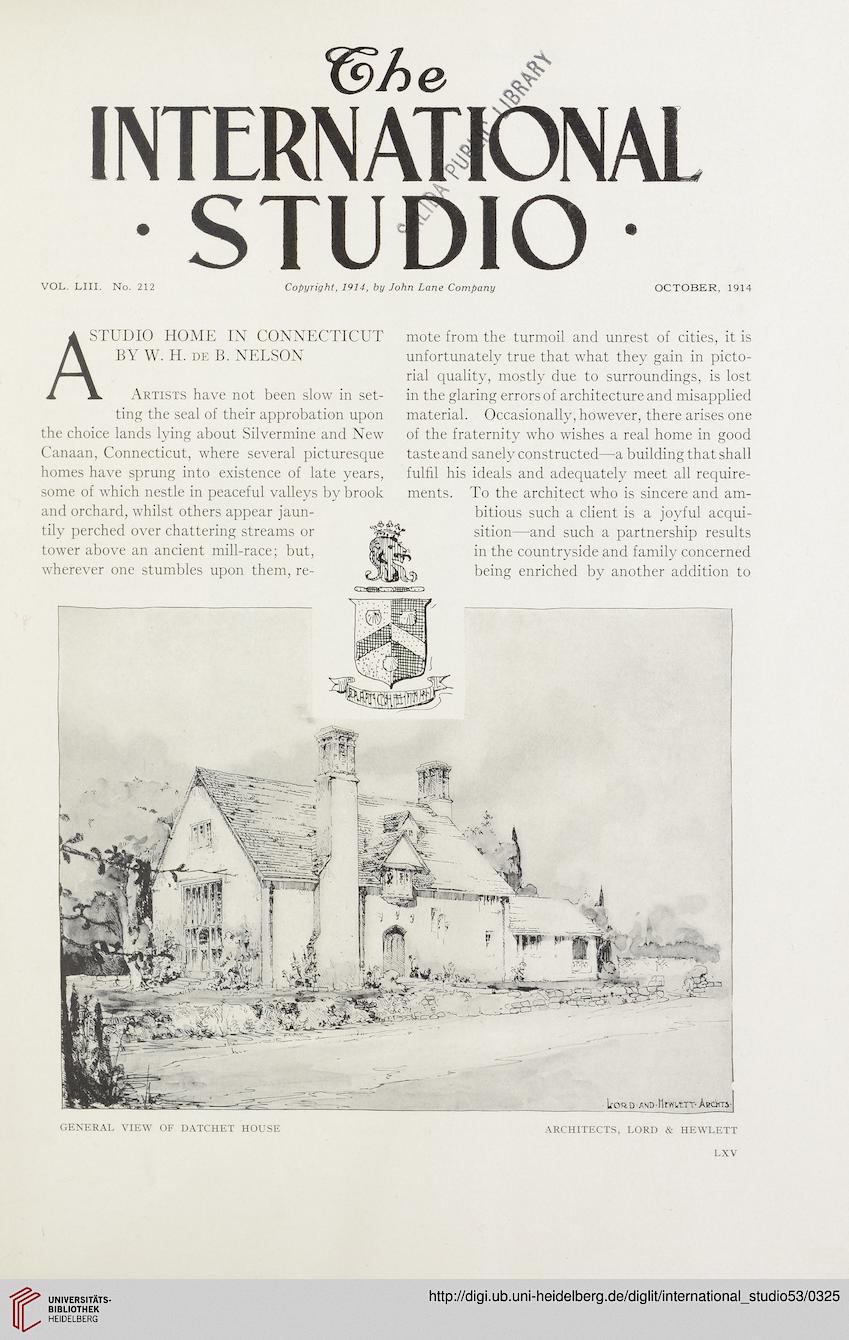 A STUDIO HOME IN CONNECTICUT
/\ BY W. H. de B. NELSON
x X Artists have not been slow in set-

mote from the turmoil and unrest of cities, it is
unfortunately true that what they gain in picto-
rial quality, mostly due to surroundings, is lost
in the glaring errors of architecture and misapplied

ting the seal of their approbation upon

material. Occasionally, however, there arises one

the choice lands lying about Silvermine and New
Canaan, Connecticut, where several picturesque
homes have sprung into existence of late years,

some of which nestle in peaceful valleys by brook ments.

and orchard, whilst others appear jaun-
tily perched over chattering streams or
tower above an ancient mill-race; but,
wherever one stumbles upon them, re-