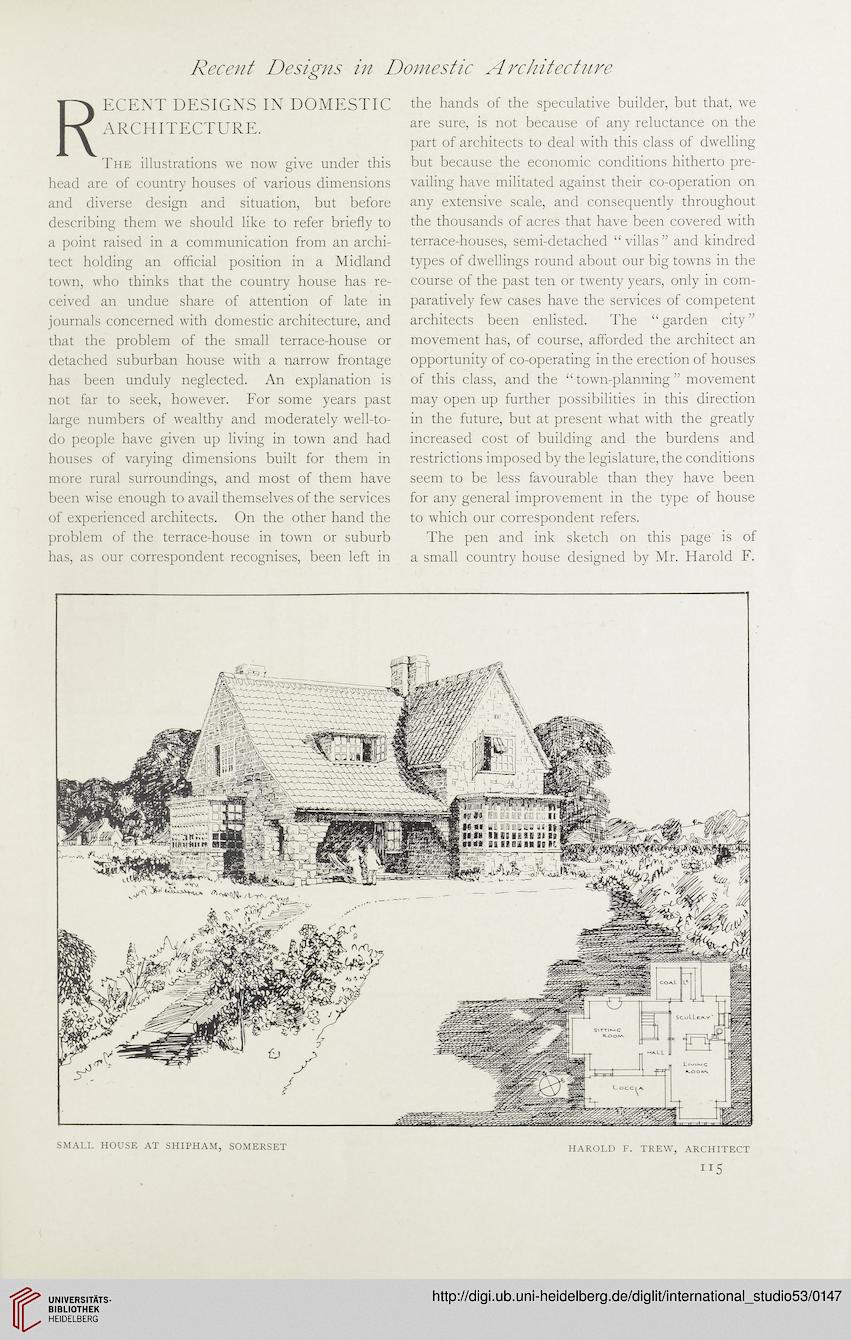 Recent designs in domestic
ARCHITECTURE.
The illustrations we now give under this
head are of country houses of various dimensions
and diverse design and situation, but before
describing them we should like to refer briefly to
a point raised in a communication from an archi-
tect holding an official position in a Midland
town, who thinks that the country house has re-
ceived an undue share of attention of late in
journals concerned with domestic architecture, and
that the problem of the small terrace-house or
detached suburban house with a narrow frontage
has been unduly neglected. An explanation is
not far to seek, however. For some years past
large numbers of wealthy and moderately well-to-
do people have given up living in town and had
houses of varying dimensions built for them in
more rural surroundings, and most of them have
been wise enough to avail themselves of the services
of experienced architects. On the other hand the
problem of the terrace-house in town or suburb
has, as our correspondent recognises, been left in

the hands of the speculative builder, but that, we
are sure, is not because of any reluctance on the
part of architects to deal with this class of dwelling
but because the economic conditions hitherto pre-
vailing have militated against their co-operation on
any extensive scale, and consequently throughout
the thousands of acres that have been covered with
terrace-houses, semi-detached “ villas ” and kindred
types of dwellings round about our big towns in the
course of the past ten or twenty years, only in com-
paratively few cases have the services of competent
architects been enlisted. The “ garden city ”
movement has, of course, afforded the architect an
opportunity of co-operating in the erection of houses
of this class, and the “town-planning” movement
may open up further possibilities in this direction
in the future, but at present what with the greatly
increased cost of building and the burdens and
restrictions imposed by the legislature, the conditions
seem to be less favourable than they have been
for any general improvement in the type of house
to which our correspondent refers.
The pen and ink sketch on this page is of
a small country house designed by Mr. Harold F.