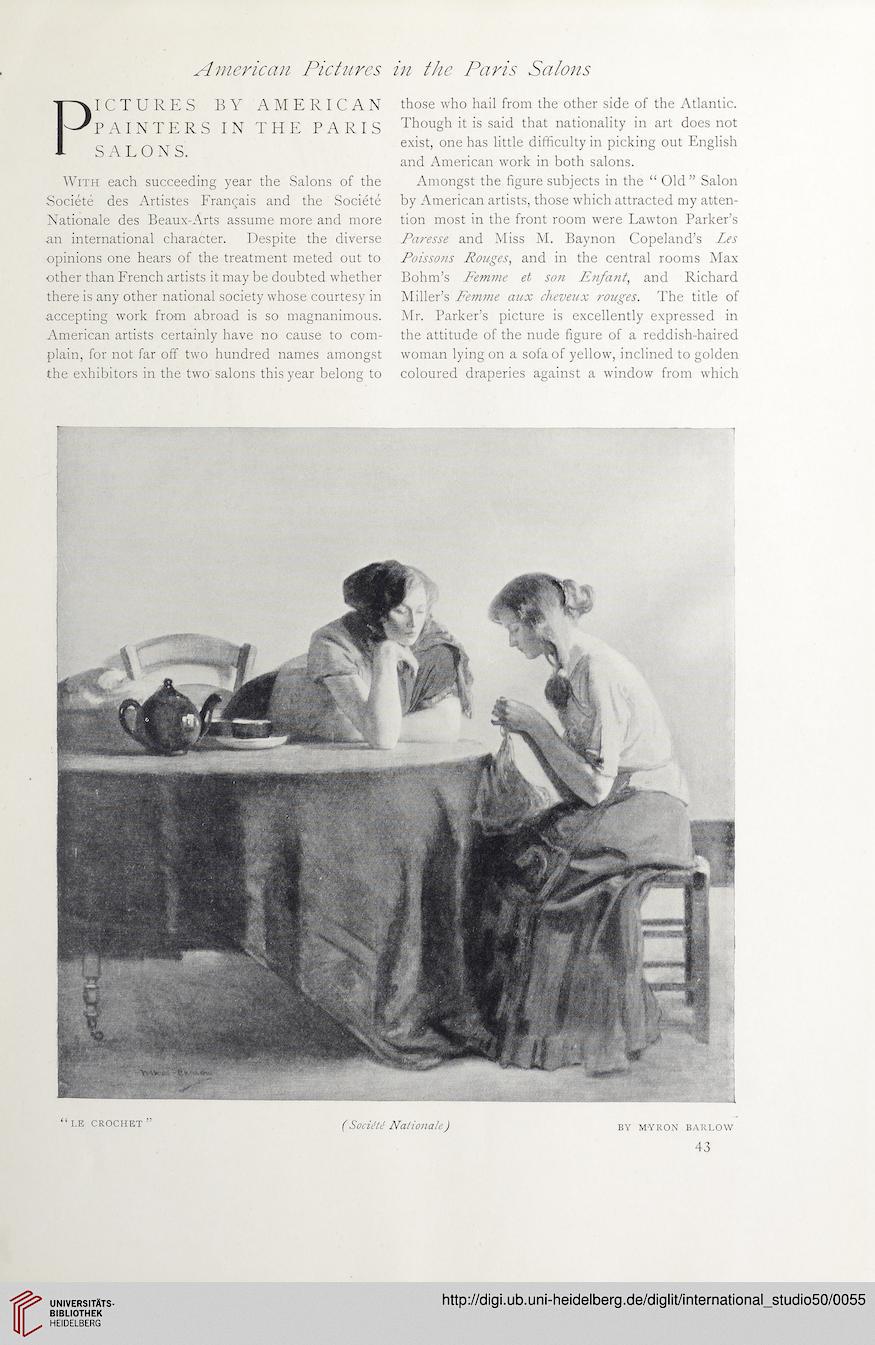 Information about OCR text
American Pictures in the Paris Satons

PICTURES BY AMERICAN
PAINTERS IN THE PARIS
SALONS.
With each succeeding year the Salons of the
Societe des Artistes Francais and the Societe
Nationale des Beaux-Arts assume more and more
an international character. Despite the diverse
opinions one hears of the treatment meted out to
other than French artists it may be doubted whether
there is any other national society whose courtesy in
accepting work from abroad is so magnanimous.
American artists certainly have no cause to com-
plain, for not far off two hundred names amongst
the exhibitors in the two salons this year belong to

those who hail from the other side of the Atlantic.
Though it is said that nationality in art does not
exist, one has little difficulty in picking out English
and American work in both salons.
Amongst the figure subjects in the “ Old” Salon
by American artists, those which attracted my atten-
tion most in the front room were Lawton Parker’s
Paresse and Miss M. Baynon Copeland’s Les
Poissons Rouges, and in the central rooms Max
Bohm’s Femme et son Enfant, and Richard
Miller’s Femme aux cheveux rouges. The title of
Mr. Parker’s picture is excellently expressed in
the attitude of the nude figure of a reddish-haired
woman lying on a sofa of yellow, inclined to golden
coloured draperies against a window from which