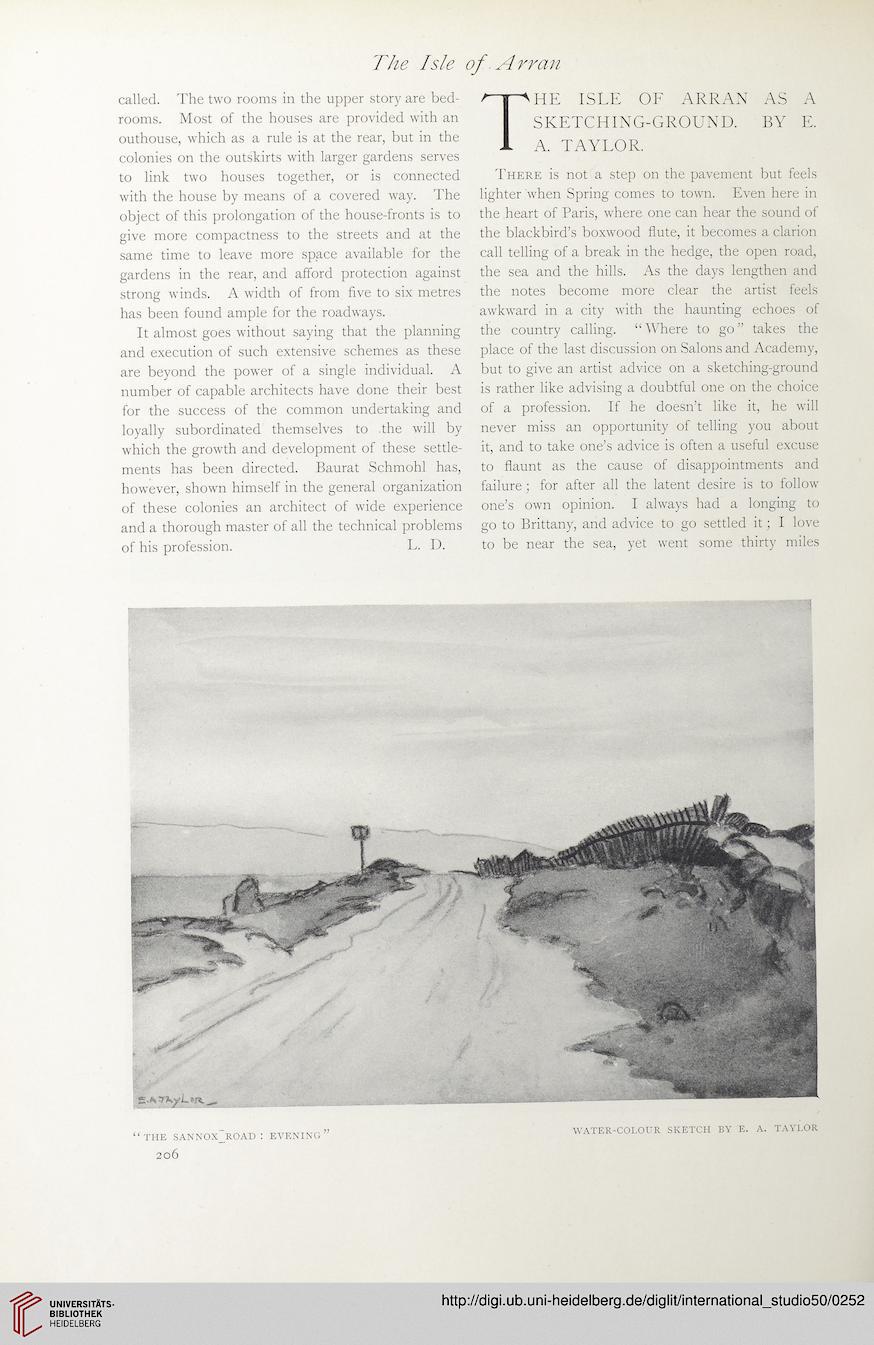 Information about OCR text
The Isle of Arran

called. The two rooms in the upper story are bed-
rooms. Most of the houses are provided with an
outhouse, which as a rule is at the rear, but in the
colonies on the outskirts with larger gardens serves
to link two houses together, or is connected
with the house by means of a covered way. The
object of this prolongation of the house-fronts is to
give more compactness to the streets and at the
same time to leave more space available for the
gardens in the rear, and afford protection against
strong winds. A width of from five to six metres
has been found ample for the roadways.
It almost goes without saying that the planning
and execution of such extensive schemes as these
are beyond the power of a single individual. A
number of capable architects have done their best
for the success of the common undertaking and
loyally subordinated themselves to the will by
which the growth and development of these settle-
ments has been directed. Baurat Schmohl has,
however, shown himself in the general organization
of these colonies an architect of wide experience
and a thorough master of all the technical problems
of his profession. L. D.

The isle of arran as a
SKETCHING-GROUND. BY E.
A. TAYLOR.
There is not a step on the pavement but feels
lighter when Spring comes to town. Even here in
the heart of Paris, where one can hear the sound of
the blackbird’s boxwood flute, it becomes a clarion
call telling of a break in the hedge, the open road,
the sea and the hills. As the days lengthen and
the notes become more clear the artist feels
awkward in a city with the haunting echoes of
the country calling. “Where to go” takes the
place of the last discussion on Salons and Academy,
but to give an artist advice on a sketching-ground
is rather like advising a doubtful one on the choice
of a profession. If he doesn’t like it, he will
never miss an opportunity of telling you about
it, and to take one’s advice is often a useful excuse
to flaunt as the cause of disappointments and
failure; for after all the latent desire is to follow
one’s own opinion. I always had a longing to
go to Brittany, and advice to go settled it; I love
to be near the sea, yet went some thirty miles

WATER-COLOUR SKETCH BY E. A. TAYLOR