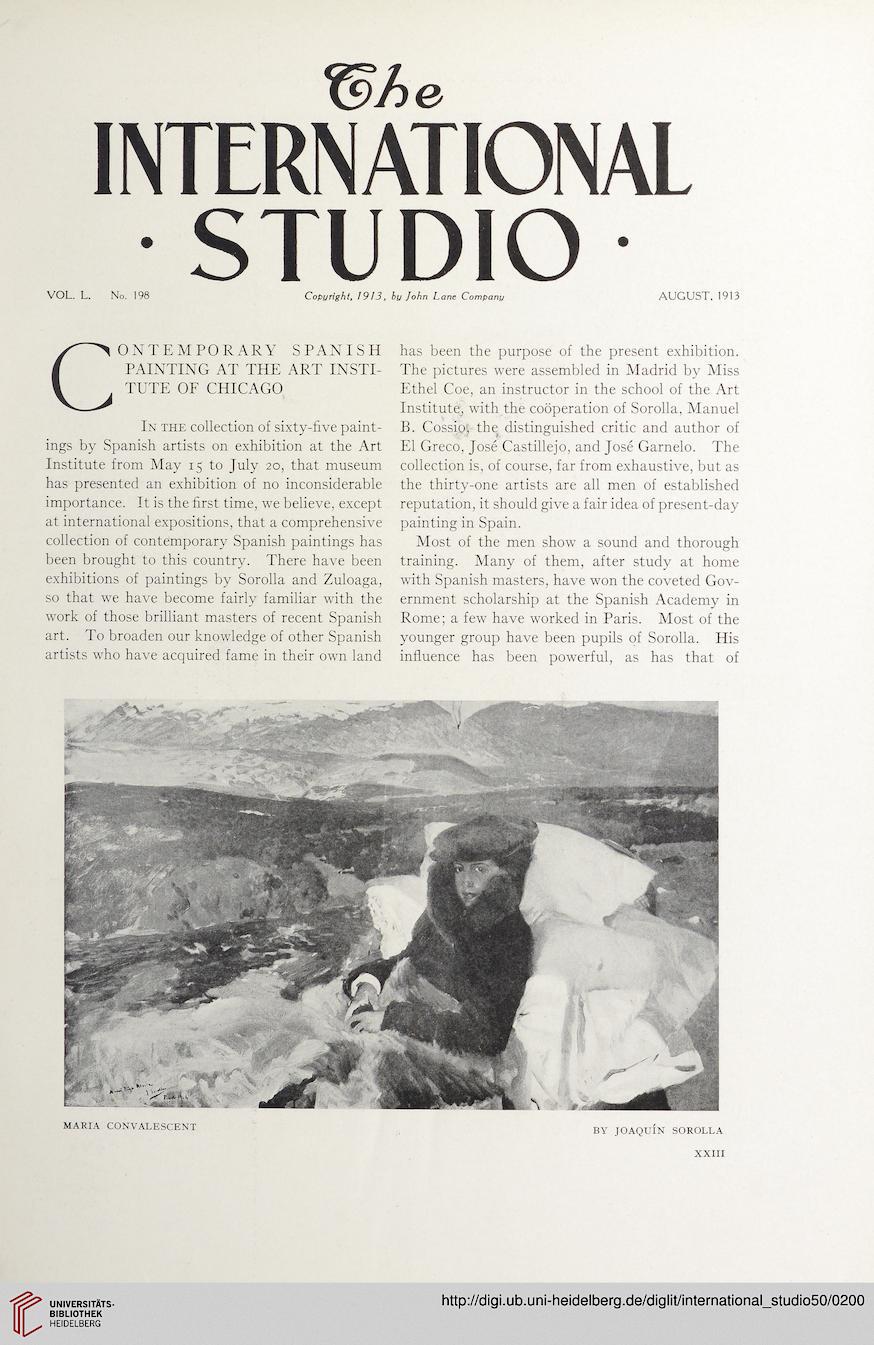 CONTEMPORARY SPANISH
PAINTING AT THE ART INSTI-
TUTE OF CHICAGO
In the collection of sixty-five paint-
ings by Spanish artists on exhibition at the Art
Institute from May 15 to July 20, that museum
has presented an exhibition of no inconsiderable
importance. It is the first time, we believe, except
at international expositions, that a comprehensive
collection of contemporary Spanish paintings has
been brought to this country. There have been
exhibitions of paintings by Sorolla and Zuloaga,
so that we have become fairly familiar with the
work of those brilliant masters of recent Spanish
art. To broaden our knowledge of other Spanish
artists who have acquired fame in their own land

has been the purpose of the present exhibition.
The pictures were assembled in Madrid by Miss
Ethel Coe, an instructor in the school of the Art
Institute, with the cooperation of Sorolla, Manuel
B. Cossio, the distinguished critic and author of
El Greco, Jose Castillejo, and Jose Garnelo. The
collection is, of course, far from exhaustive, but as
the thirty-one artists are all men of established
reputation, it should give a fair idea of present-day
painting in Spain.
Most of the men show a sound and thorough
training. Many of them, after study at home
with Spanish masters, have won the coveted Gov-
ernment scholarship at the Spanish Academy in
Rome; a few have worked in Paris. Most of the
younger group have been pupils of Sorolla. His
influence has been powerful, as has that of