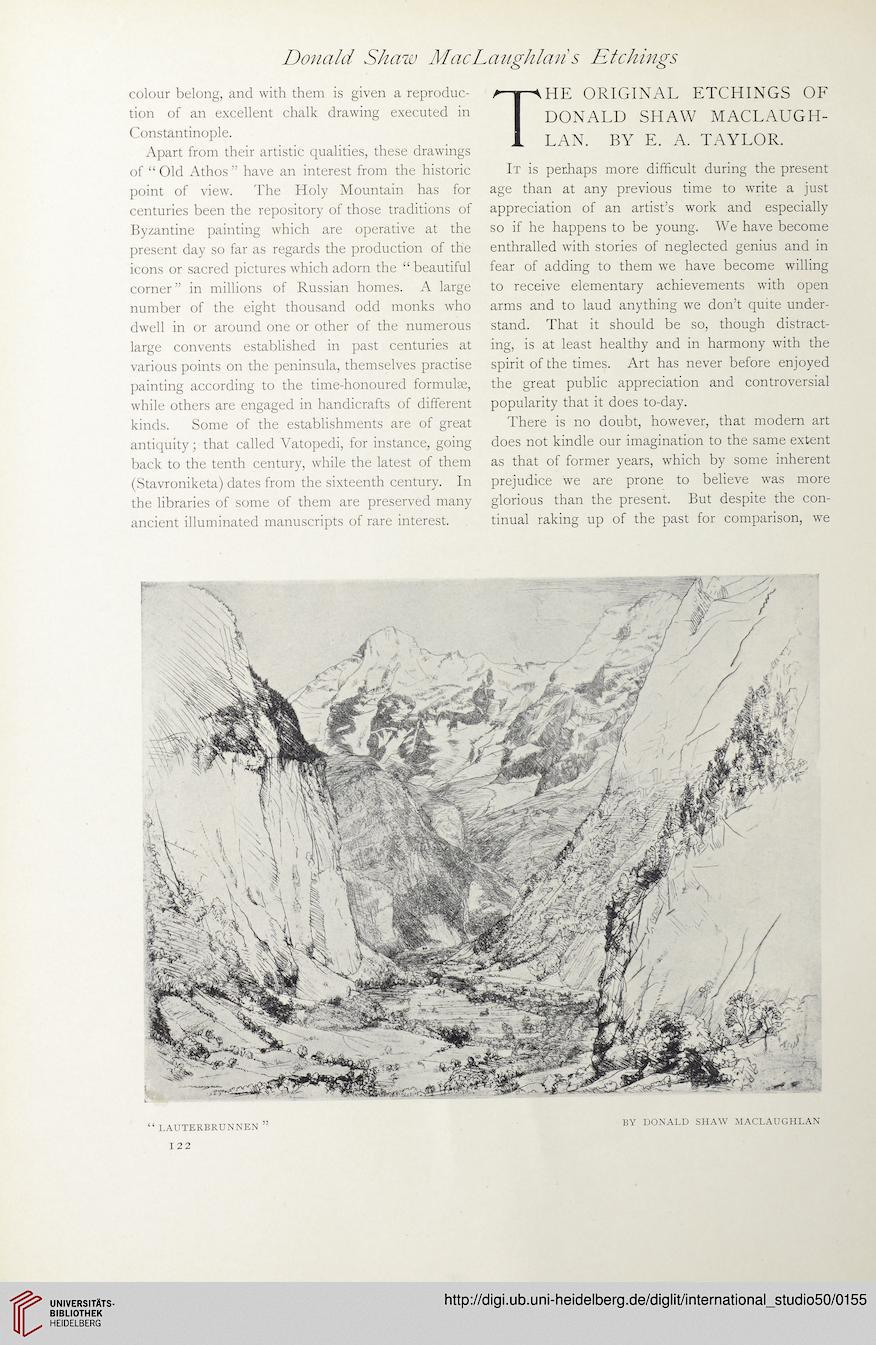 colour belong, and with them is given a reproduc-
tion of an excellent chalk drawing executed in
Constantinople.
Apart from their artistic qualities, these drawings
of “ Old Athos ” have an interest from the historic
point of view. The Holy Mountain has for
centuries been the repository of those traditions of
Byzantine painting which are operative at the
present day so far as regards the production of the
icons or sacred pictures which adorn the “ beautiful
corner” in millions of Russian homes. A large
number of the eight thousand odd monks who
dwell in or around one or other of the numerous
large convents established in past centuries at
various points on the peninsula, themselves practise
painting according to the time-honoured formulae,
while others are engaged in handicrafts of different
kinds. Some of the establishments are of great
antiquity; that called Vatopedi, for instance, going
back to the tenth century, while the latest of them
(Stavroniketa) dates from the sixteenth century. In
the libraries of some of them are preserved many
ancient illuminated manuscripts of rare interest.

The original etchings of
DONALD SHAW MACLAUGH-
LAN. BY E. A. TAYLOR.
It is perhaps more difficult during the present
age than at any previous time to write a just
appreciation of an artist’s work and especially
so if he happens to be young. We have become
enthralled with stories of neglected genius and in
fear of adding to them we have become willing
to receive elementary achievements with open
arms and to laud anything we don’t quite under-
stand. That it should be so, though distract-
ing, is at least healthy and in harmony with the
spirit of the times. Art has never before enjoyed
the great public appreciation and controversial
popularity that it does to-day.
There is no doubt, however, that modern art
does not kindle our imagination to the same extent
as that of former years, which by some inherent
prejudice we are prone to believe was more
glorious than the present. But despite the con-
tinual raking up of the past for comparison, we