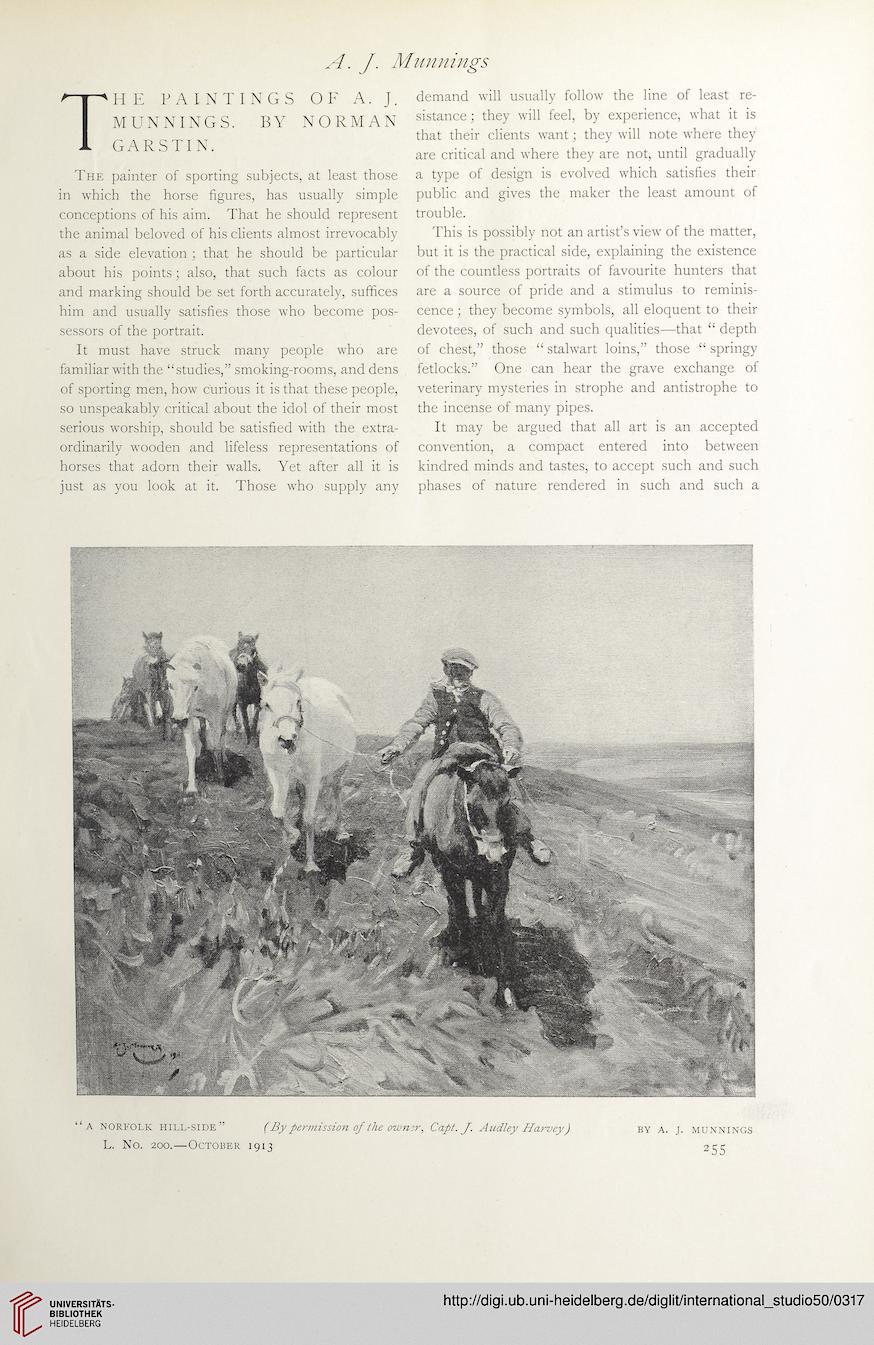 The paintings of a. j.
MUNNINGS. BY NORMAN
GARSTIN.
The painter of sporting subjects, at least those
in which the horse figures, has usually simple
conceptions of his aim. That he should represent
the animal beloved of his clients almost irrevocably
as a side elevation ; that he should be particular
about his points; also, that such facts as colour
and marking should be set forth accurately, suffices
him and usually satisfies those who become pos-
sessors of the portrait.
It must have struck many people who are
familiar with the “studies,” smoking-rooms, and dens
of sporting men, how curious it is that these people,
so unspeakably critical about the idol of their most
serious worship, should be satisfied with the extra-
ordinarily wooden and lifeless representations of
horses that adorn their walls. Yet after all it is
just as you look at it. Those who supply any

demand will usually follow the line of least re-
sistance ; they will feel, by experience, what it is
that their clients want; they will note where they
are critical and where they are not, until gradually
a type of design is evolved which satisfies their
public and gives the maker the least amount of
trouble.
This is possibly not an artist’s view of the matter,
but it is the practical side, explaining the existence
of the countless portraits of favourite hunters that
are a source of pride and a stimulus to reminis-
cence ; they become symbols, all eloquent to their
devotees, of such and such qualities—that “ depth
of chest,” those “ stalwart loins,” those “ springy
fetlocks.” One can hear the grave exchange of
veterinary mysteries in strophe and antistrophe to
the incense of many pipes.
It may be argued that all art is an accepted
convention, a compact entered into between
kindred minds and tastes, to accept such and such
phases of nature rendered in such and such a