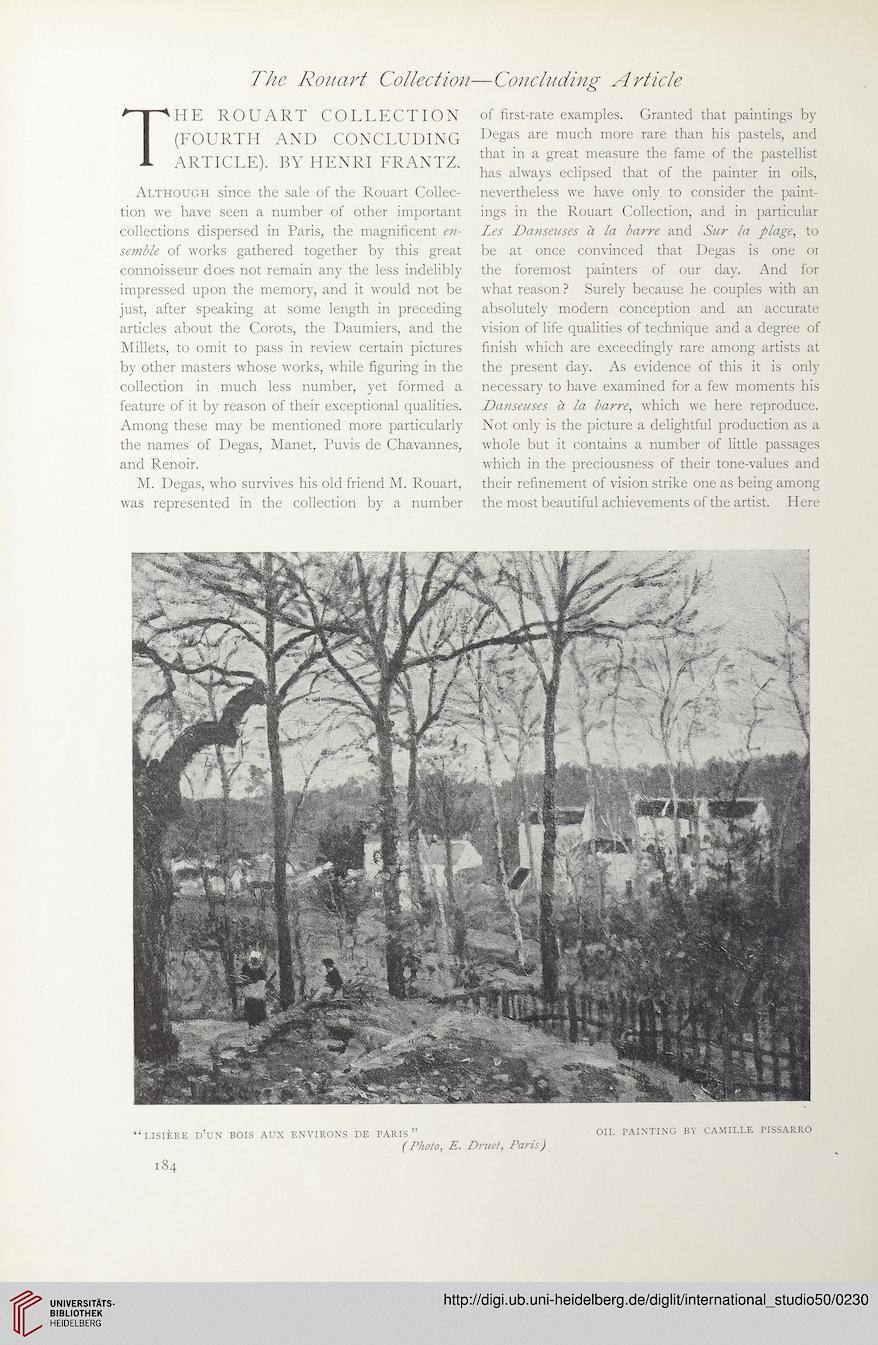 The rouart collection
(FOURTH AND CONCLUDING
ARTICLE). BY HENRI FRANTZ.
Although since the sale of the Rouart Collec-
tion we have seen a number of other important
collections dispersed in Paris, the magnificent en-
semble of works gathered together by this great
connoisseur does not remain any the less indelibly
impressed upon the memory, and it would not be
just, after speaking at some length in preceding
articles about the Corots, the Daumiers, and the
Millets, to omit to pass in review certain pictures
by other masters whose works, while figuring in the
collection in much less number, yet formed a
feature of it by reason of their exceptional qualities.
Among these may be mentioned more particularly
the names of Degas, Manet, Puvis de Chavannes,
and Renoir.
M. Degas, who survives his old friend M. Rouart,
was represented in the collection by a number

of first-rate examples. Granted that paintings by
Degas are much more rare than his pastels, and
that in a great measure the fame of the pastellist
has always eclipsed that of the painter in oils,
nevertheless we have only to consider the paint-
ings in the Rouart Collection, and in particular
Les Danseuses a la barre and Sur la plage, to
be at once convinced that Degas is one or
the foremost painters of our day. And for
what reason ? Surely because he couples with an
absolutely modern conception and an accurate
vision of life qualities of technique and a degree of
finish which are exceedingly rare among artists at
the present day. As evidence of this it is only
necessary to have examined for a few moments his
Danseuses a la barre, which we here reproduce.
Not only is the picture a delightful production as a
whole but it contains a number of little passages
which in the preciousness of their tone-values and
their refinement of vision strike one as being among
the most beautiful achievements of the artist. Here