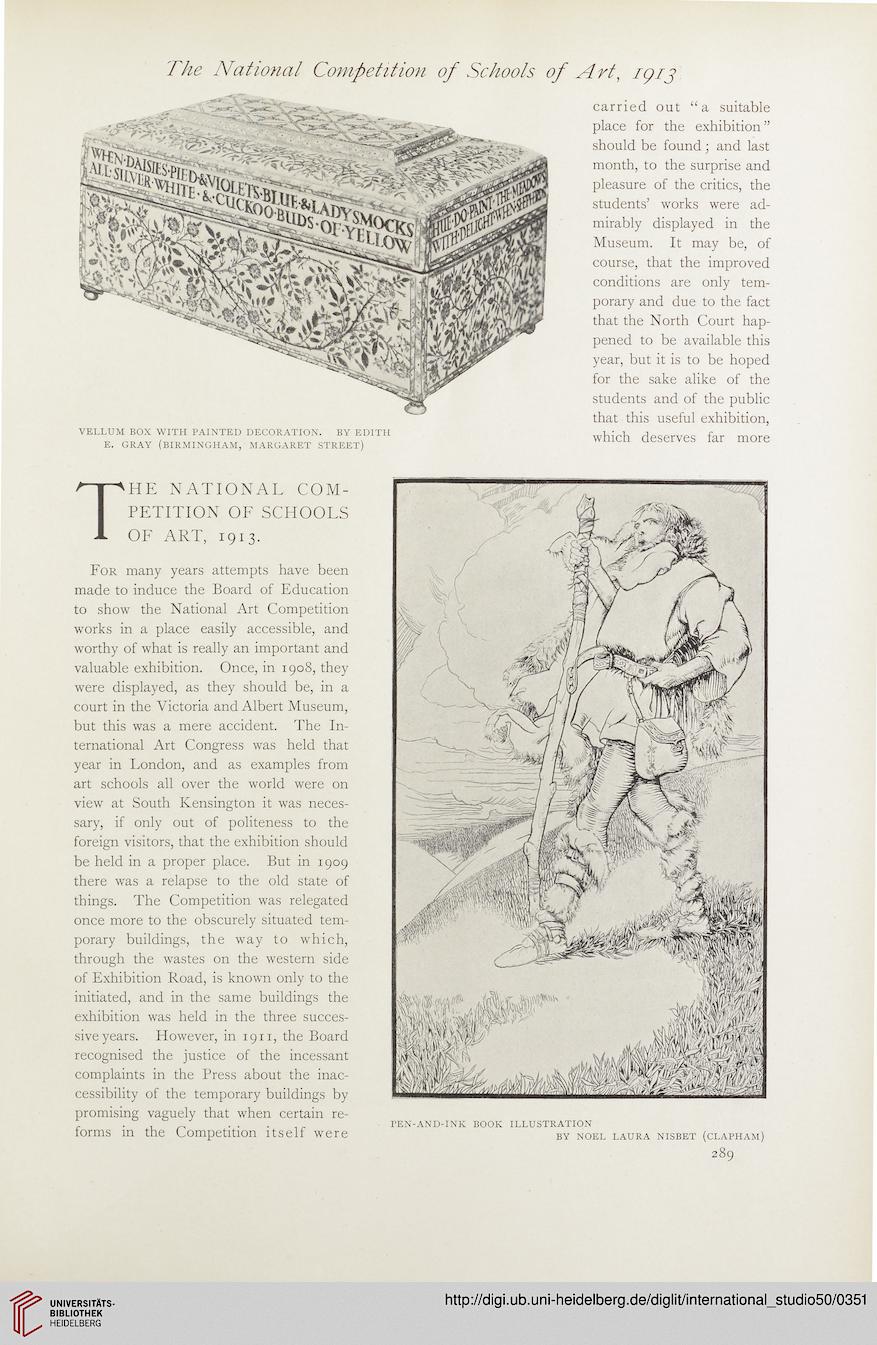 Information about OCR text
The National Competition of Schools of Art, 1913


carried out “a suitable
place for the exhibition”
should be found; and last
month, to the surprise and
pleasure of the critics, the
students’ works were ad-
mirably displayed in the
Museum. It may be, of
course, that the improved
conditions are only tem-
porary and due to the fact
that the North Court hap-
pened to be available this
year, but it is to be hoped
for the sake alike of the
students and of the public
that this useful exhibition,
which deserves far more

The national com-
petition OF SCHOOLS
OF ART, 1913.
For many years attempts have been
made to induce the Board of Education
to show the National Art Competition
works in a place easily accessible, and
worthy of what is really an important and
valuable exhibition. Once, in 1908, they
were displayed, as they should be, in a
court in the Victoria and Albert Museum,
but this was a mere accident. The In-
ternational Art Congress was held that
year in London, and as examples from
art schools all over the world were on
view at South Kensington it was neces-
sary, if only out of politeness to the
foreign visitors, that the exhibition should
be held in a proper place. But in 1909
there was a relapse to the old state of
things. The Competition was relegated
once more to the obscurely situated tem-
porary buildings, the way to which,
through the wastes on the western side
of Exhibition Road, is known only to the
initiated, and in the same buildings the
exhibition was held in the three succes-
sive years. However, in 1911, the Board
recognised the justice of the incessant
complaints in the Press about the inac-
cessibility of the temporary buildings by
promising vaguely that when certain re-
forms in the Competition itself were