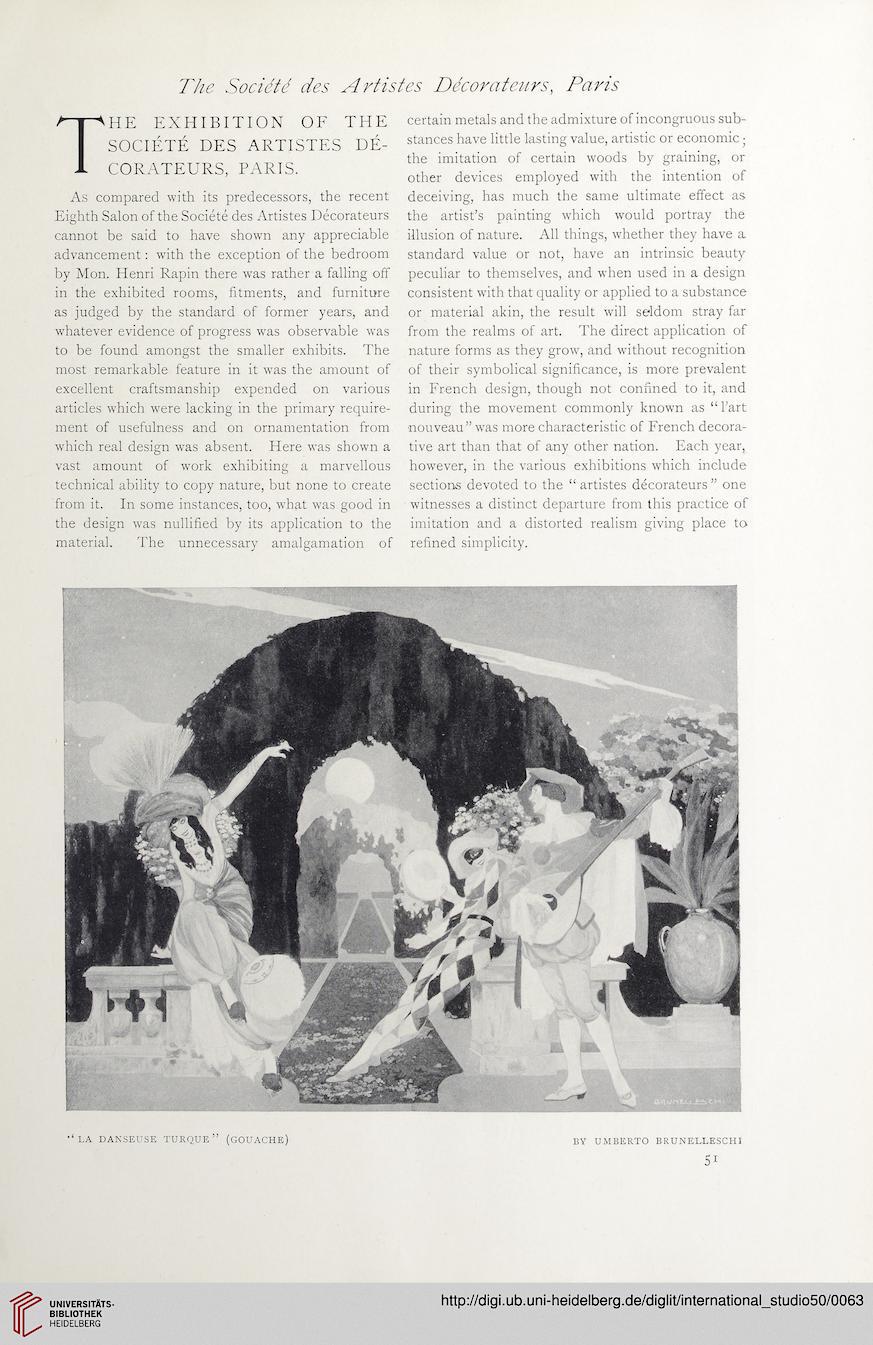 The exhibition of the
SOCIETE DES ARTISTES DE-
CORATEURS, PARIS.
As compared with its predecessors, the recent
Eighth Salon of the Societe des Artistes Decorateurs
cannot be said to have shown any appreciable
advancement: with the exception of the bedroom
by Mon. Henri Rapin there was rather a falling off
in the exhibited rooms, fitments, and furniture
as judged by the standard of former years, and
whatever evidence of progress was observable was
to be found amongst the smaller exhibits. The
most remarkable feature in it was the amount of
excellent craftsmanship expended on various
articles which were lacking in the primary require-
ment of usefulness and on ornamentation from
which real design was absent. Here was shown a
vast amount of work exhibiting a marvellous
technical ability to copy nature, but none to create
from it. In some instances, too, what was good in
the design was nullified by its application to the
material. The unnecessary amalgamation of

certain metals and the admixture of incongruous sub-
stances have little lasting value, artistic or economic •
the imitation of certain woods by graining, or
other devices employed with the intention of
deceiving, has much the same ultimate effect as
the artist’s painting which would portray the
illusion of nature. All things, whether they have a
standard value or not, have an intrinsic beauty
peculiar to themselves, and when used in a design
consistent with that quality or applied to a substance
or material akin, the result will seldom stray far
from the realms of art. The direct application of
nature forms as they grow, and without recognition
of their symbolical significance, is more prevalent
in French design, though not confined to it, and
during the movement commonly known as “ l’art
■nouveau” was more characteristic of French decora-
tive art than that of any other nation. Each year,
however, in the various exhibitions which include
sections devoted to the “ artistes decorateurs ” one
witnesses a distinct departure from this practice of
imitation and a distorted realism giving place to
refined simplicity.