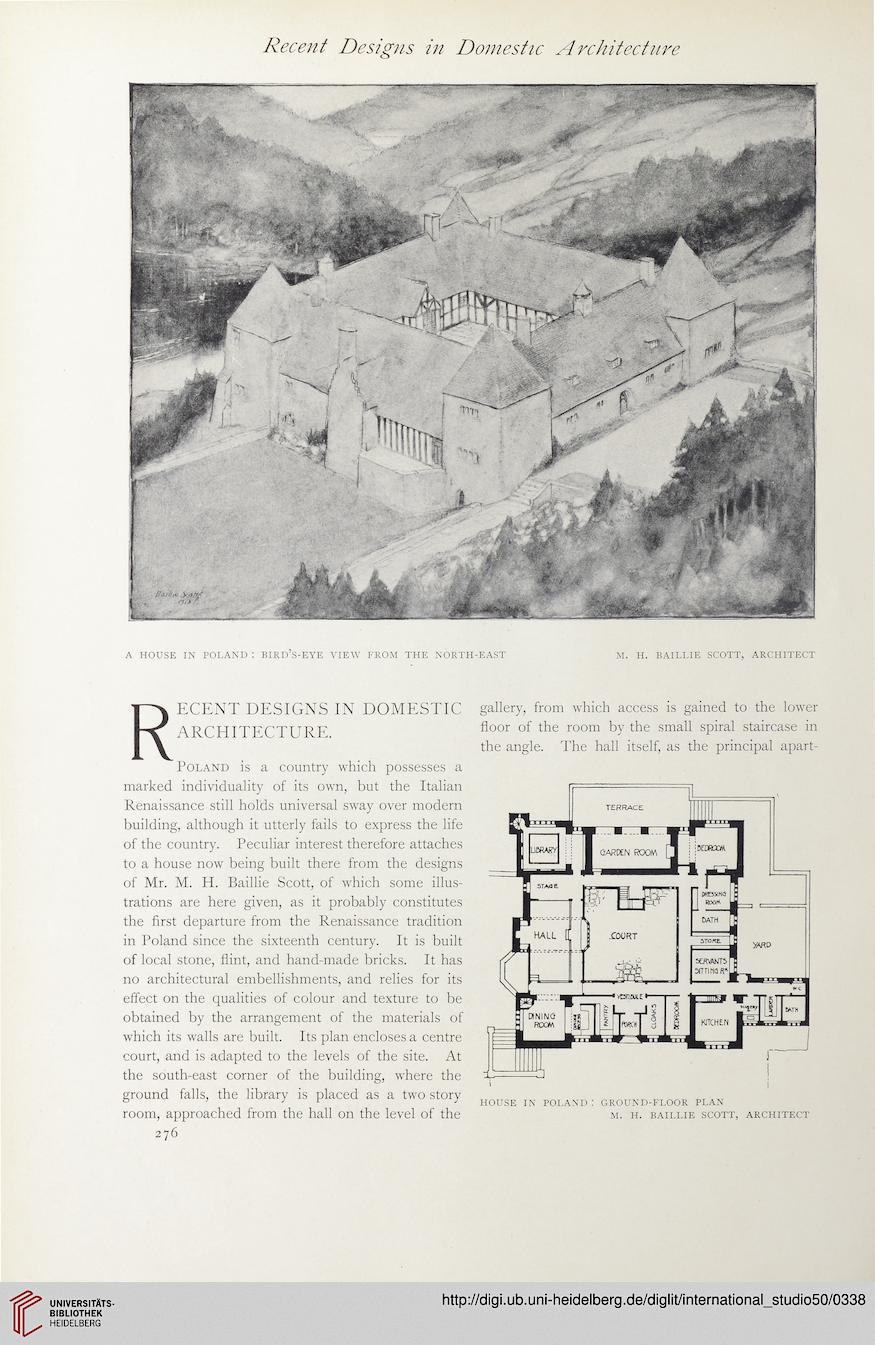 
A HOUSE IN POLAND : BIRD’S-EYE VIEW FROM THE NORTH-EAST

Recent designs in domestic
ARCHITECTURE.
Poland is a country which possesses a
marked individuality of its own, but the Italian
Renaissance still holds universal sway over modern
building, although it utterly fails to express the life
of the country. Peculiar interest therefore attaches
to a house now being built there from the designs
of Mr. M. H. Baillie Scott, of which some illus-
trations are here given, as it probably constitutes
the first departure from the Renaissance tradition
in Poland since the sixteenth century. It is built
of local stone, flint, and hand-made bricks. It has
no architectural embellishments, and relies for its
effect on the qualities of colour and texture to be
obtained by the arrangement of the materials of
which its walls are built. Its plan encloses a centre
court, and is adapted to the levels of the site. At
the south-east corner of the building, where the
ground falls, the library is placed as a two story
room, approached from the hall on the level of the
276

gallery, from which access is gained to the lower
floor of the room by the small spiral staircase in
the angle. The hall itself, as the principal apart-