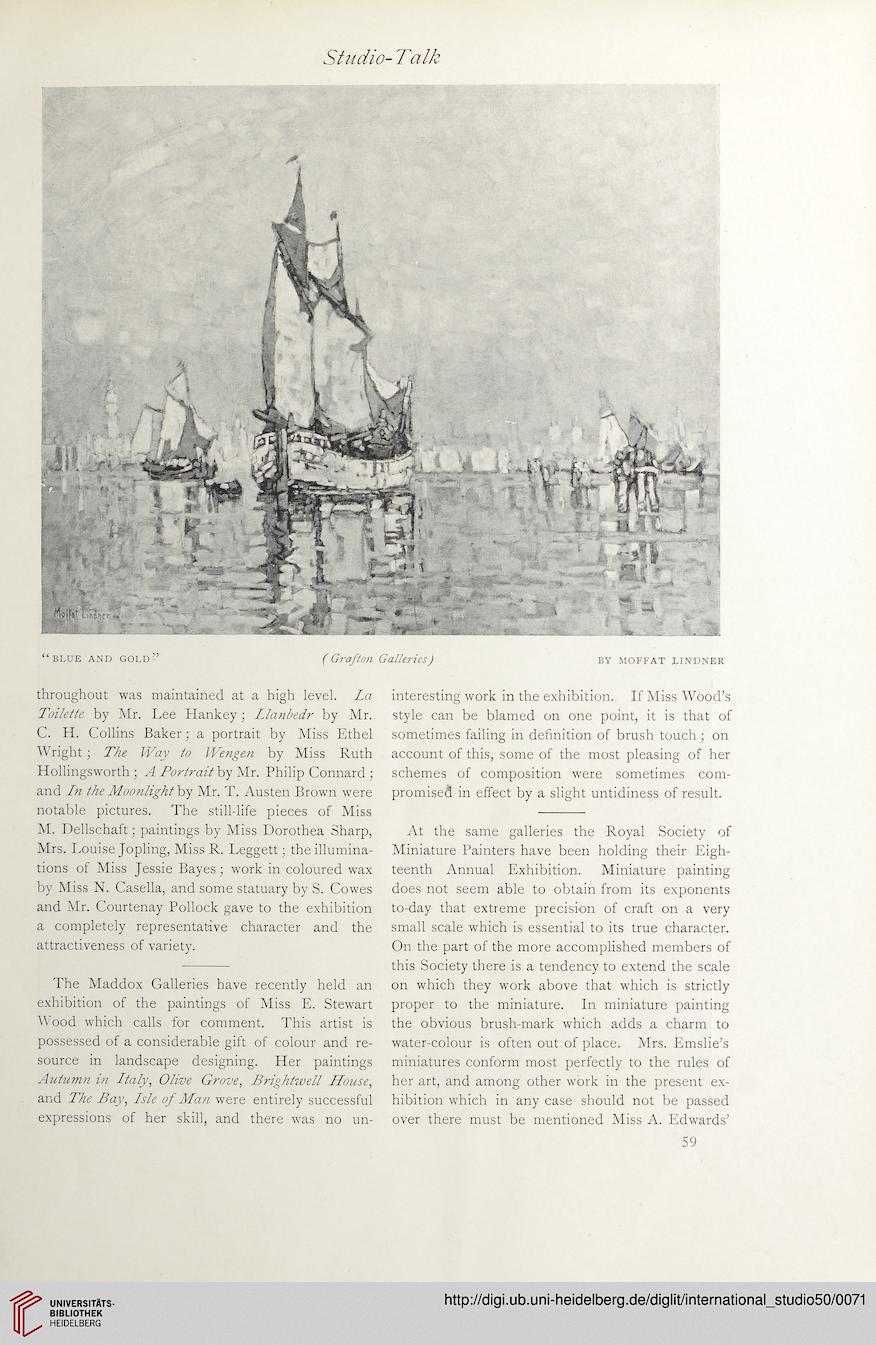 
throughout was maintained at a high level. La
Toilette by Mr. Lee Hankey ; Llanbedr by Mr.
C. H. Collins Baker; a portrait by Miss Ethel
Wright; The Way to Wengen by Miss Ruth
Hollingsworth ; A Portrait by Mr. Philip Connard ;
and In the Moonlight Mr. T. Austen Brown were
notable pictures. The still-life pieces of Miss
M. Dellschaft; paintings by Miss Dorothea Sharp,
Mrs. Louise Jopling, Miss R. Leggett; the illumina-
tions of Miss Jessie Bayes; work in coloured wax
by Miss N. Casella, and some statuary by S. Cowes
and Mr. Courtenay Pollock gave to the exhibition
a completely representative character and the
attractiveness of variety.
The Maddox Galleries have recently held an
exhibition of the paintings of Miss E. Stewart
Wood which calls for comment. This artist is
possessed of a considerable gift of colour and re-
source in landscape designing. Her paintings
Autumn in Italy, Olive Grove, Brightwell House,
and The Bay, Isle of Man were entirely successful
expressions of her skill, and there was no un-

interesting work in the exhibition. If Miss Wood’s
style can be blamed on one point, it is that of
sometimes failing in definition of brush touch; on
account of this, some of the most pleasing of her
schemes of composition were sometimes com-
promised in effect by a slight untidiness of result.
At the same galleries the Royal Society of
Miniature Painters have been holding their Eigh-
teenth Annual Exhibition. Miniature painting
does not seem able to obtain from its exponents
to-day that extreme precision of craft on a very
small scale which is essential to its true character.
On the part of the more accomplished members of
this Society there is a tendency to extend the scale
on which they work above that which is strictly
proper to the miniature. In miniature painting
the obvious brush-mark which adds a charm to
water-colour is often out of place. Mrs. Emslie’s
miniatures conform most perfectly to the rules of
her art, and among other work in the present ex-
hibition which in any case should not be passed
over there must be mentioned Miss A. Edwards’