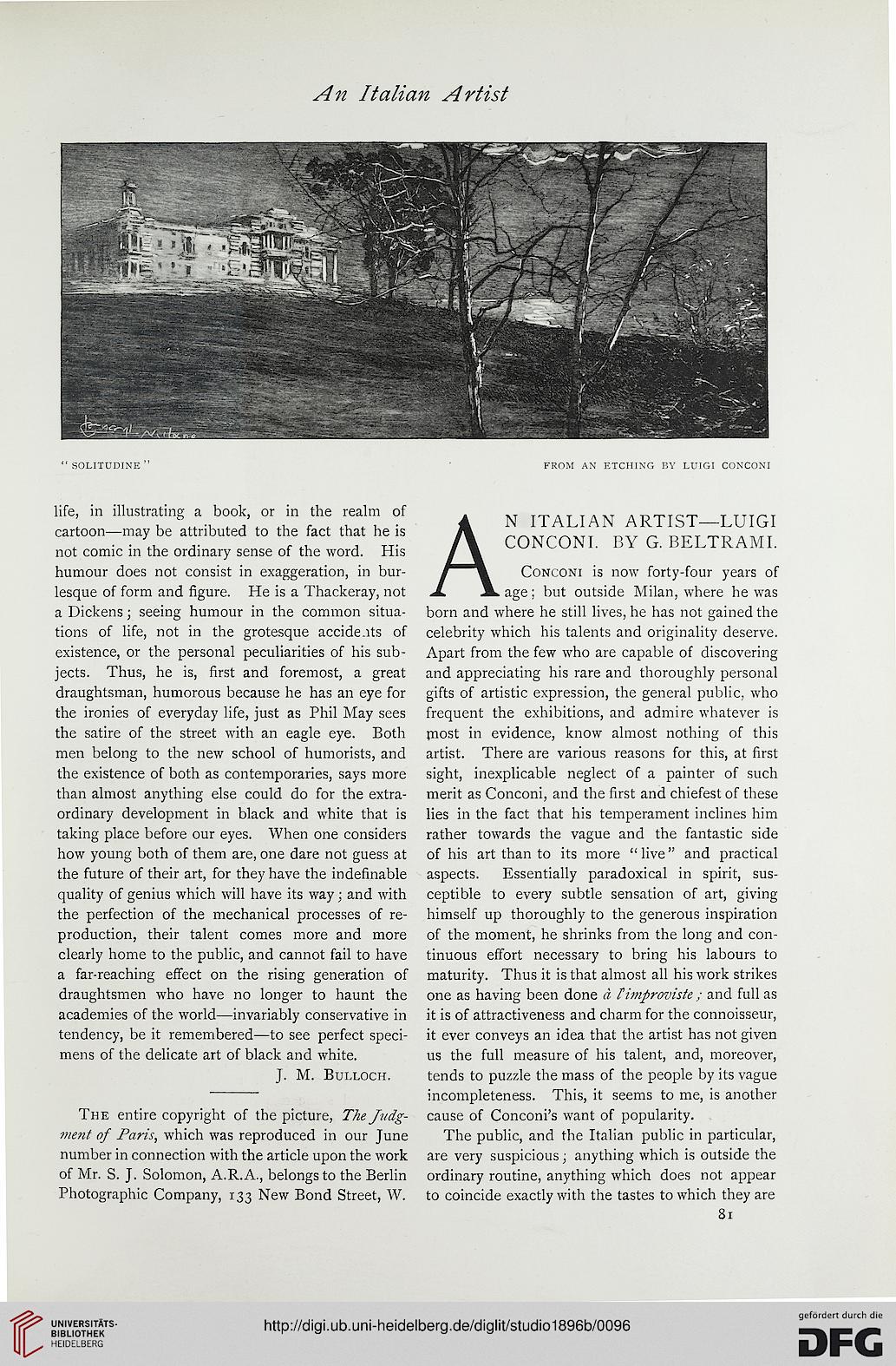 life, in illustrating a book, or in the realm of
cartoon—may be attributed to the fact that he is
not comic in the ordinary sense of the word. His
humour does not consist in exaggeration, in bur-
lesque of form and figure. He is a Thackeray, not
a Dickens; seeing humour in the common situa-
tions of life, not in the grotesque accidents of
existence, or the personal peculiarities of his sub-
jects. Thus, he is, first and foremost, a great
draughtsman, humorous because he has an eye for
the ironies of everyday life, just as Phil May sees
the satire of the street with an eagle eye. Both
men belong to the new school of humorists, and
the existence of both as contemporaries, says more
than almost anything else could do for the extra-
ordinary development in black and white that is
taking place before our eyes. When one considers
how young both of them are, one dare not guess at
the future of their art, for they have the indefinable
quality of genius which will have its way; and with
the perfection of the mechanical processes of re-
production, their talent comes more and more
clearly home to the public, and cannot fail to have
a far-reaching effect on the rising generation of
draughtsmen who have no longer to haunt the
academies of the world—invariably conservative in
tendency, be it remembered—to see perfect speci-
mens of the delicate art of black and white.

The entire copyright of the picture, The Judg-
ment of Paris, which was reproduced in our June
number in connection with the article upon the work
of Mr. S. J. Solomon, A.R. A., belongs to the Berlin
Photographic Company, 133 New Bond Street, W.

AN ITALIAN ARTIST—LUIGI
CONCONI. BY G. BELTRAMI.
Conconi is now forty-four years of
age; but outside Milan, where he was
born and where he still lives, he has not gained the
celebrity which his talents and originality deserve.
Apart from the few who are capable of discovering
and appreciating his rare and thoroughly personal
gifts of artistic expression, the general public, who
frequent the exhibitions, and admire whatever is
most in evidence, know almost nothing of this
artist. There are various reasons for this, at first
sight, inexplicable neglect of a painter of such
merit as Conconi, and the first and chiefest of these
lies in the fact that his temperament inclines him
rather towards the vague and the fantastic side
of his art than to its more "live" and practical
aspects. Essentially paradoxical in spirit, sus-
ceptible to every subtle sensation of art, giving
himself up thoroughly to the generous inspiration
of the moment, he shrinks from the long and con-
tinuous effort necessary to bring his labours to
maturity. Thus it is that almost all his work strikes
one as having been done a timproviste ; and full as
it is of attractiveness and charm for the connoisseur,
it ever conveys an idea that the artist has not given
us the full measure of his talent, and, moreover,
tends to puzzle the mass of the people by its vague
incompleteness. This, it seems to me, is another
cause of Conconi's want of popularity.

The public, and the Italian public in particular,
are very suspicious; anything which is outside the
ordinary routine, anything which does not appear
to coincide exactly with the tastes to which they are