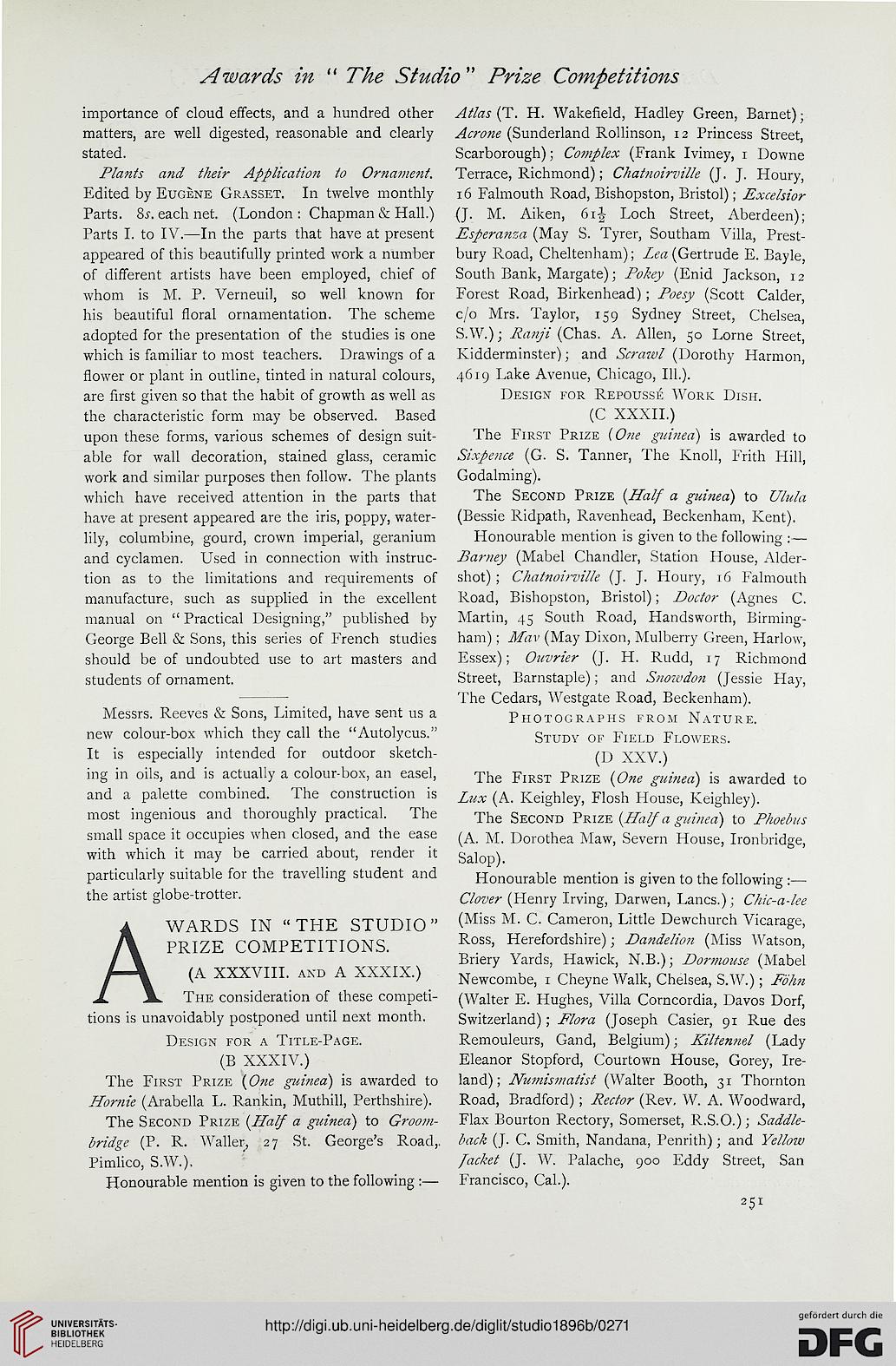 Parts I. to IV.—In the parts that have at present Esperanza (May S. Tyrer, Southam Villa, Prest-

adopted for the presentation of the studies is one S.W.); Ranji (Chas. A. Allen, 50 Lome Street,

which is familiar to most teachers. Drawings of a Kidderminster); and Scrawl (Dorothy Harmon,

flower or plant in outline, tinted in natural colours, 4619 Lake Avenue, Chicago, 111.),
are first given so that the habit of growth as well as Design for Repousse Work Dish.

the characteristic form may be observed. Based (C XXXII.)

upon these forms, various schemes of design suit- The First Prize (One guinea) is awarded to

work and similar purposes then follow. The plants Godalming).

tion as to the limitations and requirements of shot) ; Chatnoirville (J. J. Houry, 16 Falmouth

manufacture, such as supplied in the excellent Road, Bishopston, Bristol); Doctor (Agnes C.

should be of undoubted use to art masters and Essex); Ouvrier (J. H. Rudd, 17 Richmond

Messrs. Reeves & Sons, Limited, have sent us a Photographs from Nature

new colour-box which they call the "Autolycus." Study of Field Flowers.

It is especially intended for outdoor sketch- ^rj XXV)

ing in oils, and is actually a colour-box, an easel, The FlRST Prize ^0ne guinea} js awarded to

and a palette combined. The construction is Lux (A> Keighley, Flosh House, Keighley).

most ingenious and thoroughly practical. The The Second Prize (Haifa guinea) to Phoebus

small space it occupies when closed, and the ease (A M_ Dorothea Maw, Severn House, Ironbridge,

with which it may be carried about, render it Salop).

particularly suitable for the travelling student and Honourable mention is given to the following :—