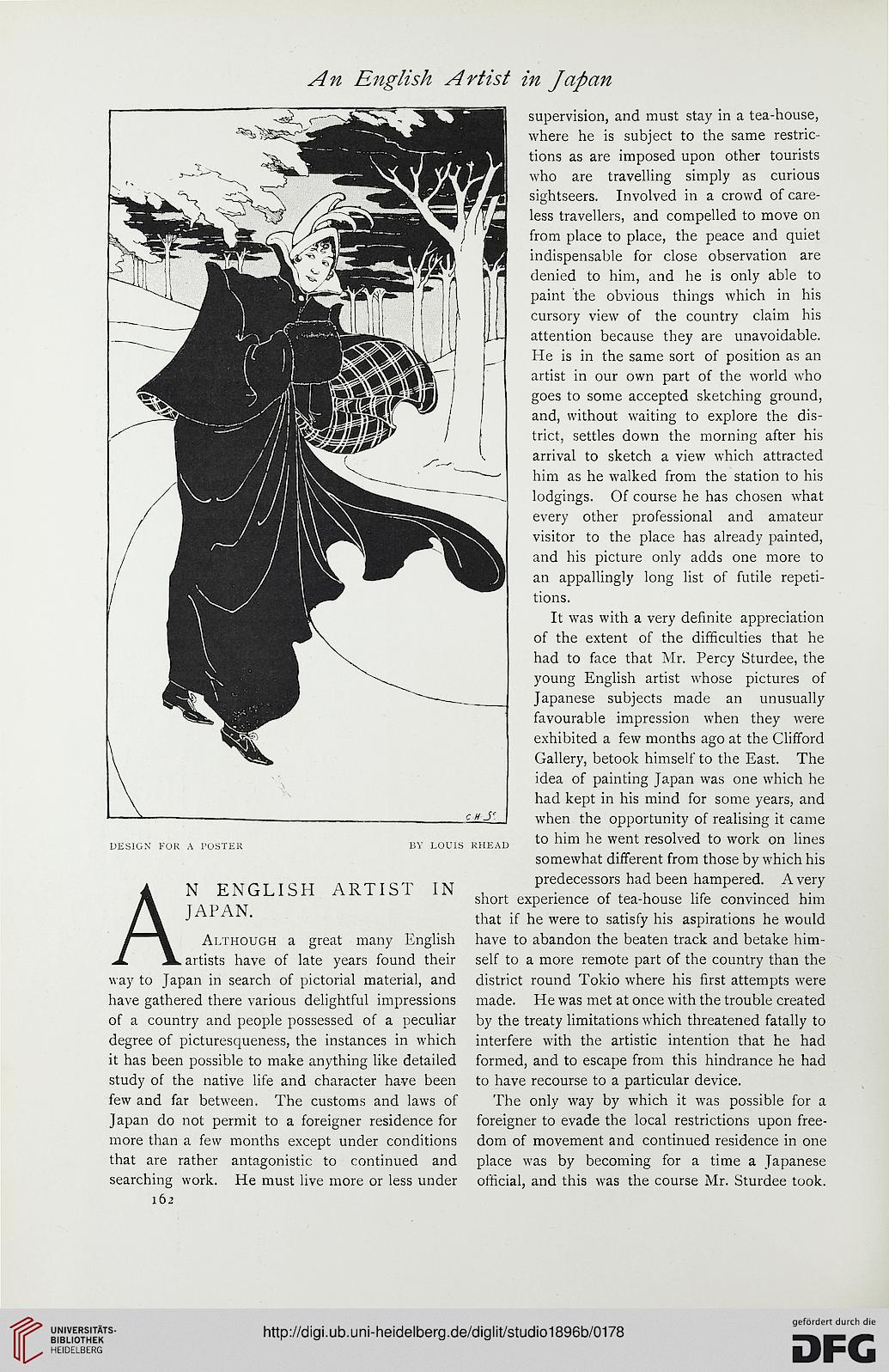 Information about OCR text
An English Artist in Japan

supervision, and must stay in a tea-house,
where he is subject to the same restric-
tions as are imposed upon other tourists
who are travelling simply as curious
sightseers. Involved in a crowd of care-
less travellers, and compelled to move on
from place to place, the peace and quiet
indispensable for close observation are
denied to him, and he is only able to
paint the obvious things which in his
cursory view of the country claim his
attention because they are unavoidable.
He is in the same sort of position as an
artist in our own part of the world who
goes to some accepted sketching ground,
and, without waiting to explore the dis-
trict, settles down the morning after his
arrival to sketch a view which attracted
him as he walked from the station to his
lodgings. Of course he has chosen what
every other professional and amateur
visitor to the place has already painted,
and his picture only adds one more to
an appallingly long list of futile repeti-
tions.

It was with a very definite appreciation
of the extent of the difficulties that he
had to face that Mr. Percy Sturdee, the
young English artist whose pictures of
Japanese subjects made an unusually
favourable impression when they were
exhibited a few months ago at the Clifford
Gallery, betook himself to the East. The
idea of painting Japan was one which he
had kept in his mind for some years, and
when the opportunity of realising it came

somewhat different from those by which his

AN ENGLISH ARTIST IN predecessors had been hampered. Avery
short experience of tea-house life convinced him
JA1 AN. tkat •£ ^e were tQ satisfy hjs aspirations he would
Al though a great many English have to abandon the beaten track and betake him-
artists have of late years found their self to a more remote part of the country than the
way to Japan in search of pictorial material, and district round Tokio where his first attempts were
have gathered there various delightful impressions made. He was met at once with the trouble created
of a country and people possessed of a peculiar by the treaty limitations which threatened fatally to
degree of picturesqueness, the instances in which interfere with the artistic intention that he had
it has been possible to make anything like detailed formed, and to escape from this hindrance he had
study of the native life and character have been to have recourse to a particular device,
few and far between. The customs and laws of The only way by which it was possible for a
Japan do not permit to a foreigner residence for foreigner to evade the local restrictions upon free-
more than a few months except under conditions dom of movement and continued residence in one
that are rather antagonistic to continued and place was by becoming for a time a Japanese
searching work. He must live more or less under official, and this was the course Mr. Sturdee took.
162