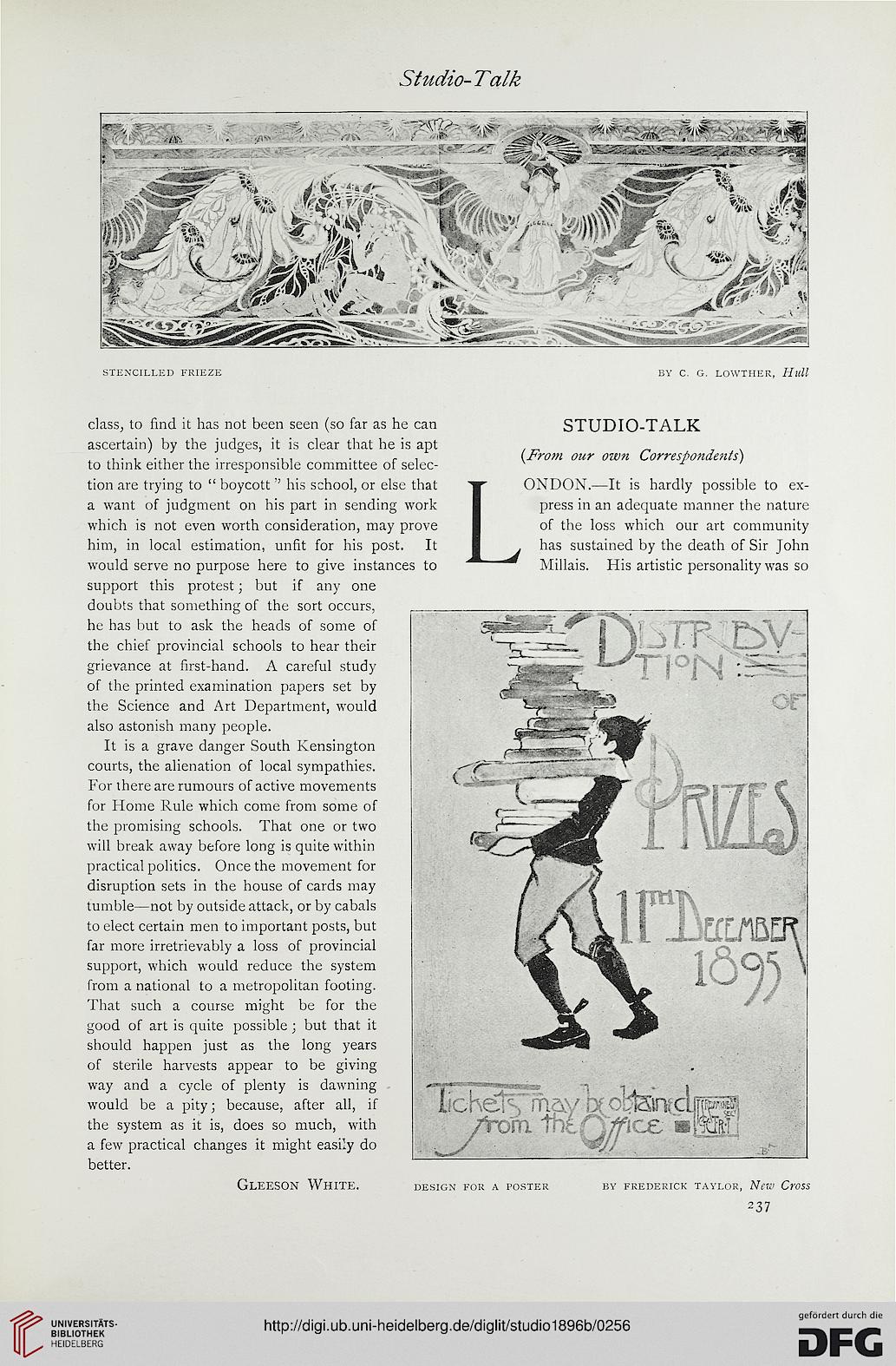 Information about OCR text
class, to find it has not been seen (so far as he can STUDIO-TALK
ascertain) by the judges, it is clear that he is apt
to think either the irresponsible committee of selec-

tion are trying to " boycott " his school, or else that ONDON.—It is hardly possible to ex-

which is not even worth consideration, may prove of the loss which our art community

him, in local estimation, unfit for his post. It . has sustained by the death of Sir John

would serve no purpose here to give instances to Millais. His artistic personality was so

support this protest; but if any one
doubts that something of the sort occurs,
he has but to ask the heads of some of
the chief provincial schools to hear their
grievance at first-hand. A careful study
of the printed examination papers set by
the Science and Art Department, would
also astonish many people.

It is a grave danger South Kensington
courts, the alienation of local sympathies.
For there are rumours of active movements
for Home Rule which come from some of
the promising schools. That one or two
will break away before long is quite within
practical politics. Once the movement for
disruption sets in the house of cards may
tumble—not by outside attack, or by cabals
to elect certain men to important posts, but
far more irretrievably a loss of provincial
support, which would reduce the system
from a national to a metropolitan footing.
That such a course might be for the
good of art is quite possible ; but that it
should happen just as the long years
of sterile harvests appear to be giving
way and a cycle of plenty is dawning
would be a pity; because, after all, if
the system as it is, does so much, with
a few practical changes it might easily do
better.