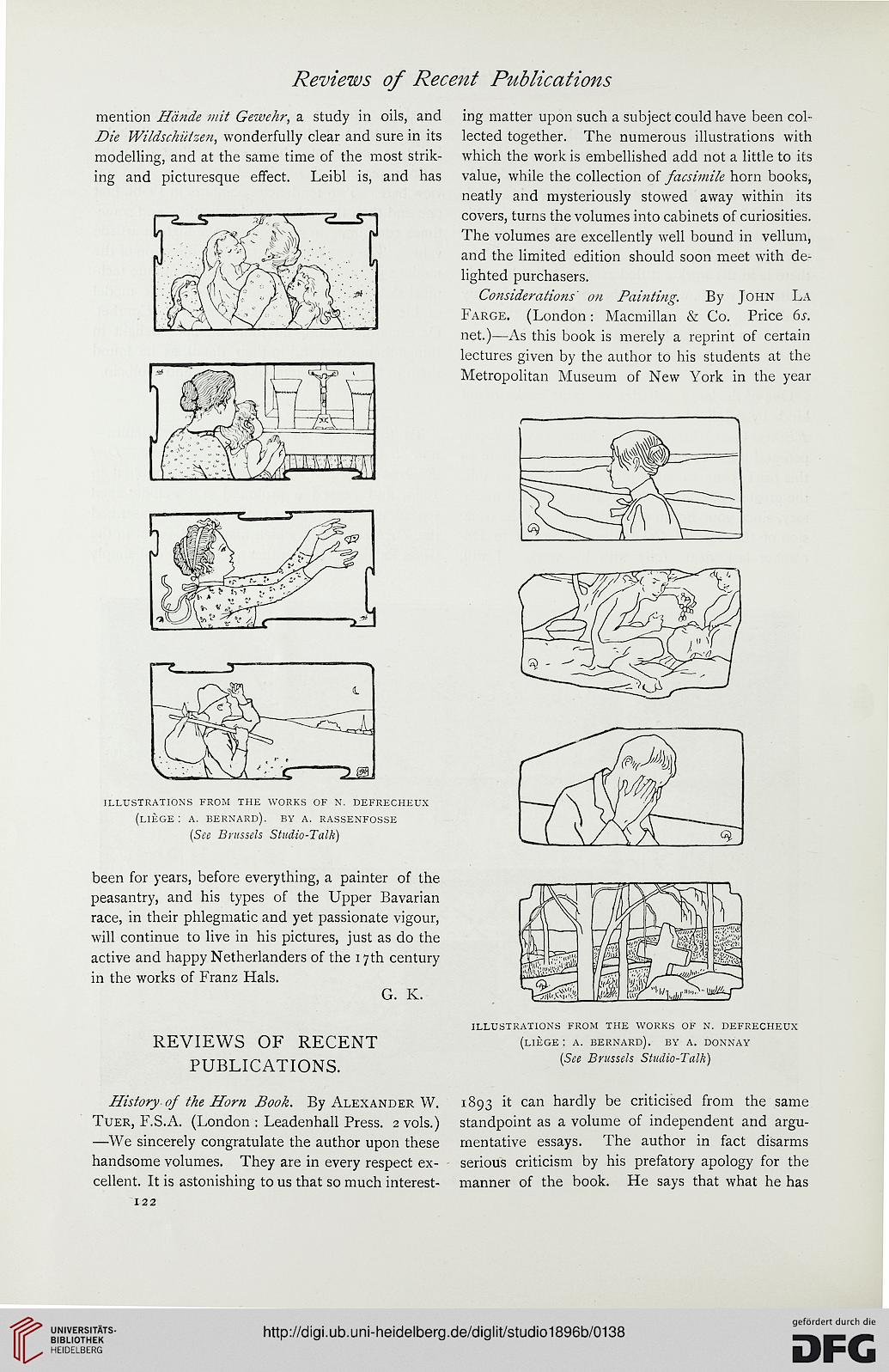 mention Hdnde mit Gewehr, a study in oils, and
Die Wildschiiizen, wonderfully clear and sure in its
modelling, and at the same time of the most strik-
ing and picturesque effect. Leibl is, and has

illustrations from the works of n. defrecheux
(liege: a. Bernard), by a. rassenfosse
(See Brussels Studio-Talk)

been for years, before everything, a painter of the.
peasantry, and his types of the Upper Bavarian
race, in their phlegmatic and yet passionate vigour,
will continue to live in his pictures, just as do the
active and happy Netherlanders of the 17th century
in the works of Franz Hals.

History of the Horn Book. By Alexander W.
Tuer, F.S.A. (London : Leadenhall Press. 2 vols.)
—We sincerely congratulate the author upon these
handsome volumes. They are in every respect ex-
cellent. It is astonishing to us that so much interest-

ing matter upon such a subject could have been col-
lected together. The numerous illustrations with
which the work is embellished add not a little to its
value, while the collection of facsimile horn books,
neatly and mysteriously stowed away within its
covers, turns the volumes into cabinets of curiosities.
The volumes are excellently well bound in vellum,
and the limited edition should soon meet with de-
lighted purchasers.

Considerations' on Painting. By John La
Farge. (London: Macmillan & Co. Price 6s.
net.)—As this book is merely a reprint of certain
lectures given by the author to his students at the
Metropolitan Museum of New York in the year

illustrations from the works of n. defrecheux
(liege: a. Bernard), by a. donnay
(See Brussels Studio-Talk)

1893 it can hardly be criticised from the same
standpoint as a volume of independent and argu-
mentative essays. The author in fact disarms
serious criticism by his prefatory apology for the
manner of the book. He says that what he has