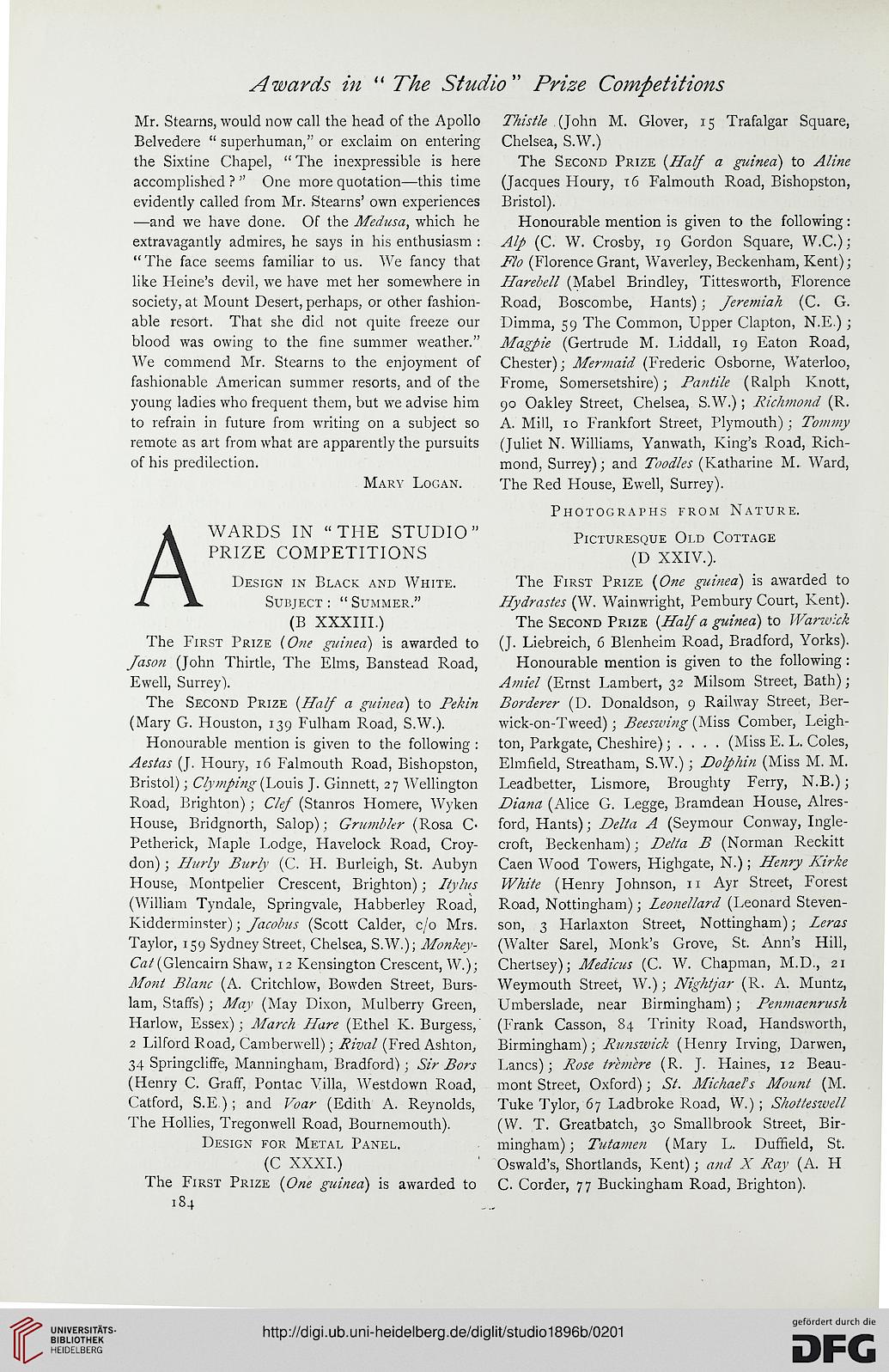 Mr. Stearns, would now call the head of the Apollo
Belvedere " superhuman," or exclaim on entering
the Sixtine Chapel, " The inexpressible is here
accomplished ? " One more quotation—this time
evidently called from Mr. Stearns' own experiences
—and we have done. Of the Medusa, which he
extravagantly admires, he says in his enthusiasm :
"The face seems familiar to us. We fancy that
like Heine's devil, we have met her somewhere in
society, at Mount Desert, perhaps, or other fashion-
able resort. That she did not quite freeze our
blood was owing to the fine summer weather."
We commend Mr. Stearns to the enjoyment of
fashionable American summer resorts, and of the
young ladies who frequent them, but we advise him
to refrain in future from writing on a subject so
remote as art from what are apparently the pursuits
of his predilection.

AWARDS IN "THE STUDIO"
PRIZE COMPETITIONS
Design in Black and White.
Subject : " Summer."
(B XXXIII.)
The First Prize {One guinea) is awarded to
Jason (John Thirtle, The Elms, Banstead Road,
Ewell, Surrey).

The First Prize {One guinea) is awarded to
184