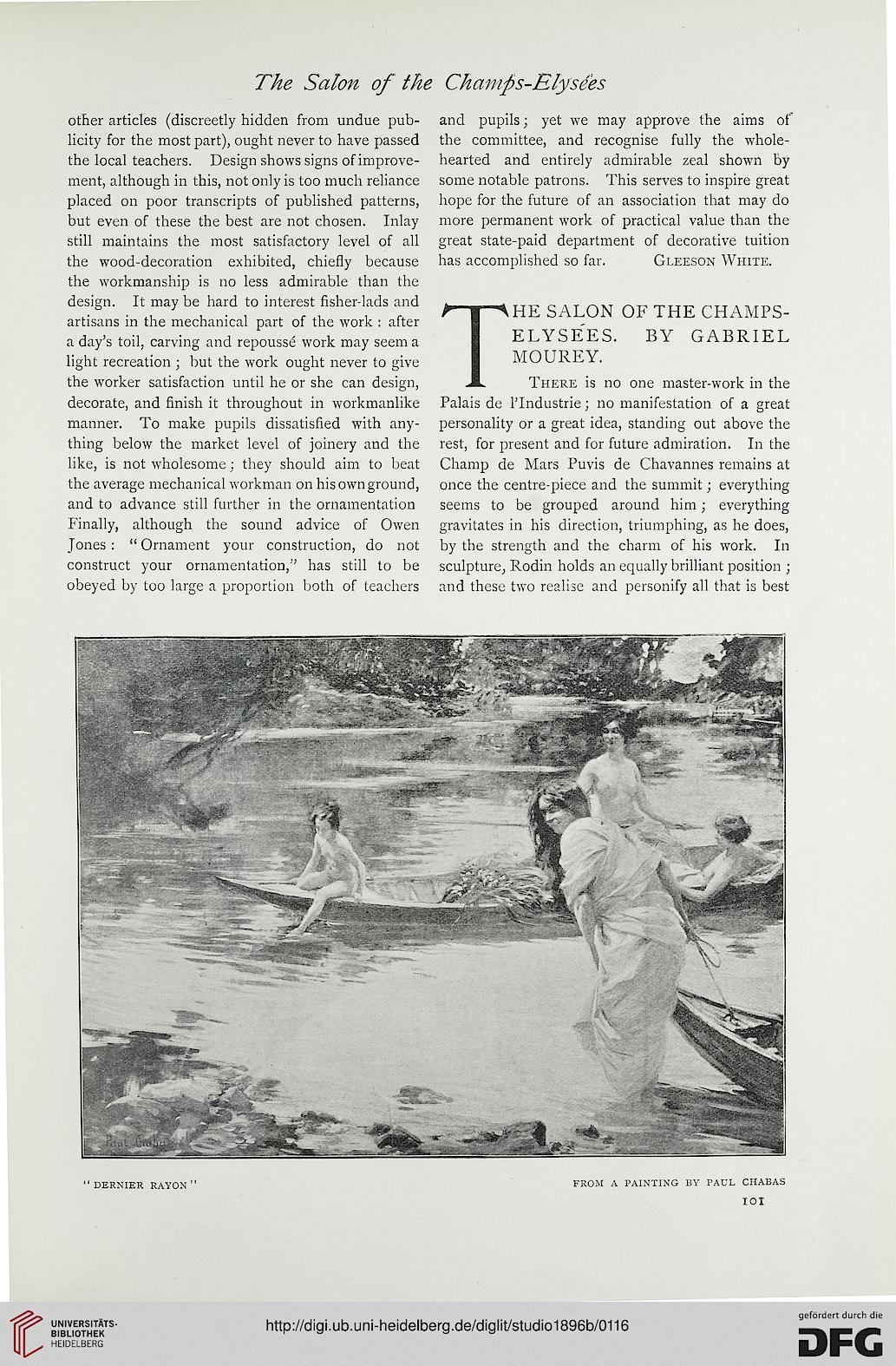 other articles (discreetly hidden from undue pub-
licity for the most part), ought never to have passed
the local teachers. Design shows signs of improve-
ment, although in this, not only is too much reliance
placed on poor transcripts of published patterns,
but even of these the best are not chosen. Inlay
still maintains the most satisfactory level of all
the wood-decoration exhibited, chiefly because
the workmanship is no less admirable than the
design. It may be hard to interest fisher-lads and
artisans in the mechanical part of the work : after
a day's toil, carving and repousse work may seem a
light recreation ; but the work ought never to give
the worker satisfaction until he or she can design,
decorate, and finish it throughout in workmanlike
manner. To make pupils dissatisfied with any-
thing below the market level of joinery and the
like, is not wholesome; they should aim to beat
the average mechanical workman on his own ground,
and to advance still further in the ornamentation
Finally, although the sound advice of Owen
Jones : " Ornament your construction, do not
construct your ornamentation," has still to be
obeyed by too large a proportion both of teachers

and pupils; yet we may approve the aims of
the committee, and recognise fully the whole-
hearted and entirely admirable zeal shown by
some notable patrons. This serves to inspire great
hope for the future of an association that may do
more permanent work of practical value than the
great state-paid department of decorative tuition
has accomplished so far. Gleeson White.

THE SALON OF THE CHAMPS-
ELYSEES. BY GABRIEL
MOUREY.
There is no one master-work in the
Palais de PIndustrie; no manifestation of a great
personality or a great idea, standing out above the
rest, for present and for future admiration. In the
Champ de Mars Puvis de Chavannes remains at
once the centre-piece and the summit; everything
seems to be grouped around him; everything
gravitates in his direction, triumphing, as he does,
by the strength and the charm of his work. In
sculpture, Rodin holds an equally brilliant position ;
and these two realise and personify all that is best

FROM A PAINTING BY PAUL CHABAS