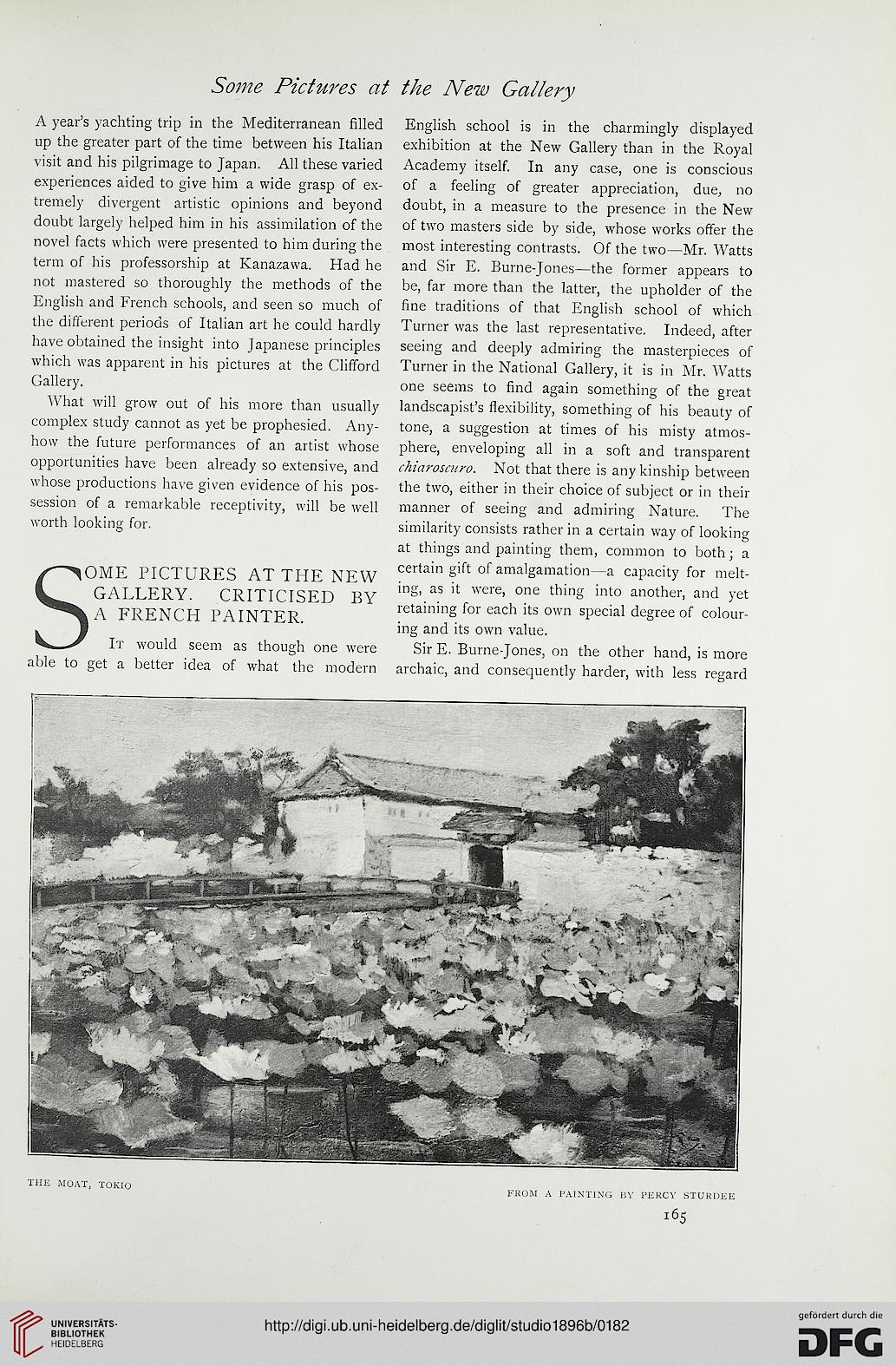 Hinweise zum OCR-Text
Some Pictures at the New Gallery

visit and his pilgrimage to Japan. All these varied Academy itself. In any case, one is conscious

experiences aided to give him a wide grasp of ex- of a feeling of greater appreciation, due, no

tremely divergent artistic opinions and beyond doubt, in a measure to the presence in the New

doubt largely helped him in his assimilation of the of two masters side by side, whose works offer the

novel facts which were presented to him during the most interesting contrasts. Of the two—Mr. Watts

term of his professorship at Kanazawa. Had he and Sir E. Burne-Jones—the former appears to

not mastered so thoroughly the methods of the be, far more than the latter, the upholder of the

English and French schools, and seen so much of fine traditions of that English school of which

the different periods of Italian art he could hardly Turner was the last representative. Indeed, after

which was apparent in his pictures at the Clifford Turner in the National Gallery, it is in Mr. Watts

Gallery. one seems to find again something of the great

What will grow out of his more than usually landscapist's flexibility, something of his beauty of

complex study cannot as yet be prophesied. Any- tone, a suggestion at times of his misty atmos-

how the future performances of an artist whose phere, enveloping all in a soft and transparent

opportunities have been already so extensive, and chiaroscuro. Not that there is any kinship between

whose productions have given evidence of his pos- the two, either in their choice of subject or in their

session of a remarkable receptivity, will be well manner of seeing and admiring Nature. The

worth looking for. similarity consists rather in a certain way of looking

at things and painting them, common to both; a

retaining for each its own special degree of colour-
ing and its own value.

It would seem as though one were Sir E. Burne-Jones, on the other hand, is more
able to get a better idea of what the modern archaic, and consequently harder, with less regard

THE MOAT, TOKIO FROM A PAINTING BY PERCY STURDEE