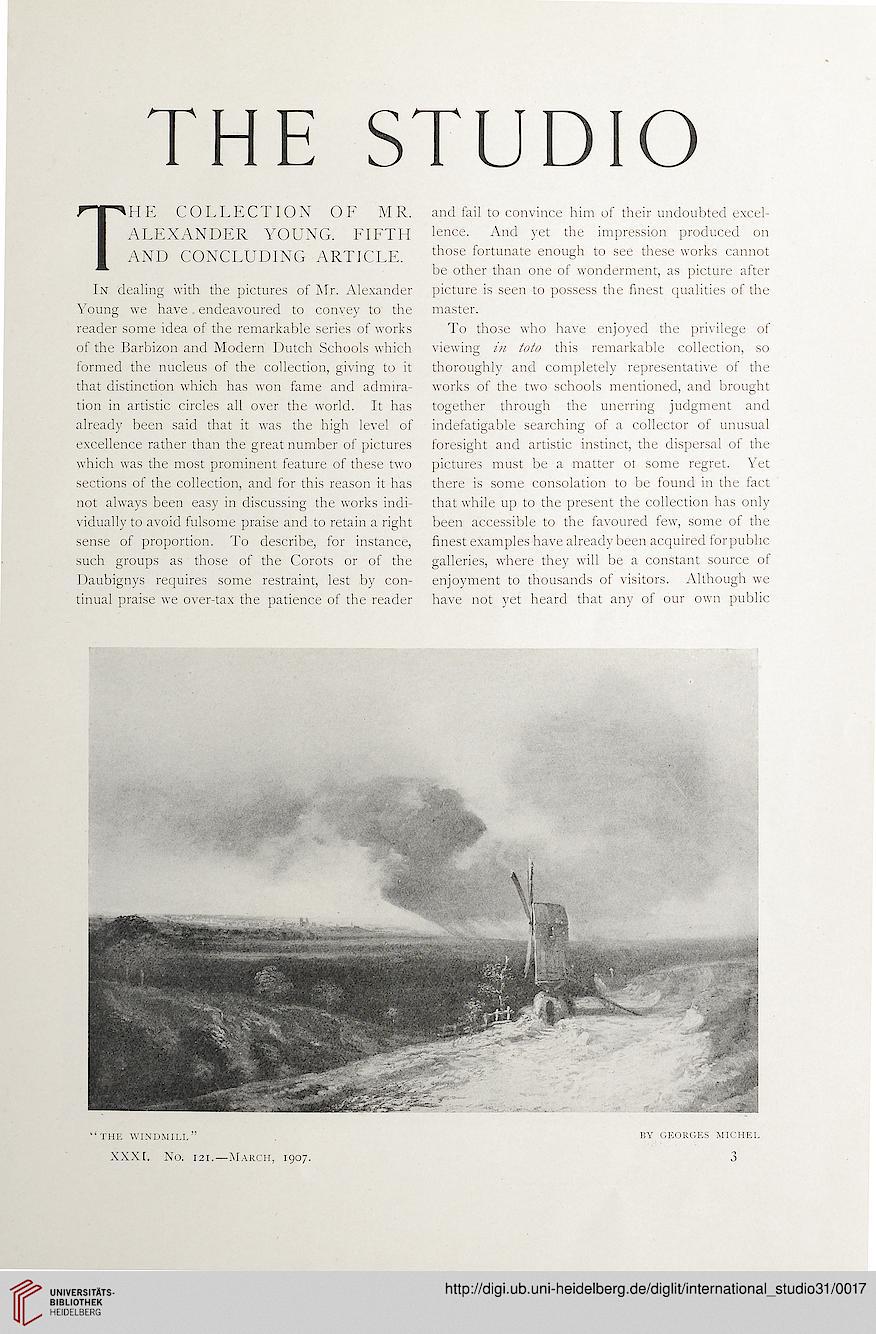 The collection oe mr.
ALEXANDER YOUNG. FIFTH
AND CONCLUDING ARTICLE.
In dealing with the pictures of Mr. Alexander
Young we have endeavoured to convey to the
reader some idea of the remarkable series of works
of the Barbizon and Modern Dutch Schools which
formed the nucleus of the collection, giving to it
that distinction which has won fame and admira-
tion in artistic circles all over the world. It has
already been said that it was the high level of
excellence rather than the great number of pictures
which was the most prominent feature of these two
sections of the collection, and for this reason it has
not always been easy in discussing the works indi-
vidually to avoid fulsome praise and to retain a right
sense of proportion. To describe, for instance,
such groups as those of the Corots or of the
Daubignys requires some restraint, lest by con-
tinual praise we over-tax the patience of the reader

and fail to convince him of their undoubted excel-
lence. And yet the impression produced on
those fortunate enough to see these works cannot
be other than one of wonderment, as picture after
picture is seen to possess the finest qualities of the
master.
To those who have enjoyed the privilege of
viewing in toto this remarkable collection, so
thoroughly and completely representative of the
works of the two schools mentioned, and brought
together through the unerring judgment and
indefatigable searching of a collector of unusual
foresight and artistic instinct, the dispersal of the
pictures must be a matter ot some regret. Yet
there is some consolation to be found in the fact
that while up to the present the collection has only
been accessible to the favoured few, some of the
finest examples have already been acquired for public
galleries, where they will be a constant source of
enjoyment to thousands of visitors. Although we
have not yet heard that any of our own public